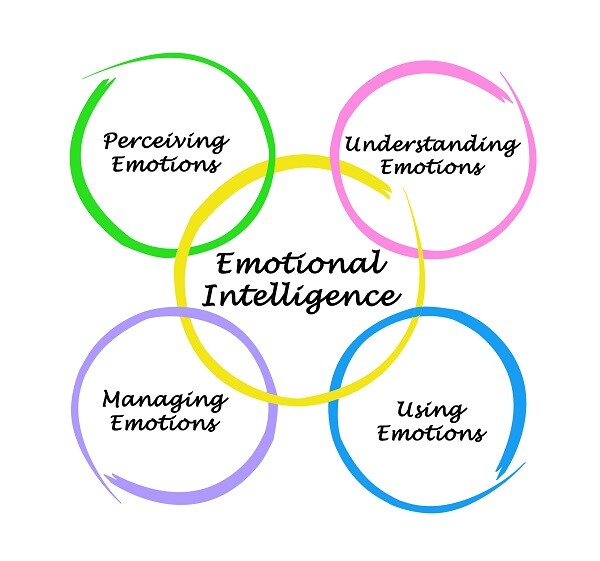 Since Daniel Goleman published his groundbreaking book, Emotional Intelligence, more than two decades ago, this concept has helped us appreciate the multiple types of intelligence beyond IQ, and recognize that EQ is actually a better predictor of success in life and business than cognitive intelligence. While being smart can help to excel in school and obtain competitive jobs initially, long-term effectiveness requires interacting with others, building relationships, promoting collaboration and having the requisite resilience to deal with the inevitable obstacles that occur.

EQ requires awareness of one’s own emotions and the emotions of others, and using such knowledge to guide thinking and action. This begins with understanding one's own emotional reactions to situations and people (self-awareness), then making better, more informed decisions about how to react (self-management). Without this foundational understanding, people are reactive and may respond ineffectively to situations. Self-knowledge is what makes it possible to then become more attuned to the emotions of others (social awareness) and then be choose more effectively how to respond (relationship management).

Research across multiple industries and job functions has demonstrated that EQ makes a significant difference in on-the-job productivity:

Whether in leadership, sales, technical, or other roles, EQ helps people to interact with others so we demonstrate:
Right Response —> Right Time —> Right Person

With the rate of change and complexity in today’s organizations, EQ is more important than ever. Levels of stress have increased exponentially as a result of the increasing requirement to “do more with less,” and other factors. In fact, according to the report Attitudes in the American Workplace VII, 40 percent report their jobs as “very” or “extremely’ stressful. Stress triggers our primitive “fight or flight” responses and promotes tunnel vision—an adaptive mechanism for ancient cave dwellers fleeing predatory animals, but highly ineffective when today’s leaders are trying to influence others to support a change initiative or working across functions that have competing priorities.

Increasingly, we are working across borders, cultures, and very diverse team members—driven by changing demographics and globalization. These changes make EQ foundational for success. However, EQ is not enough: we also need Diversity & Inclusion practices to become embedded into our organizations to maximize talent and marketplace opportunities.

To fully engage with today’s workforce, organizations are recognizing that Diversity & Inclusion (D&I) has become a business imperative to attract and retain the best talent. This requires sensitivity and awareness that diversity has myriad visible dimensions, including gender, generational differences, race, and ethnicity, while other factors such as sexual orientation, education, religion, and culture may be  below the surface or not immediately apparent.

Recent findings from neuroscience has revealed that we all have “unconscious bias” hardwired into us, which enabled our species to spot danger quickly, assessing friend vs. foe; this immediate response is highly dysfunctional in today’s world. As discussed in Blindspot: Hidden Biases of Good People, by Mahzarin Banaji and Anthony Greenwald, hidden biases are universal. They influence all kinds of workplace dynamics, including who gets promoted, who is in the “go to” circle and who has access to important information.

Even well-intentioned people may be unaware that they have a higher comfort level with one group and consequently may engage in “micro-inequities” without even realizing it, making comments or acting in a way that undermines individuals seen as different. Examples include:

Researcher David Rock reported that the feeling of being excluded provokes a similar reaction in the brain that physical pain may cause—clearly not conducive to promoting high performance!
Because these biases are often unconscious, leveraging EQ may not be sufficient to create an inclusive environment. To test your own unconscious bias, go to https://implicit.harvard.edu/implicit.

Moving the needle on D&I will require systemic, organizational change (see http://www.astd.org/Publications/Blogs/Human-Capital-Blog/2013/06/Obtaining-Star-Results-from-Diversity-Inclusion), and promoting positive interpersonal relationships. To be smart about D&I, build on a foundation of EQ while using a diversity lens.

What does your organization do to become smarter about creating a workplace environment that is inclusive?