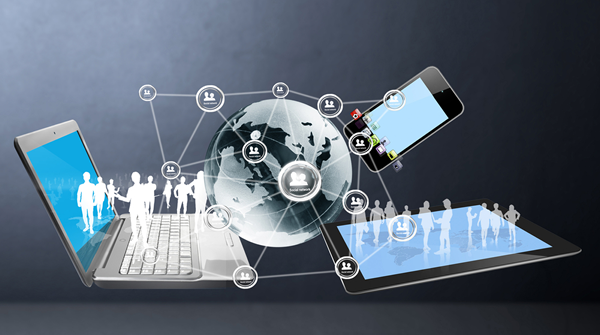 Social Business Tools Are Transforming the Way We Work

Social business, the use of social network platforms for workplace communication and collaboration, is so new that it is not on the radar of many business leaders. Many executives still think social networks are primarily a marketing tool (for example, a Facebook page and a Twitter feed).

However, a few cutting-edge businesses are harnessing the power of social platforms to actually facilitate workplace productivity. Sharing information, ideas, and feedback in real time on an interactive online platform has the power to transform the way we work. I believe social networks for business are the most important innovation in the modern workplace since PCs and the Internet.

Although the first generation of social business platforms began emerging only five years ago, a second generation of tools is now being introduced. They are designed to keep communication flowing, but do so in more structured, strategy-aligned ways that can truly boost productivity.

Some of the first entries in the social business marketplace were Yammer, Rypple, and NationalField, all of which came out in 2008. Saba released its first social networking solutions for HR in 2009, and Mango Apps, 7Geese, and Globoforce came along in 2010.

Yammer, which has been acquired by Microsoft, originally described itself as “Facebook for business.” Rypple, bought by Salesforce.com and rebranded as Work.com, gives companies an online motivational and coaching tool. Globoforce invites supervisors and peers to encourage each other with positive feedback, including digital badges and rewards.

The many tools populating the social business field are leading to a new level of organizational transparency. For example, we have grown dependent on email, both by sending a digital message to a co-worker down the hallway and halfway around the world. Consider the transformation when co-workers replace one-to-one emails with group collaboration on a social platform. A worker in Charlotte asks a question, a colleague in London answers, a team member in Shanghai provides clarification, and many other employees are brought along for the ride. With social tools, employees pool their knowledge and get the work done.

Social tools also act as new platforms for performance appraisals that are relevant and positive in real time. Work.com offers the option of anonymous feedback, which the company says is easier to give and receive. Saba’s Pulse funnels social feedback into a company’s formal review process. Adobe Systems, on the other hand, has done away with traditional performance reviews and has replaced it with its own new platform, Check-In, for informal real-time responses.

The downside of social business tools

There is a downside, however, to this new abundance of interaction and feedback. Many workers already are overwhelmed by information overload. More information can be a blessing or a curse, depending on how it is managed.

One question corporations should evaluate is whether their social tools are generating quality feedback. Unlike traditional appraisals, most social feedback is delivered unfiltered. Is the feedback any good? Is the feedback pointing workers in the direction of company strategy? Or is the feedback random and possibly even counterproductive?

Also, most social feedback is vague and unquantifiable. Executives are understandably skeptical about their employees spending work time shooting the breeze with each other online. Sure, some workers would rather hear, “Way to go!” than receive measurable evaluations. But does the former contribute to productivity?

A second generation of tools is now emerging that captures the power of workplace collaboration and directs that power to strategically produce measurable results.

Remember, this is a market in which the first wave of products was essentially competing to be a Facebook for business. Now, the leading products in this space are vying to add features that provide objective, measurable data.

Among this second wave of social business tools is Skillrater, released in 2012. Skillrater is the first social business tool to provide metrics-based feedback alongside qualitative feedback. Such feedback includes 1 to 5 ratings on specific skills and activities that align with business strategy, combined with real-time advice on how to get better on those skills and activities. Team members can continually request feedback at any time on the same set of activities, thus making it uniquely able to provide change metrics over time.

These second generation social tools are providing structure and metrics for social business. The result is deeper, more purposeful feedback, which is very needed in today’s chaotic business world.

About the Author
Louis Carter

Louis Carter, founder and CEO of Best Practice Institute, has led BPI to become one of the world’s top associations for leadership and human resource development, with more than 42,000 subscribers. Carter is creator of Skillrater.com, the cloud-based anytime feedback tool on a social collaboration platform, and the BPI Online Learning Portal at www.bestpracticeinstitute.org. Carter has written 11 books on best practices and organizational leadership, including the Best Practice series and the Change Champion’s Field Guide; http://www.bpiworld.com.