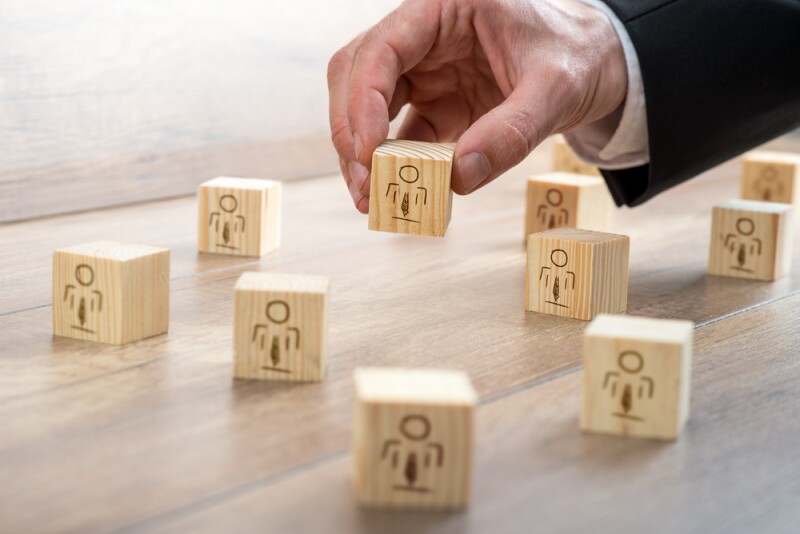 The worst impacts of the Great Recession may be in the past, but state and local governments face a new raft of challenges in our current, low-unemployment economy.

In 2009, the Center for State and Local Government Excellence (SLGE), in coordination with the International Public Management Association for Human Resources (IPMA-HR) and the National Association of State Personnel Executives (NASPE), decided to embark on a study of how the recession had been affecting employment, compensation, and other workforce issues in state and local government. With the data from that study and those that followed, SLGE is now able to present a 10-year trend of both improving conditions and looming concerns.

The most obvious change has been a steep decline in the share of agencies enacting staffing cuts or other negative employment actions. For instance, hiring freezes and layoffs, reported in 2009 by 68 percent and 42 percent, respectively, were both reported by 8 percent in 2018. Pay cuts were reported by 9 percent in 2009 and by 1 percent in 2018.

While this has stabilized employment, most have still not yet returned to pre-recessionary levels.

In fact, those agencies are now dealing with a twofold pressure of rising retirements and increasing difficulty in filling vacant positions. This latter challenge is occurring even for traditionally attractive careers, with public safety, nursing, and information technology. At the top of that list, more than 20 percent of governments cite policing and engineering vacancies as being hard to fill. To compensate for that difficulty, some are turning to the gig economy to fill those service needs on a short-term contractual basis, rather than hiring new staff full-time. 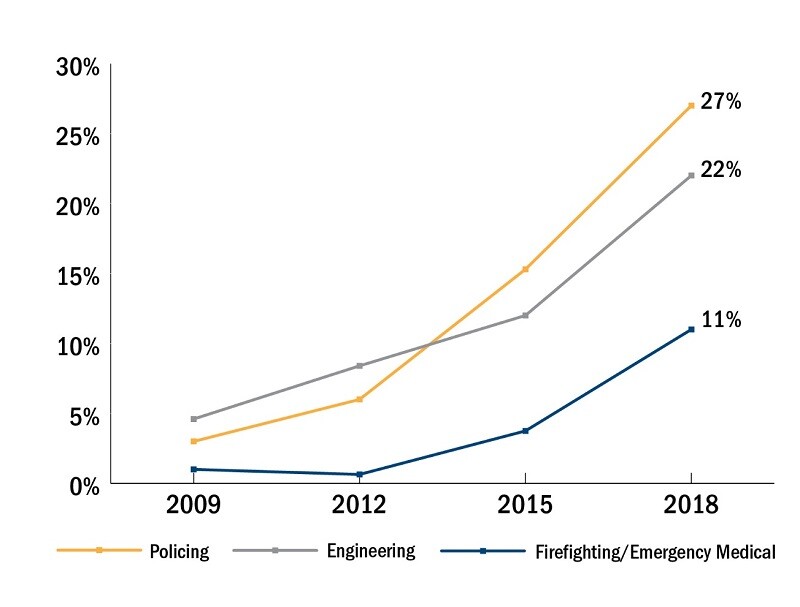 The aging workforce has long been a looming issue, but in 2009, 44 percent of governments noted that their retirement-eligible staff were postponing their retirements. As of 2018, that number is down to 21 percent.
Advertisement

One of the continuing areas of cuts and reforms is benefits. Traditionally, this has been a strong suit for governments as they compete with the private sector. Yet in 2012, 41 percent of agencies reported making changes to their retirement plan benefits. That share has since dropped to 16 percent in 2018, but those types of cuts can impact both current employees, and more often, the new employees who might not be grandfathered into a prior pension structure. Where this occurs, it can make recruitment that much more challenging.

Indeed, another study indicates that public agencies that had made pension cuts are now less competitive with the private sector, and the candidates they are able to attract are coming into their organizations with a lower salary history and presumably less experience.

To recruit and retain a skilled workforce, 47 percent offer flexible work hours, 65 percent support employee development and training reimbursement, and 37 percent are hosting wellness programs or on-site fitness facilities. Flexible work practices can be provided at fairly low cost, but even those have seen changes in the past few years, with the share providing flexible scheduling dropping from 59 percent in 2016 to 50 percent in 2018.

Among the top workforce priorities, 82 percent report staff recruitment and retention, with employee morale close behind at 80 percent. In 2012, those concerns were cited by 39 and 67 percent, respectively, with the top concern at the time being the public perception of government workers (74 percent). While this last category might seem a superficial concern, such perceptions can impact the ability to attract talented new job candidates into the public service profession.

For a more complete view of the workforce survey data, download State and Local Government Workforce: 2018 Data and 10 Year Trends, or view a recording of the related webinar. For more information on the center’s retirement, workforce, compensation, and healthcare research, visit http://slge.org or follow @4GovtExcellence.

About the Author
Gerald Young

Gerald Young is senior research associate for the Center for State and Local Government Excellence.

2 Comments
Sign In to Post a Comment
Sign In
AS
Allison Smith
March 23, 2019 01:54 AM
The time of recession is the worse. There is all unemployment, no jobs, low income, no job stability, all depression. The new and growing industries should start making up immediate funds, have a good credit history, have a budget plan so that at the time of recession there would be no problems. There are various commercial lenders such as Prestige Capital Corporation https://www.prestigecapital.com/about-us/professionals who can help in getting immediate cash flow.