Successful Negotiations Are About Preparation, Leading, and Making Parole 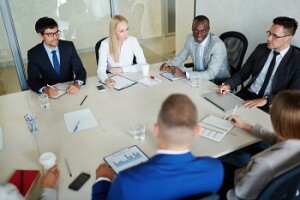 The number of stakeholders involved in buying decisions is increasing. Therefore, sellers must gain more buy-in and satisfy a widening spectrum of needs. As a result, the sales cycle today is longer than ever before.

The problem with a longer sales cycle is that it leaves sellers exhausted at a critical final stage: negotiations. The result is decision fatigue. As an article in the New York Times explains, decision fatigue is “different from ordinary physical fatigue—you’re not consciously aware of being tired—but you’re low on mental energy. The more choices you make throughout the day, the harder each one becomes for your brain, and eventually, it looks for shortcuts.” For sellers, these shortcuts carry real costs.

In this last leg of the race, customers are most likely to push for aggressive price cuts. Sellers, unaware of their fatigue, are prone to concede.

Decision fatigue is powerful. This phenomenon takes hold even within the high-stakes context of the legal system. Research shows that prisoners “who appeared early in the morning received parole about 70 percent of the time, while those who appeared late in the day were paroled less than 10 percent of the time.” What explains this dichotomy? By the end of the day, the judges were exhausted after having ruled case after case. They gave in to decision fatigue.

We’re all subject to this shortcoming. However, sellers who remain cognizant of this basic characteristic of human psychology are better equipped to preserve the full value of the sale through to the end. Overcoming this inherent trait means adhering to two key steps early in negotiations, when energy is not yet depleted: They can leverage preparation and leading. Let’s look at both.

Priming is the act of prompting a person to think a certain way. The concept is not to covertly influence or subvert another’s thinking. Rather, effective priming is an overt exchange of information and insights with the customer. This critical early step serves to expand the customer’s purview, thereby encouraging them to see value in the proposed solution. Priming builds trust.

As a customer develops trust in a seller, they become more willing to shift their mindset from “this person is trying to sell me something,” to “this is a solution that will work.” The customer sees the process as collaborative and fair. This evolution in their thinking is important because, as research from Psychology & Marketing revealed, “Fairness-primed buyers consequently had a more positive attitude toward the seller.” The research goes further, illustrating how priming can ultimately help prevent the common trap of late-in-the-game price concessions. “Priming a consideration for fairness, a seller can increase a customer’s satisfaction without sacrificing profit.” The price is justified if the customer believes that the solution aligns with the specificity of their business challenges.

Sellers should consider what kinds of information they want to share to prime the customer. For example, a seller can begin by analyzing the competitive standing of their solution. This step validates value. Sellers can also prime by signaling their intention to arrive at a mutually beneficial outcome. Finally, sellers can outline the rationale behind their pricing and terms. This approach sends an early indication that the seller remains resolute in their drive to protect the deal size.

Once a seller has primed the customer, they’re ready to open the formal negotiation with an offer. Conventional wisdom asserts that in any negotiation, it’s unwise to be the first to make an offer. The truth, as determined by science, says otherwise.

Research by Leigh Thompson from Northwestern University reveals that “there is virtually no research that supports the claim that letting the other party open first is advantageous.” Sellers will get closer to their ideal outcome if they make the first move. Encouraging the other side to initiate “can backfire—and lead to a worse outcome than you imagined,” concludes the study. The reason, in one word, is “anchoring.”

When a seller makes the first offer, they’re creating a center of gravity, or an anchor. All subsequent numbers are viewed in relation to this opening figure. The anchoring cognitive bias helps illustrate why this relativism matters.

As humans, we tend to attribute more weight to the first piece of information encountered. Additionally, the decision to make the first offer is as important as how the seller makes it. Avoid the timidity that accompanies compromising language. Stating, “I want to be around this price” signals willingness to move from the offer. Keep your statements direct by remaining firm and offering complete information. Anchoring doesn’t work if the seller articulates the offer in pieces. Doing so only prolongs the process and frustrates the customer. With a complete offer, sellers can deliver a concise solution without the need to continue talking, a classic precursor to negotiating with oneself.

The end of a negotiation is dictated by its beginning. As the authors of the parole study remarked, “Justice is what the judge ate for breakfast.” Ensure a mutually beneficial outcome with early steps that prevent the exhaustion that leads to unnecessary price concessions.

About the Author
Ben Taylor

Ben Taylor is the content marketing manager at Richardson, a global sales training and performance improvement company focused on helping you drive revenue and grow long-term customer relationships. Our market-proven sales and coaching methodology combined with our active learning approach ensures that your sales teams learn, master, and apply new behaviors when and where they matter most — in front of the buyer.

Ben has an MBA in finance from LaSalle University and more than a decade of business and writing experience. He has covered content for brands, including Nasdaq, Barclaycard, and Business Insider.