The Brain and the Herd Mentality 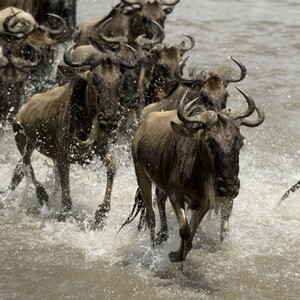 In my last post, we looked at leadership and how leaders can use their understanding of neuroscience to build a relationship with their followers. The “herd instinct” is another aspect of the leader-follower relationship that is illuminated by neuroscience. The neurochemical oxytocin triggers a “bliss response” in the brain whenever we are engaging in social behavior. The brain is an incredibly effective survival machine. One of our most successful survival techniques is our desire to find safety in numbers. When we belong to a group, this bliss response makes us feel warm, safe, and content. When we don’t have a connection with a group, our brain triggers behavior that will compel us to seek new connections until we can get that bliss response again. In the last post I mentioned that oxytocin has been linked to such seemingly unrelated feelings as orgasm and motherhood. The good feeling that we get from belonging to a group is simply another manifestation of our response to engaging with other humans for survival.

Leaders should consider this herd instinct carefully to build followership:

The good news is that the herd mentality can be broken. Research shows that conscious choices actually will make physical changes in the brain, breaking establishing neural pathways and making it easier to form new ones. Leaders have to change two brains: their own and their followers. Understanding that fact might make it a little easier to deal with the herd instinct effectively.

For more on neuroscience applications for human capital, check out the full blog series here.

Margie Meacham is an adult learning expert with a master of science in learning technologies and more than 15 years of experience in the field. A self-described “scholar-practitioner,” Margie collaborates with like-minded instructional designers to find practical applications of neuroscience to instructional design. You can follow Margie on LinkedIn, Facebook, and Twitter or visit her website at www.learningtogo.info.