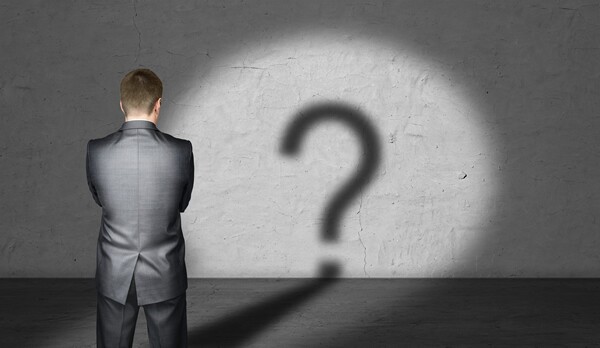 The Fourth Industrial Revolution: What Happens With Employment?

It is comforting to think that the job you currently hold is a permanent fixture in the landscape of work. Perhaps you think that your children may even follow in your footsteps, or maybe you are considering mentoring young people in the same career. So, when you hear that the Fourth Industrial Revolution is upon us and radically changing employment in the next five years—leading to a net loss of more than 5 million jobs worldwide—you’re probably a little uneasy.

To delve deeper into these issues, the World Economic Forum (WEF) surveyed chief human resources officers and senior talent executives of employers who represent 15 of the world’s largest economies, accounting for 65 percent of the global workforce. The data uncovered by WEF, reported in The Future of Jobs, found that there are huge changes underway that will create a “massive displacement of workers or the emergence of new opportunities.”

Some of the disruptive changes that WEF anticipates—such as geopolitical instability, automation, machine learning, the rising role of women, and mobile ubiquity—started a number of years ago, but others are still on the horizon. In other words, organizational leaders must prepare for a perfect storm of unprecedented technical, socio-economic, geopolitical, and demographic drivers. (See my March ATD blog post, “2025: How Will We Work? How Will Your Job Change?” for more.)

Not surprisingly, however, the reaction from organizations to these changes has been slow in many cases, and nonexistent others. For instance, even now, we are educating and training people as we did in the 1950s, but with new technologies. This begs the question: How will we transform our organizations to deal with these new challenges?

To get a better handle on potential efforts, let’s review where WEF expects to the most job loss as a result of these disruptive changes.

According to WEF, expected employment changes over the next five years vary widely by job family (or category). The table below indicates the expected impact on various job families by driver.

The WEF report predicts that the biggest employment declines are expected in the “Office and Administrative” job family, due to such change drivers as mobile internet, cloud technology, and workplace flexibility. The data shows that expected declines in “Manufacturing and Production” employment also will be driven by technologies that can substitute human labor.

On the other hand, technologies are increasing employment in other job families. For example, in “Architecture and Engineering,” job growth is fueled by the need for skilled people to run and make use of technologies like 3D printers and robotics systems. Similarly, employment growth in the “Computer and Mathematical” job family is driven by numerous trends, including implementing all the changes in analytics and technologies causing decreases in other job families.

Closer to home, artificial intelligence and machine learning are expected to lower employment in the “Education and Training” job family. WEF sees similar decreases in employment in “Legal and Business and Financial Operations.” it’s worth noting that the WEF analysis doesn’t see these drivers becoming advanced enough within the next five years to having a huge negative effect on employment in the immediate future.

Who Loses, Who Gains?

When you heavily aggregate the WEF data, you lose some of the details in the story. The Future of Jobs reports that the 7.1 million job losses are offset by 2.1 million new jobs, primarily in “Computer and Mathematical” or “Architecture and Engineering.” But who are the people in the Office and Administrative job families most likely to lose their jobs? And who are most likely to gain jobs in the specialized “Computer and Mathematical” or “Architecture and Engineering” job families?

Women traditionally hold more of the “Office and Administrative” jobs, and men traditionally hold more of the “Computer and Mathematical” or “Architecture and Engineering” jobs. So, we will likely see gender disparities in job losses and gains, too. How will organizations address the problem of getting more women into STEM fields (science, technology, engineering, mathematics)? What’s more, how will we increase the number of people in these fields in general, as this has been a problem?

“Without urgent and targeted action today to manage the near-term transition and build a workforce with futureproof skills, governments will have to cope with ever-growing unemployment and inequality, and businesses with a shrinking consumer base,” says Klaus Schwab, founder and executive chairman of the World Economic Forum.

Erik Brynjolfsson and Andrew McAfee from the MIT Sloan School of Management also examine radical changes in employment in their books The Second Machine Age and Race Against the Machine. In fact, they are looking closely at the effects of a variety of technologies being used in diverse fields, such as manufacturing, clerical and retail work, law, financial services, education, and medicine, and how they are changing work and employment prospects. They find that until recently, technological progress has fueled productivity and job growth. But starting around 2011, technology has fueled productivity but not fueled job growth—quite the opposite, actually. McAfee and Brynjolfsson indicate that part of the reason is that our skills aren’t keeping up with technological advances.

In my next post, we’ll discuss changing skill needs necessitated by these drivers of employment (and other) changes. It’s one of the most critically important issues talent development leaders need to facilitate in our organizations. Waiting for others to react is usually not a good strategy, and training like it’s 1950 certainly isn’t going to work. 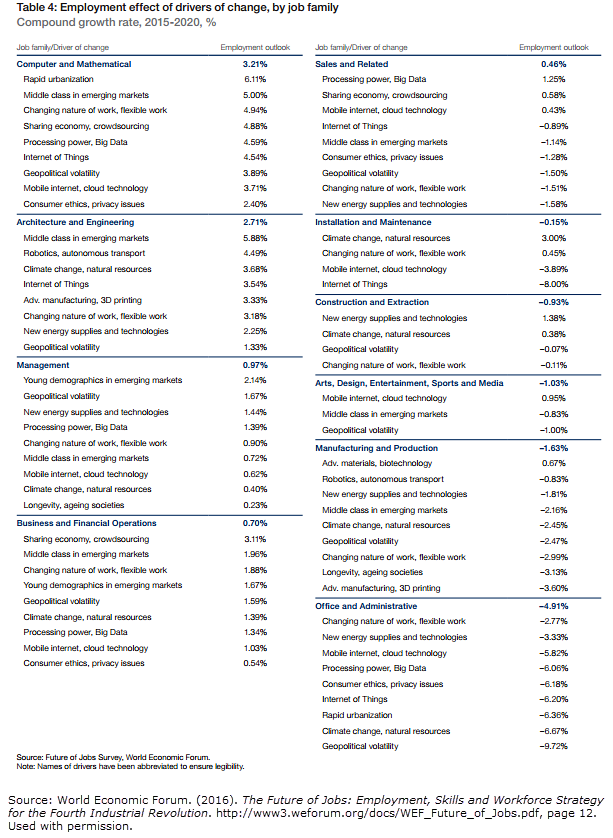