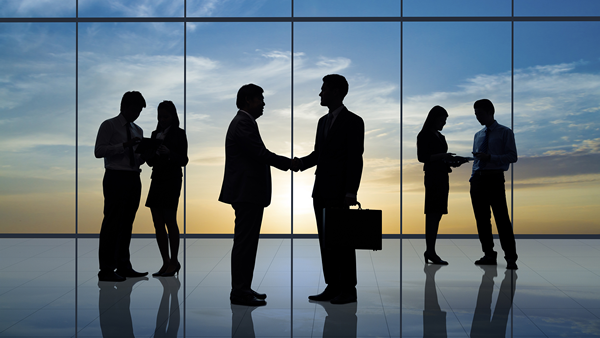 Tami has a coworker who behaves poorly as a result of what she and her colleagues perceive as “senioritis.” After 35 years with the organization, the coworker comes in late, leaves early, takes lengthy personal calls, is resistant to change, and whines when put under pressure from her boss. As a result of this behavior, Tami has lost respect for her colleague.

Ironically, in a neighboring organization, Charlene also complains of excessive lateness—but from her muchyounger coworkers. Beyond consistently arriving 10 minutes late, Charlene says, these young colleagues fail to see how disruptive their behavior is to the rest of the team. When called out on their tardiness, they complain to the union that they are being harassed.

According to a new study from the ASTD Workforce Development Community and Joseph Grenny, author of the New York Times bestseller Crucial Accountability, generational tension like the situations described by Tami and Charlene are all too common in corporate America. Specifically, the study showed that more than 1 in 3 people waste five or more hours each week (12 percent of their work week), due to chronic, unaddressed conflict between colleagues from different generations.

The online survey of 1,200 subjects shows the two generations who have the most difficult time working together are Baby Boomers (49 – 67 years old) and Millennials (13 – 33 years old). When they do work together, the problems these two generations experience most often include:

But conflict is not isolated to just Baby Boomers and Millennials. The study revealed the common perceptions and latent resentment each age group has for their colleagues.

Grenny was surprised to see how many age-related stereotypes cut across all age categories.

According to Grenny, when people attribute their concerns to generational differences they give themselves an excuse to not confront the problem. Generational labels become self-fulfilling prophecies: people think bad behavior is about age, so they don’t confront it, so things don’t change, which proves the behavior is the result of age differences.

“This is a classic case of the fundamental attribution error, or the tendency to attribute someone’s behavior to stereotypes rather than more controllable factors,” said Grenny. “When we commit the fundamental attribution error, we feel justified in not confronting issues because we see our colleagues as ‘too old’ or ‘too young’ to solve problems or create a productive working environment.”

In fact, the results do indicate a surprising level of incompetence among all generations to quickly and effectively solve problems through accountability discussions and dialogue.

Across all generations, 1 in 4 people admit to avoiding conflict with colleagues of a different age; or if they did speak up, they spoke in generalities and danced around the real issues. Other trends in communication breakdowns across generations include:

Grenny says that by learning a few skills to speak up to anyone—regardless of age or authority—people can candidly and respectfully resolve conflict and improve productivity in today’s multigenerational workplace. He provides four skills for getting started.
1.  Make it safe. Begin by clarifying your respect as well as your intent to achieve a mutual goal.

2.  Start with the facts. Describe your concerns facts first. Don’t lead with your judgments about their age or conclusions as to why they behaved the way they did. Start by describing in non-judgmental and objective terms the actual behaviors that create problems.

3.  Don’t pile on. If your colleague becomes defensive, pause for a moment and check in. Reassure him or her of your positive intentions and allow him or her to express concerns.

4.  Invite dialogue. After sharing your concerns, encourage your colleague to share his or her perspective. Inviting dialogue will result in greater openness.