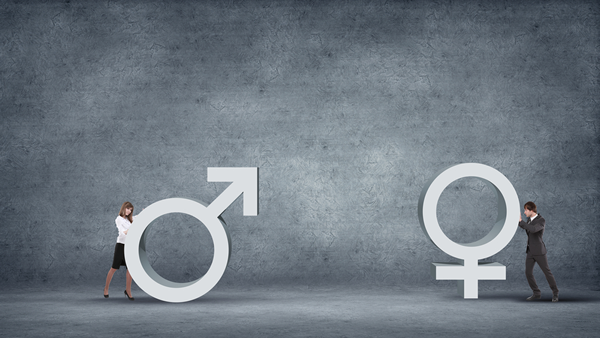 The Journey to Gender Equity

With evidence of how women have advanced within the United States and around the world, the quest for gender equality still proves elusive in many ways.

There is also strong evidence to suggest that gender equality is not yet a reality. The United States ranks 23rd out of 136 countries in terms of the status of women, according the Annual Gender Gap Report.

In the European Union, there is a big push to increase the representation of women on corporate boards—and the U.S. is significantly behind the Nordic countries, with less than 2 percent having joined corporate boards in America since 2009.

At the other end of the socioeconomic spectrum, 41 percent of U.S. women are poor or at the edge of poverty, according to Wider Opportunities for Women, based on U.S. Census data. Worldwide, women represent 70 percent of the poor, but they are half of the global population, according the Global Poverty Project, and overall earn only 10 percent of the world’s income.

And women continue to trail other diverse groups in terms of wages, as the chart below illustrates: 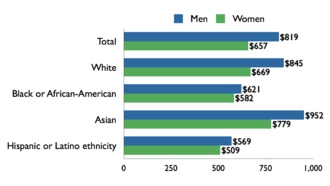 Systemic issues are causing some of the inequities. Other factors include women “off-ramping” to attend to family responsibilities and less access to influential networks that are largely dominated by men.

Hidden biases are another culprit. A dramatic example of sex-based hiring in major symphony orchestras revealed that when preliminary auditions were blind, with musicians hidden behind a screen, the likelihood that a woman would advance to the next round of auditions increased by 50 percent. But when such auditions were not blind, only 19.3 percent of women advanced.
Other research studies of corporate hiring reveal a similar pattern. For instance, when the candidate is male, he is much more likely to be hired when compared with a woman with the exact same résumé and credentials.

The recent best-selling book by Sheryl Sandberg, COO of Facebook, Lean In: Women, Work and the Will to Lead, suggests that women need to change their behaviors to be heard and promoted. Sandberg has sparked an important discussion about the degree to which gender inequality is due to women’s actions, confidence, commitment, and will to succeed, versus how much can be attributed to policies, overt or hidden discrimination, lack of access to sponsors, and other opportunities.

Having more equal treatment for women and tapping into their ideas is an imperative for future growth. There is abundant evidence that having women on teams promotes collaboration and better problem solving.

Moreover, as women increasingly become economic decision makers on the consumer side, as well as in a business-to-business context, they bring greater understanding of the drivers for this growing customer base.

Failure to achieve full gender equity is a significant drag on economic, social, and human progress and limits everyone’s ability to realize their full potential.

What best practices have you seen to promote gender equality?