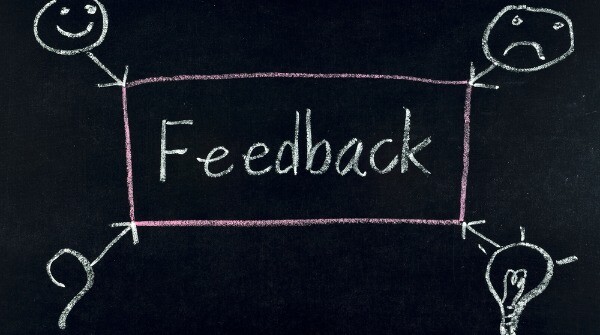 The Key to Constructive Accountability

Accountability does not have to be a dirty word. As a matter of fact, holding employees accountable is essential to achieving corporate goals. But there’s a right way and a wrong way to do it. Constructive accountability delivers positive feedback in real time, fueling your workers’ motivation and boosting your company’s productivity.

Consider these two statements, both of which are conclusions we have drawn at Best Practice Institute from our research in the workplaces of some of America’s largest corporations.

When you connect the dots of those two observations, the inescapable conclusion is that modern corporations need to give their employees more feedback, not less, but they need to do so in ways that are not traumatizing and counterproductive, like the dreaded annual review.
Here are four suggestions to provide constructive accountability that results in energized workers and increased productivity.

1. Keep the feedback coming. Some corporations, recognizing that annual reviews are a fiasco, have made the big mistake of abolishing any kind of structured feedback. That’s not the answer. One of the most frequent complaints corporate workers have is that they are not getting enough constructive feedback now.

In the 1920s, in what has become known as the “Hawthorne Effect,” Western Electric brought in researchers to study how worker performance at its Hawthorne Works factory was affected by making the lighting brighter or dimmer. What they discovered was that performance improved whenever the lighting was changed either way. The changing lights reminded workers that someone was watching, and workers perform better when they are receiving attention.

2. Keep the feedback positive. To many employees, "accountability" is just a fancy word for negative feedback. Negative feedback doesn’t work and is counterproductive. Most workers have an intrinsic motivation to do their jobs well. Criticism and fault-finding act like ice water thrown on their passion to excel.

That’s one reason annual reviews don’t work. Feedback that is accumulated over time includes positive and negative appraisals. Employees tend to hear only the negative, leading to discouragement and embitterment.

3. Provide feedback in real time. Annual reviews are based on events and circumstances that happened months ago. Workers tend to consider such feedback irrelevant and even unfair. In the modern era of social networks, a long lag time between performance and appraisal is no longer necessary.

For example, Yammer, which launched in 2008 and was acquired by Microsoft in 2012, describes itself as “Facebook for business.” 7Geese seeks to enable workers to experience continuous communication and collaboration, like a flock of geese flying in tight formation. Work.com, which specializes in services for sales people, facilitates real-time coaching.

4. Keep the feedback structured. Giving constructive feedback is an art form few managers have mastered. That’s why most supervisors dread annual reviews as much as their direct reports do. How do you keep the feedback positive while also pointing out a worker’s weaknesses?

Attempting constructive accountability in an unstructured manner requires more snake oil and tap dancing than most managers possess. Managers need a structured feedback tool that elicits their real-time appraisals and guides them in presenting it in a positive, constructive way.

And these tools are readily available. Globoforce is a social network for business that encourages continuous recognition tied to company goals. Managers who might otherwise overlook day-to-day victories are reminded to provide positive feedback in real time. Skillrater puts the power of accountability in employees’ hands, enabling them to request real-time feedback when they complete an activity.

At a time when some corporations are tempted to make the mistake of doing away with all appraisal systems, what managers really need and what workers want is better appraisal systems that provide a structure that results in continuous, positive feedback. That’s what constructive accountability looks like.

About the Author
Louis Carter

Louis Carter, founder and CEO of Best Practice Institute, has led BPI to become one of the world’s top associations for leadership and human resource development, with more than 42,000 subscribers. Carter is creator of Skillrater.com, the cloud-based anytime feedback tool on a social collaboration platform, and the BPI Online Learning Portal at www.bestpracticeinstitute.org. Carter has written 11 books on best practices and organizational leadership, including the Best Practice series and the Change Champion’s Field Guide; http://www.bpiworld.com.