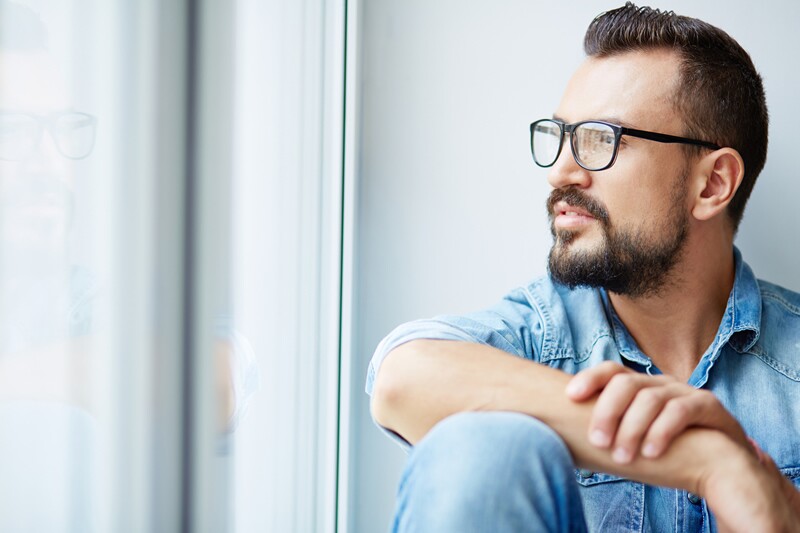 The Mindset and Habits We Need to Survive

Commander James Stockdale was flying on a mission over North Vietnam in September 1965 when his plane was hit by antiaircraft fire. Stockdale ejected, breaking his back and dislocating his knee in the process, and was captured upon reaching the ground. For the next seven years, Stockdale was a prisoner of war in one of North Vietnam’s most brutal camps, the infamous Hỏa Lò Prison.

Being the most senior naval officer held captive in North Vietnam at the time, Stockdale resolved not only to survive the ordeal but to lead through it. During his seven years of captivity, four of which were spent in solitary confinement, Stockdale engineered and oversaw a system of communication and a code of conduct among prisoners. The mindset he developed to survive and lead, later popularized by Jim Collins in Good to Great, bears his name: the Stockdale Paradox. This is the believing that things will turn out in the end while actively accepting that the present situation is unbelievably grim then getting to work to make it better any way you can.

Stockdale watched his men closely during his years in captivity, trying to work out who would make it and why. He found that people were at two ends of a spectrum. On the one hand, there were men who played down the situation and kept up their spirits by imagining they would be home soon. As time went on, he found that these people often didn’t make it. The disappointment crushed them. Other people were pessimistic and would fall apart even sooner. Then there were people in the middle who held this strange paradox.

From a research standpoint, people who were playing down the situation didn’t have the motivation to take determined steps to make things better. They were living in hope and denial and trying to make things better would require shattering their illusion that all would soon work out fine. On the other hand, people who were overly pessimistic didn’t have the cognitive resources to make things better. They were in despair, and despair is not a state that encourages experimenting with new ideas. The key to the paradoxical position in the middle is that this mindset allowed people to take steps to make their own and other people’s situations a little better. These steps ended up helping tremendously to reduce the overall pain of the experience, often in subtle ways.

While Stockdale’s situation may seem distant from your own, the mindset he adopted applies equally to the crisis we face today. It can serve as a compass for leaders who want to steady themselves and their teams.

Habits of Mind That May Occur During a Crisis

When confronted with a threat, like being captured by enemy combatants or living through a pandemic, our brains react by assessing the immediacy and legitimacy of the danger. We tend to experience threat at one of the three different levels of intensity, which we can simply call levels one, two, and three—level one being the lowest and level three being the highest.

Given your level of threat can have drastic effects on your leadership behavior, it’s crucial to constantly assess where you and your teammates stand and mitigate threats back to level one when possible. In doing so, you remain alert and concerned rather than at the extremes of under-reacting or panicking. Striking this paradoxical balance between realism and optimism can help you marshal the resources to take small steps and make things better for yourself and those around you.

How Leaders Can Embrace the Stockdale Paradox

Each of us (yes, even leaders) have cognitive needs. We share human needs for certainty, relatedness, autonomy, status, and fairness. One way to embrace the Stockdale Paradox, while seeing to your cognitive needs, is to create buffers for yourself.

Buffers are intentional actions you take that reduce the chance of increasing your threat level. For instance, creating a daily routine can bolster your sense of certainty and autonomy. Virtual happy hours can increase your sense of relatedness. Employing buffers to mitigate stress can reduce your level of threat and keep you in the right mindset for effective leadership.

At the same time, part of being a leader is looking out for your team and their cognitive needs. Here too it helps to take a page from the Stockdale survival guide. Empathize with your team’s struggles while believing that better days are ahead. Acknowledge hard truths while maintaining a sunny disposition. Paradoxical, I know.

One way to help your team stay engaged is to send positive social signals. These are the actions you take to help other people feel less threatened in their day-to-day work. The most progressive organizations are doing creative things like administering weekly pulse surveys to raise certainty and hosting virtual movie nights to create a greater sense of relatedness. In addition, you can boost people’s sense of status by celebrating daily wins and progress. And you can boost people’s sense of fairness through policies that give parents of young children more flexibility in how they schedule meetings.

By taking these steps, you can put your team in a position to maintain focus and work effectively in a trying time.

Equip Your Teams for the Future

It takes effort to steady yourself in the middle of a seemingly unwinnable situation, but it can be done. Leaders who learn to embrace the Stockdale Paradox will be better equipped to help their teams thrive through this and any other crises that may come their way.

As Stockdale himself, said, “You must never confuse faith that you will prevail in the end—which you can never afford to lose—with the discipline to confront the most brutal facts of your current reality, whatever they might be.”

For deeper insight, check out my webcast The Neuroscience of Thriving Through Crisis: How to Make Work Sustainable and Leverage the Moment.

About the Author
David Rock

Dr. David Rock coined the term ‘Neuroleadership’ and is the Director of the NeuroLeadership Institute, a global initiative bringing neuroscientists and leadership experts together to build a new science for leadership development. With operations in 24 countries, the Institute also helps large organizations operationalize brain research in order to develop better leaders and managers.

David co-edits the NeuroLeadership Journal and heads up an annual global summit. He has written many of the central academic and discussion papers that have defined the Neuroleadership field. He is the author of the business best-seller Your Brain at Work (Harper Business, 2009), as well as Quiet Leadership (Harper Collins, 2006) and the textbook Coaching with the Brain in Mind (Wiley & Sons, 2009). He blogs for the Harvard Business Review, Fortune Magazine, Psychology Today, and the Huffington Post, and is quoted widely in the media about leadership, organizational effectiveness, and the brain.

Academically, David is on the faculty and advisory board of CIMBA, an international business school based in Europe. He has been a guest lecturer at many universities including Oxford University’s Said Business School. He is on the board of the BlueSchool, an initiative in New York City building a new approach to education. He received his professional doctorate in the Neuroscience of Leadership from Middlesex University in 2010.