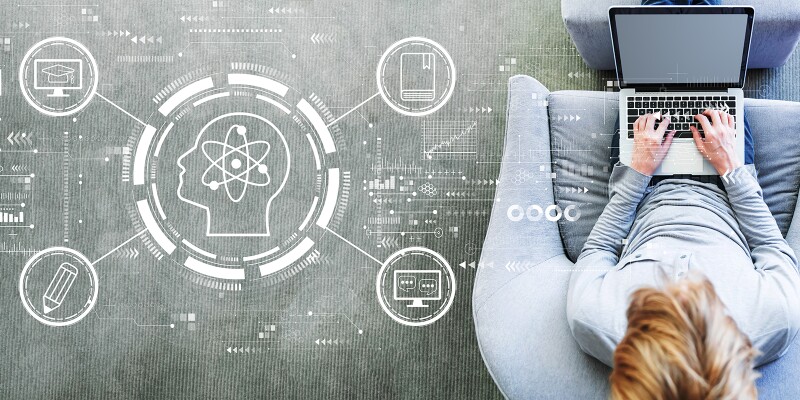 The Most Abused Statistics in Corporate Training

Think about that. It’s the equivalent of saying that for every hour of instruction, 45 minutes is wasted.

Any sensible person who sees these stats may wonder why they should bother with training in the first place. After all, these numbers are enough to make learning and development teams’ blood run cold. But the companies that use these statistics are actually abusing them.

What Is the Ebbinghaus Forgetting Curve?

The history behind those scary (and overblown) learning statistics dates back more than 100 years to the work of German psychologist Hermann Ebbinghaus. Ebbinghaus was curious about how the brain forms and retains memories.

After a series of experiments, Ebbinghaus discovered the brain lets go of information at a reliable rate, which he termed the “Forgetting Curve.” His findings can be summarized in these statistics:

For the last 100 years, people have been abusing the Ebbinghaus Forgetting Curve by stopping there and pulling morsels of data to disparage learning and development and make it seem as though the human brain isn’t capable of holding on to much.

But that’s not where Ebbinghaus’s research ended.

While Ebbinghaus found that memories degrade fairly quickly, he also delved into why some memories just stick.

First, he tested learners by exposing them to information over and over in a short window of time. As you can probably guess if you have crammed for a test, Ebbinghaus found short-term, quickly degrading benefits but no positive effect on long-term retention.

However, when he presented learners with information repeatedly over intervals of time that got progressively longer, the Forgetting Curve was flattened and long-term memories were produced. He termed this successful approach spaced repetition. But in the learning and development field, we call it reinforcement.

While stats pulled from the Ebbinghaus Forgetting Curve are arguably the most abused stats in the learning and development industry, practice makes perfect may be the most abused phrase. It tells only half the story.
Advertisement

Imagine you spend all winter practicing your golf swing at an indoor driving range. No golf pro at your side. Just you and a bucket of balls. While the snow falls, you are faithfully striking those balls down the range as hard as you can. And you don’t just practice once. You practice repetitively over time.

The thaw comes and you hit the links only to discover that your swing is worse than it was in the fall. All that practice did was reinforce your bad swing, which is now a tougher habit to break.

Yes, you practiced. But you lacked coaching and feedback, so you certainly didn’t make perfect.

The bottom line is that by incorporating the right coaching and feedback, it is possible to flatten the Ebbinghaus Curve and create training that reinforces learning. As thought leaders in training
and development, the burden is on us to develop programs that engage our learners in these ways. Let's work together to make the Ebbinghaus Curve...forgotten."

About the Author
Nick Rini

Nick Rini, a Sciolytix co-founder, leads the company's sales and marketing organizations and has extensive leadership experience in revenue development, sales forensics, sales effectiveness, and marketing. As a three-time tech startup CEO, Nick has delivered strong results for investors and customers alike. His tenure in tech includes sales leadership positions with private and publicly traded companies such as Candle Corporation (IBM), and Citadel, Inc. (Intel), and he is a Smithsonian-Computerworld Innovation Laureate.

Robert Leier
August 04, 2020 03:57 AM
Everyone likes a reward for success.
Sorry! Something went wrong on our end. Please try again later.