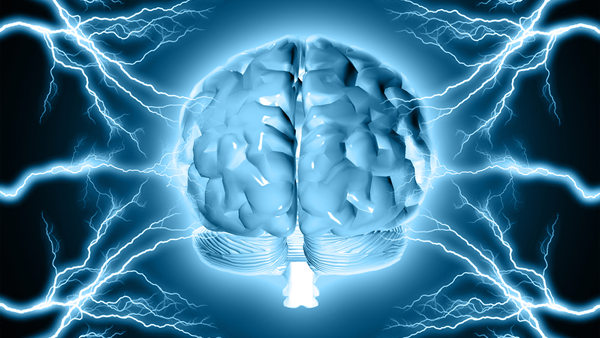 The Neuroscience of Mindfulness

This is the third post in a multi-installment series on mindfulness. Preceding posts include An Introduction to Mindfulness and How Mindfulness Supports Leadership Development.

The positive effects of mindfulness, such as improved mental and physical well-being, have been documented in research-based studies for more than thirty years. But with recent advances in neuroscience, we can now directly see the impact that mindfulness has on the brain.

Norman Farb, with the University of Toronto, published a paper in 2007 that showed differences in brain activity between a group with no mindfulness training (novice) and a group that received eight weeks of mindfulness training (MT)—instruction for one hour and 45 minutes each week, and an average of 30 minutes of mindfulness practice daily. He put both groups through exercises to engage first a narrative mind, and then a mindful mind. He used functional magnetic resonance imaging (fMRI) to view brain activity.

Farb also discovered two interesting results. First, when the novice group participated in a mindful exercise, the narrative parts of the brain stayed active at the same time—they were unable to be purely mindful. However, Farb found that the MT group was able to “decouple” these regions of their brains and be purely mindful.

Second, the MT group showed less activity in the narrative regions of the brain and more activity in the mindful parts of the brain, regardless of whether they were engaged in narrative or mindful exercises. In other words, without mindfulness training, we simply are unable to be mindful—our narrative mind continues to be active. But with mindfulness training, we create the ability for ourselves to be mindful. And the more we practice, the better we get at it.

Judson Brewer at Yale University calls this “brain training” and echoes this sentiment. “Anything you train to do, you do better.” His study, published in 2011, also showed that mindfulness practitioners—very experienced, with (on average) more than 10,000 hours—had decreased narrative activity whether or not they were being mindful. He also found increased connectivity between narrative regions of the brain and the areas responsible for self-control and focusing attention. This suggests that the practice of mindfulness can actually rewire our brains and create a new “default” mode, improving our ability to focus and be aware.

Mindfulness changes our brains in other ways, too. Sara Lazar and Britta Hölzel, researchers affiliated with the Harvard Medical School, found that mindfulness increases gray matter in the insula and decreases the size of the amygdala, the primitive part of our brains responsible for the reactive “fight-or-flight” response.

Neuroscience provides the hard data that many people need to understand the real impact and benefits that mindfulness can have for us. For example, if we are more aware and more focused, we are more able to self-monitor and pause before deciding how to respond, rather than react from old knee-jerk habits or patterns that may not serve us. If we are emotionally less responsive and more in control, we are more likely to remain calm, even in stressful work situations.

Now that you better understand mindfulness and the science supporting it, in the next post I’ll talk about what it means to practice mindfulness and how you can start to be more mindful at work.

About the Author
Michelle Somerday

Michelle Somerday is an Executive Coach and Leadership Development Consultant and the Founder of Neo-Strategic, LLC. She is an experienced speaker and lecturer who has taught at the university graduate level and spoken at international conferences, and she facilitates leadership and workplace skills trainings with a particular interest in The Mindful Leader. She spoke at the 2016 ATD International Conference & Expo on Mindfulness At Work: Why Western Companies Embrace An Eastern Practice, and she has written on mindfulness in the workplace for the ATD Human Capital blog.  Michelle is a Certified Leadership Coach through Georgetown University and through the International Coach Federation (ICF).  She has practiced mindfulness since 1999 and holds a Ph.D. in Materials Science and Engineering from the University of Virginia. Michelle’s complete bio is available at www.neo-strategic.com.