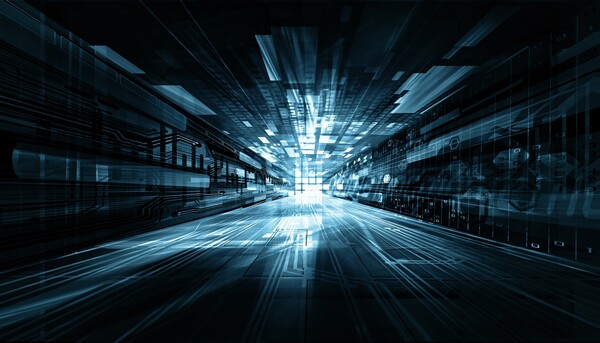 The New Reality for L&D

How can you encourage self-directed learning, even in an instructor-led training session? Augmented reality (AR) is a technology that embeds multimedia web elements and graphics into real objects. AR can help you make your hard copy presentation materials more memorable to successfully meet learning objectives while learners interact with the real world.

The first virtual reality (VR) and AR system is credited to Ivan Sutherland. However, the term augmented reality was coined by Tom Caudell and David Mizell in the early 1990s, while they were working for Boeing. They invented a head-mounted device that superimposed digital wire diagrams onto the real panels, helping engineers and technicians accurately assemble wiring. AR then became a technology heavily researched in academia throughout the 1990s. The evolution of mobile technology and computer processing power has now catapulted it into the mainstream.

It’s important to understand that although related, virtual and augmented reality are two different technologies. Virtual reality works as a computer-generated simulation of the real world, hence its name. Augmented reality enhances the user’s view of the real world with overlays of computer-generated multimedia. AR allows users to interact with the real world through a device, such as a smartphone. Game apps such as Pokemon Go, for example, take advantage of GPS and video cameras so users can interact with their physical location.

One of the biggest challenges in L&D is to engage employees in instructor-led training (ILT) courses and maintain a decent amount of self-directed learning. Here are some strategies to incorporate AR materials to enhance the user experience during ILT.

Onboarding Tour. Instead of showing a slide of company common areas to a new group of employees, let them use your onboarding application on their cell phones to receive notifications based on their location as they tour common areas. This could save a ton of time; trainers would no longer have to repeat the same information with each batch of new hires.

Guided Assembly. Are you training hands-on subjects in which learners need to assemble a device? Instead of talking about it, let them actually do it using AR-enriched job aids or even tracking cues that would activate when the users view the device with a camera phone. A simulation of parts and how they connect can be revealed to add more context to the learning objective.

Escape Room. Escape room–like attractions are common team-building exercises, and companies pay good money to send their teams to them. Why not give a group of learners one device, which they would have to use to find clues to solve business problems together using AR elements? Digital videos, images, and articles can be mapped to walls, posters, and other objects in a room.

It’s easy and affordable to make your own augmented reality materials. Here are the more user-friendly ones I’ve found; these products require no programming or coding:

• ZapWorks by Zappar does a great job of helping you create AR elements to embed into images or digital documents for less than $45 per month. This product has a 30-day free trial and many video tutorials to speed up your learning.

• Aurasma is a great application and community of AR enthusiasts sharing their “auras,” or AR designs, which can be created free with the Aurasma studio web app. Other users can view shared auras using the mobile app. This app provides different desktop interfaces for marketing, education, and development.

The ability to interact with digital elements on physical objects or locations can be of great use in various training scenarios. Today’s prevalence of mobile devices and better computing power makes AR a reality we should all strive to integrate into L&D.

About the Author
Alex Salas