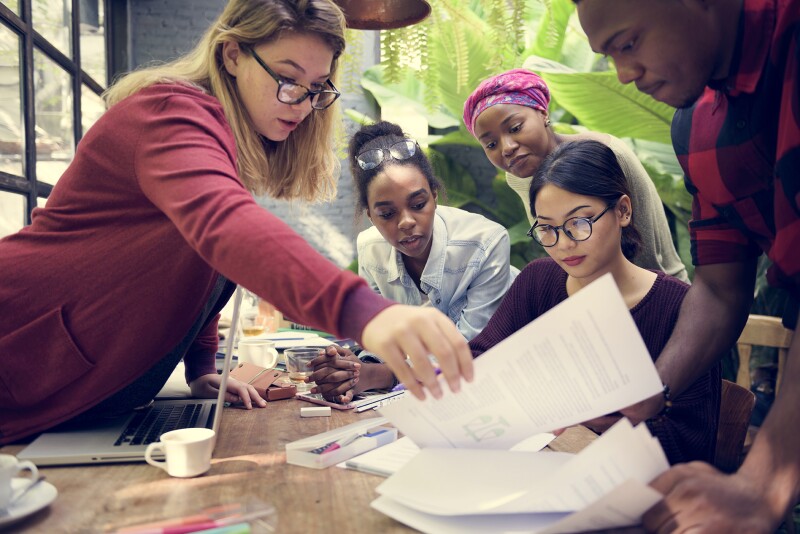 The Secret to Cross-Cultural Communication

I left my home country, Iran, at age 16 to continue my education in the United States. I had a very limited English vocabulary when I arrived in Boston and virtually no conversation skills; whatever English I knew, I had learned through reading and writing, not speaking to a native speaker. Years later, as my family moved to Thailand and then Germany, I again found myself in the midst of people whose language and culture I didn’t understand.

As I’ve traveled the world, I’ve been amazed by people who speak English almost fluently despite never leaving their home country. The way technology is advancing, in a few years, learning another language won’t even be necessary because we will all have earpieces that translate in real time whatever is being said into a language of our choosing!

So, with the language barrier out of the way, we should expect to never again have any issues communicating across cultures, right? Not so fast! Knowing someone else’s language is a great start, but that’s not nearly enough to communicate effectively across cultures. Taking the time to understand the nuances of the other person’s culture is what makes the greatest difference.

As an example, there is a norm that I grew up with in Iran—if someone offers you something, you first refuse politely until they insist, and then you accept. This is part of a concept called “taarof”; I’ve encountered similar traditions in other parts of the Middle East as well as Thailand and Japan.

Decades ago, when my parents came over to visit me and my American wife for the first time, I came home and asked if my parents had had tea in the afternoon. My wife replied, “No. I asked them and they said they didn’t want any!” Needless to say, both parties were confused about how to effectively communicate across their respective cultures and how to ensure that tea was served when it was supposed to be!

I have experienced shopkeepers in several places in the Middle East who insisted at checkout that I didn’t have to pay—it was “on the house.” If you didn’t know about the local culture, you might be quite surprised, thank them, and attempt to walk out of the store! Those familiar with the culture, however, would know that the token gesture was merely a sign of respect and that the appropriate response would be to insist on paying as usual.

When I was working in Thailand, I learned that it was not OK to be direct in giving constructive feedback to someone, lest they lose face and be too ashamed to interact with me for days. On the other hand, in Germany, on more than one occasion I was asked by my colleagues to just say what was on my mind instead of trying to sugarcoat the message. Does that mean the Germans value honest feedback more than the Thais? I don’t believe so, but there is a culturally accepted way to deliver that honest feedback in both of those places.

Does this mean a Middle Eastern person’s gesture of refusing a cup of tea before they accept it is inauthentic? Of course not. It is just part of the fabric of the culture and the ritual of conveying your care and concern for others.

I learned this lesson the hard way. When we transferred to Thailand, the company put us through five days of culture training, which gave us a great start in ensuring we didn’t accidentally insult people or misread gestures. However, when the same company transferred us to Germany, they skipped the training because, they figured, “Germany is a Western country just like the United States!” Well, we learned that this couldn’t further from the truth. Over time, we discovered a great deal about how German culture was different from American culture.

Likewise, we would all be well-served to remember that not all countries in the Middle East or Far East, or any region, are the same, no matter how similar they may seem on the surface.

It always pays to go beyond mastering another language to understand the meaning of unspoken words and gestures. We should strive to treat colleagues and business partners from other parts of the world not as we want to be treated, but as they want to be treated.

About the Author
Amir Ghannad

Amir Ghannad is a frequent and highly sought-after keynote speaker at leadership summits in the U.S. and abroad, and the founder of the Ghannad Group, which specializes in guiding leaders and equipping them with tools, skills, and the mindset to create extraordinary cultures that deliver breakthrough results.

For more than 31 years, Ghannad has held leadership positions of increasing responsibility and scope in multiple locations in the U.S., Southeast Asia, and Europe, with such companies as Procter and Gamble and Campbell Soup Company.

Ghannad’s first book, The Transformative Leader, has been shipped to more than 30 countries. Find his his podcasts and blog posts on leadership and culture transformation at www.theghannadgroup.com.

Harsh Sharma
August 07, 2019 09:23 AM
HR digital transformation sure is here but what matters is how your organisation introduces it for the betterment of human resources. Experience the best in automation with peopleHum- the people platform.

Sorry! Something went wrong on our end. Please try again later.
HK
Hyunjee Kwon
July 31, 2019 04:46 AM
Mr. Ghannad, I'm really touched your article! I'm Korean student who are studying HR, so I want to be a global HR expert like you. I'm always worry and preparing English. But I overlooked the part named "culture difference" you said! I realized what is important in organization culture in global company as well. I'm really lucky to read this. thank you.
I really want to be like you even though I'm not perfect now.
Thank you :)

Amir Ghannad
July 31, 2019 04:53 PM
Dear Hyunjee,
Thank you for your comments and I'm glad you found the article to be helpful to you. Nobody is perfect and we are all on a journey. I wish you the very best on yours.
Best,
Amir
Sorry! Something went wrong on our end. Please try again later.
Sorry! Something went wrong on our end. Please try again later.
SS
Shane Stephens
July 30, 2019 12:28 PM
Mr. Ghannad, very good article! I think you make a strong argument for NOT using a "universal translator"; every language class I took while in school (and there were quite a few!) not only taught the language, but also provided an introduction to the culture. As you say, it does no good to speak the language without having a cultural context to frame your words. Not having a cultural connection to the language can lead to a number of misunderstandings!