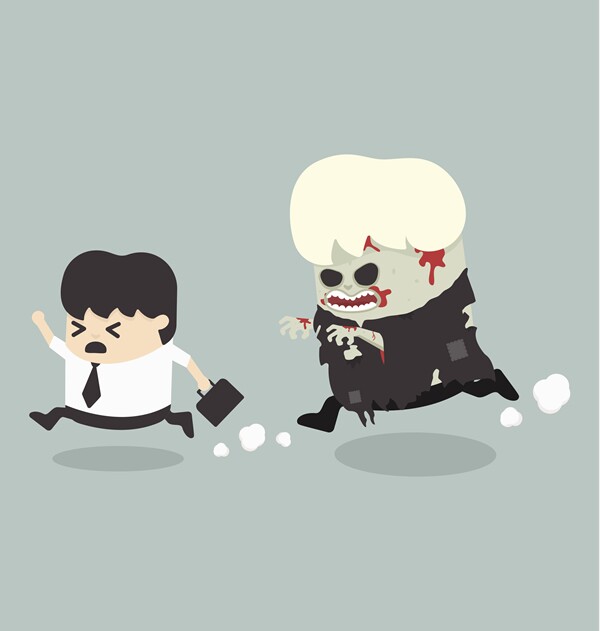 The Zombies Are Coming—to Help You Learn

It didn’t take long for Karl Kapp to be “seduced” by the idea of creating an epic 3-D video game for salespeople—considering the idea included zombies. During “Zombie Salesapocalypse: Making an Epic 3-D Immersive Sales Video Game,” Kapp took the audience through the process of putting together a game that is still in development.

He quickly took on the obvious question: Why zombies? His answer: “Why not?” But the inclusion of the fantasy element has various positives, he said, added onto the fact that games can be more effective than traditional learning. In playing a sales game set in a zombie apocalypse, learners find themselves in an unfamiliar environment, and are as a result more open to feedback. Also, failure and experimentation are allowed and encouraged, which is useful for a learning game.

Kapp mentioned the importance of not using “stealth training” in a game, or hiding the fact that the game is actually meant for training—instead, you should introduce concepts, let learners practice and make meaningful decisions, and then reflect on their actions. “Without reflection, there is no learning—only experience,” he said.

He also showed the audience versions of the zombie game, where an avatar interfaced with nonplayable characters, answering questions and making decisions while dealing with the looming zombie threat.

Interested in learning more? Kapp’s book, The Gamification of Learning and Instruction, is available at the ATD Store. In this comprehensive resource, international learning expert Kapp reveals the value of game-based mechanics to create meaningful learning experiences. Drawing together the most current information and relevant research in one resource, this book shows how to create and design games that are effective and meaningful for learners.