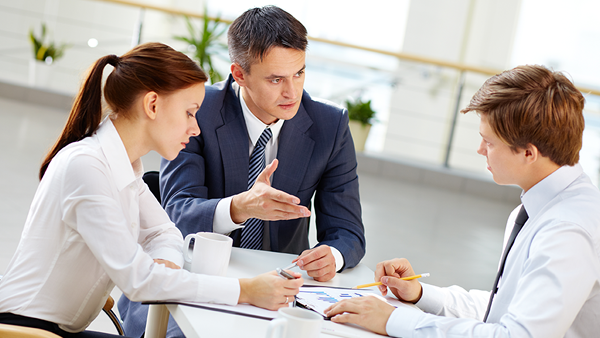 In recent years, organizations have increasingly viewed coaching as a way to improve performance, often as a remedial activity. Yet, most of them have failed to grasp that a much bigger prize is waiting for them if they adopt a different approach from simply getting managers to do coaching.

First, let's clear up one thing: Coaching is not solely a management activity!

To be sure, coaching skills are an important part of the modern manager's toolkit, and these skills are often under-exercised among the management community. You only have to listen in to any work-based conversation to recognize that questions are not well-formed and listening is superficial. Almost everyone hates the silences, but sadly, these same behaviors often occur even after coach training.

On the other hand, a true coaching culture has everyone adopting coach-like behaviors as a means to lead, influence, and communicate with each other quite naturally. In this type of organization, people fearlessly engage in candid, respectful conversations about how they can improve their individual and collective work performance—unrestricted by reporting relationships

Indeed, everyone from the CEO to frontline staff are equally at ease with feedback and consider it a powerful way to build on personal and professional development. So, what is the difference that makes the difference?

Well, we know that human behavior stems from our sense of identity, what we believe to be true, and what we hold as important. So perhaps it starts with this thought: To build a coaching culture, people need to BE a coach, not DO coaching

First, imagine what you will see, hear, and feel if you really believe that everyone can bring something to the party. What would you DO differently if you were to BE like that?

In his book The Inner Game of Tennis, Timothy Gallwey suggests that performance is equal to potential minus interference. So it makes sense to believe in someone's potential—to help them work out how to deal with the interference for themselves in order to improve performance. Yet, most managers focus purely on the individual's performance, demanding greater, faster, or better, rather than recognizing the potential and seeking to understand what gets in the way.

Now, if you were to simply hold this one belief, you would almost certainly begin to ask questions that help the other person come to their own conclusions. This, of course, would in turn demand deeper listening and giving the other person time to think by remaining silent.

Believe someone may have a better solution

The belief that others may hold a better answer than you can be equally liberating. If you know the answer you want to hear, your questions will come from the belief and will be unconsciously formed to get it.

Compare that to those times when you haven't known the answer. I bet your questions came more from a place of curiosity, with no judgment on whether the answers were “right” at that stage.

Believe everyone is responsible for their own choices

Of course, great coaches also believe that everyone is responsible for their own choices. So as a manager, stop taking responsibility for someone's performance. Encourage them to take responsibility for themselves, because you believe in them.

Many leaders in organizations consider coaching as a soft leadership style, so let me tell you what I say to them: When you let go and have someone take responsibility for his or her self, it is a very scary place—for both of you. So, be conscious of offering the right balance of support and challenge to help them take the first few steps and liberate them from a sense of dependence.

Actively embrace and use these core beliefs as a compass to guide your coaching practice and forget about simply DOING coaching. Instead, work at BEING a coach.

KW
About the Author
Kevin Watson

Kevin Watson is an international leadership and culture change coach, helping people, teams and organizations make the transition into a 21st century way of working. His professional experience spans more than 30 years in business and retail, most notably as part of the senior team at Selfridges, where he was responsible for the transformation from tired old department store in the 1990s to the world-class shopping experience it is today. Since 2003, Watson has worked as a coach and consultant for blue chip brands such as Kelloggs, World Duty Free, and Starbucks, helping them become stronger and measurably more successful.