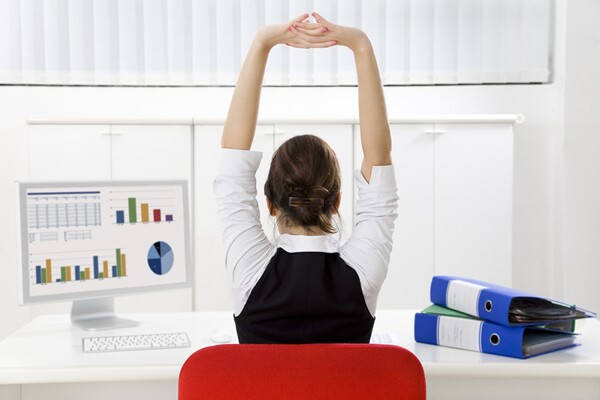 To Really Develop Others, Check Your Own Mindset

Whether you are a leader, organizational development professional, or trainer, it is both an honor and challenge to be responsible for developing others.

One of those challenges lies in the fact that we are developing others—autonomous human beings who make their own decisions about when and how they will change. We might have all kinds of ideas and a grand vision for how others might improve, but ultimately we can only provide guidance and an environment conducive to change, and then invite them to adopt a mindset that will lead to behaviors that are most helpful to the organization.

It’s this invitation I’d like to focus on in this post. How can we make it as, well, inviting as possible?

Our effectiveness in inviting others to change is primarily determined by our own mindset—how we see those we are inviting to develop and change.

With an inward mindset, we focus on our own personal goals and objectives, without consideration for our impact on others. With this self-focused inward mindset, we see others not as people (with needs and challenges, intrinsically valuable because of their own talents and abilities), but as objects.

With an outward mindset, we see others as people who matter like we do. We take into account their needs, challenges, and objectives, and we see their capacity for creative contribution. We are curious about what’s going on for them, and we are curious about what it is like for them to work with us. Seeing the needs, goals, and objectives of others, we naturally want to be helpful to them, so we adjust our own efforts to support them however we’re able.

Traps of an Inward Mindset

Because an inward mindset blinds us to the capabilities of others, we may find ourselves “inviting” them to change by telling and dictating, or worse, by coercing and manipulating. Particularly if we are in a position of authority, there is a temptation to dictate the way others work, robbing them of the chance to think and apply their own intuition, creativity, and initiative to solve their challenges and come up with solutions. It can seem easier and faster to simply say, “From now on, do things this way.” And then, ironically, we wonder why people stop thinking, stop applying themselves, stop looking for solutions on their own.

Case in point: At a recent executive team meeting within a client organization, the conversation focused on a particular employee group. The company had tried for years to engage and motivate this group, to no avail. “If we started by thinking about their needs, challenges, and objectives,” one of the leaders asked, “what might occur to us?”

“Do any of us in this rooms actually know their names?” another leader asked. The others in the room spontaneously started trying to name as many of the group members as they could.

“And we’d want to learn more about what it’s like to do their jobs,” another remarked. “We should probably join them and try to do what we’ve asked them to do—to see how we’d like it.”

“I tried that one morning,” one of them said. “I couldn’t get out of there fast enough. I could never do that job!”

The executive team discussed the realities of the group’s job—from their less than ideal work setting to the pressures of dealing with the demands made on them by various departments in the organization. As this executive team considered, for the first time, the needs and objectives of this group of employees, one member of the team finally said, “You know, we’ve really set things up backwards. We just told them the things they need to do and the results they need to deliver. No wonder the job is a drag.”

When we approach our responsibility to develop others with an inward mindset, we often assume we know what others need, only to later find out how little we could really see. Even with the best of intentions, it is easy to focus on our own needs, objectives, and goals—what we need to get done; what boxes we need to check—all while failing to get curious about what’s going on for the employee populations we serve.

I once worked with a leader who, in a new assignment, faced a particularly challenging turnaround situation compounded by a troubled organizational culture. In dealing with such overwhelming issues he discovered that, more than anything else, the way he saw the people he was responsible for helping and developing made all the difference.

Believing himself more invested than those he was charged to developed, he found early on that he had to actively resist the temptation to impose his own ideas. Afterward, he reflected:

I learned that when someone came up with an idea, it was important to allow that idea to grow and be implemented. Even when I thought there was a better way to do something, as long as their idea didn’t take us backwards or cause harm, it was more important for them to implement their idea and discover for themselves how that idea could have impact and be improved upon. I was constantly surprised by how many times I discovered that others’ ideas, once implemented, were much better than what I had thought of.

I toured his area of operations within a few months of his new assignment and was amazed at the visible change evident in his team. When I asked how it had happened, he said, “I’ve realized that these people are just as invested as I am in our success. Consequently, when I try to impose my ideas on others and thereby refuse to allow them to think, I end up getting in the way more than I end up being helpful.”

He continued, “It’s not my job as a leader to have the solution to every problem. To those who bring you a problem they are facing, you have to be able to say, ‘Hmm, that sounds like quite the conundrum. I look forward to hearing your best thinking about how we should fix that.’”

It turns out that seeing others as people with needs, goals, abilities, and brains is the very best invitation that we can extend to others to improve. It is the invitation that provokes the very least resistance. As one client employee said, “I find myself responding differently to people that I know care about me; I just do. They don’t make me respond differently, but it’s almost like I can’t help it. Something about their concern for me invites me to start thinking more about how I can bring my very best self to work.”
Related Tags:

About the Author
Mitch Warner

Mitch is a sought-after speaker to organizations across a broad range of industries, bringing his practical experience to bear for leaders of corporations, governments, and organizations across the globe. Specific clients include NASA, Citrix, Aflac, the U.S. Army and Air Force, the Treasury Executive Institute, and Intermountain Healthcare. In his role as managing partner, Mitch directs the development of Arbinger’s intellectual property, training, and consulting programs, and highly customized large-scale organizational change initiatives. He has been instrumental in Arbinger’s rapid growth, including its expanding international presence in nearly 30 countries. Mitch received a BA in philosophy and is a licensed nursing administrator. Trained in fine art at the Art Students League and the National Academy, he spends much of his free time painting. His work hangs in organizations nationwide.