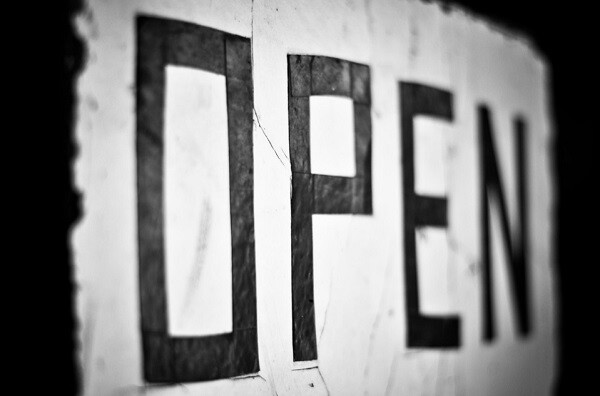 Understanding What’s Next in Talent: The Shift to Open Systems in the People Cloud Future

Every element of the People Cloud future is significant. But no element is more pivotal to the emergence of this transformative narrative than the fundamental shift from closed to open systems.

We are seeing a move toward “openness” in systems as large as country-wide revolutions, as well as at the local level in the way that cities are growing and distributing food or creating currency around ethics and passions. These open source networks are unleashing creativity, solving big world problems, uncovering new ideas and opportunities, and bringing human capital together in unique ways.

Today, when most people hear the term “open,” they automatically think about open source software or computing systems. However, we are seeing this shift move far beyond technology, disrupting traditional models within business, organizational and social development as well.

For instance, “open source politics” employs blogs and social media to generate rapid feedback between political organizations and the public. Incidents such as Snowden’s NSA revelations and the variety of leaks that came to light through Assange’s “Wikileaks” have served to emphasize the public desire for open government.

Education is another area being completely transformed by the open source movement. Udemy, Coursera, edX and the Khan Academy are all different examples of how traditional and supplemental education is being changed by the web, granting free access to unlimited information and unique learning experiences to millions of people worldwide. The benefits are endless in the developing world.

Open systems also can enable the crowd to surpass corporations. Companies will no longer be able to hide behind their intellectual property firewalls, attempting to litigate all potential threats. The music industry, for example, has experienced backlash regarding the strict laws it is trying to implement around digital ownership.

Acknowledging the movement toward openness, some companies are creating business models that has all of their intellectual property accessible to the public, including employee salaries.

Unleashing the Power of Your Cloud

The move from “top-down” organizational structures to those with more power being placed in the hands of individuals has reframed traditional organizational and consumer frameworks. Companies are leveraging the untapped power of the crowd by using unpaid, passionate people who simply want to help solve internal issues that the company is facing, such as the McAfee Maniacs.

Organizations and institutions are also crowdsourcing their problems to an unknown group of solvers, creating an open call for solutions. For instance, scientists were perplexed for 10 years on how to unlock the structure of an AIDS-related enzyme. However, after creating a game called Foldit in which gamers could earn points by creating the best structures, the solution was found in just 10 days, 365 times faster than the work produced by the scientists.

Sourcing ideas from the crowd does not have to mean looking outside of our organizational walls. All too often, businesses neglect their own internal “crowd.” Successful organizations understand how to leverage talent across departments in order to solve problems and seize opportunities.

The common complaint of the “talent shortage” can often be addressed by constructing creative ways to more efficiently access existing internal resources. We must listen to our employees in different ways.

Connective technologies and the value shift toward collaboration are allowing the open source movement to reframe traditional capital markets as well. For example, some firms are mimicking crowdfunding platforms like Kickstarter to surface great ideas and inspire employees. IBM, for instance, used enterprise crowdfunding to promote employee engagement and increase internal innovation and collaboration.

Crowdsourcing also can be used to commercialize companies’ unused intellectual property (IP). For example, instead of letting IP sit in a “vault,” Samsung has partnered with the crowdsourcing firm Marblar, who believes it’s time to open up unused IP to allow for new opportunities.

Approximately 14,000 people in the Marblar community will be satisfied just seeing their suggestions become actual products.  The Marblar site might ultimately serve as a recruitment too, where community members showcase their entrepreneurial skills to Samsung.

The shift from closed to open systems and eased access to others through the Internet has begun to impact currency models, with new, digital currencies going mainstream. Bitcoin, a virtual currency used online as an alternative to traditional money is not currently backed by any government entity. Rather, people have come together to establish its value and uses.

In Pensacola, a Florida homeless man has his own laptop and accesses free Wi-Fi at a local park. Instead of panhandling, he watches YouTube videos for a service called BitcoinGet that seeks to drive Internet traffic and, in exchange, he receives Bitcoins. In addition, when he does odd jobs for people in his community, he requests payment in Bitcoins because it’s more secure (it reduces his chances of being robbed).

These alternative currencies, however, are not just reserved for those in the fringe of society. Dell just announced it will be accepting Bitcoin for purchases on its website.

Clearly the shift to open systems has only just begun to redefine organizational models, defy intellectual property laws, and challenge the fundamental definition of employment.