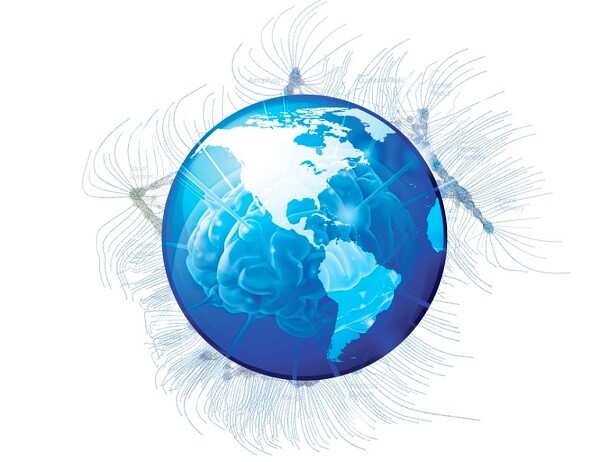 Understanding What’s Next in Talent: The Ubiquitous Nature of the People Cloud Future

As social media and collaboration expand, the People Cloud can be found in every discipline and domain. Several factors are contributing to the ubiquitous nature of this emerging future: the proliferation of wearables, the emergence of the worldwide connectivity, and the advancement of mobile and sentient technology.

From Tracking One’s Steps to Watching Your Every Move

Technology is seamlessly linking the animate and inanimate worlds (Internet of Things), and giving rise to the proliferation of personal computing and sensors known as wearables. This smart technology is accelerating the quantified self movement, where various measurements are taken and tracked on technological devices that can then share the data through social networks.

For example, wearable technology is already having an impact on the health industry, giving doctors real-time access to patient information and allowing surgeons to retrieve crucial information during medical procedures through a simple voice command on their Google Glasses.

Ultimately, all of the information we can collect with these new wearables contributes to a pool of big data that enables others (even employers) to know more about each individual than they know about themselves. Because the People Cloud can create such a massive source of potential talent, which can overrun recruiters with applicants, companies are harnessing the power of big data to assess potential candidates.

However, access to this data can lead to selective recruiting, with firms evaluating employees’ performance, productivity, risk level (such as overheating), and eligibility for certain benefits based on health conditions.

From Virtual Offices to Robot Bosses

With the advancement of mobile and wearable technologies, soon anything (glasses, contact lenses, and so on) can serve as the gateway to virtual work environments. Currently, there are more than 1.1 billion people who own smartphones or tablets. In fact, at the end of 2013, mobile-connected devices surpassed the number of people on the planet, and there will be close to “1.4 mobile devices per person” by 2017. It is expected for the Internet to be hosted on 5 billion devices by 2020.

This will change future work teams to include people AND sentient technology—redefining who and what are defined as “talent.” The world will soon have humans and machines working together to create, think, and produce.

We already see robots increasingly occupying jobs that once were fulfilled only by humans due to their expanded computing power and “needle-in-a-haystack” problem solving skills. IBM’s sentient technology Watson is now a primary driver in talent management processes within the organization, trumping the opinions of human leaders in promotion and compensation decisions.

From Globalization to the Global Brain

The ubiquity of the People Cloud makes global talent more accessible. By 2020, half of the global talent pool will be available to companies located anywhere in the world.  For the first time ever, citizens from almost every part of the world can be your competitor or your strategic partner.

A key element driving the globalized talent landscape is Internet accessibility. Today, 39 percent of the world’s population, or over 2.7 billion people, are online, with that number projected to double to about 4 billion by the year 2020. Google Executive Chairman Eric Schmidt believes these estimates are understated and has gone on record with the bold claim that “everyone on Earth” will be connected by the end of the decade.

Fueling the exponential trajectory of Internet adoption is the fact that countries are recognizing the opportunity pervasive and ubiquitous Internet brings to their people. Places like France and Finland have declared that access to the Internet should be a basic human right and have amended their constitutions to reflect this shift. With abundant access to the Internet, we can share knowledge, innovations, experiences, human capital, and more on a global scale.

The evolution of the Internet—from a database for academics and researchers to a vital resource for all of humanity—has many suggesting that the dawn of the “Global Brain” is fast approaching. The concept of the Global Brain first emerged in the 19th century when scientists began to consider our species as being more than individuals, cities or nations, and instead began to define it in terms of a superorganism. When originated, the analogy of human society as an organism included systems such as circulation (transport networks) and skeletal (infrastructure), but lacked a nervous system…until now.

Some believe the Internet will ultimately evolve into “an intelligent planetary network of people, machines, and ideas—a collective system within which we will probably spend most of our existence.” In other words, the People Cloud on steroids!

The final post in this series will showcase the disruptive impact of the People Cloud future.