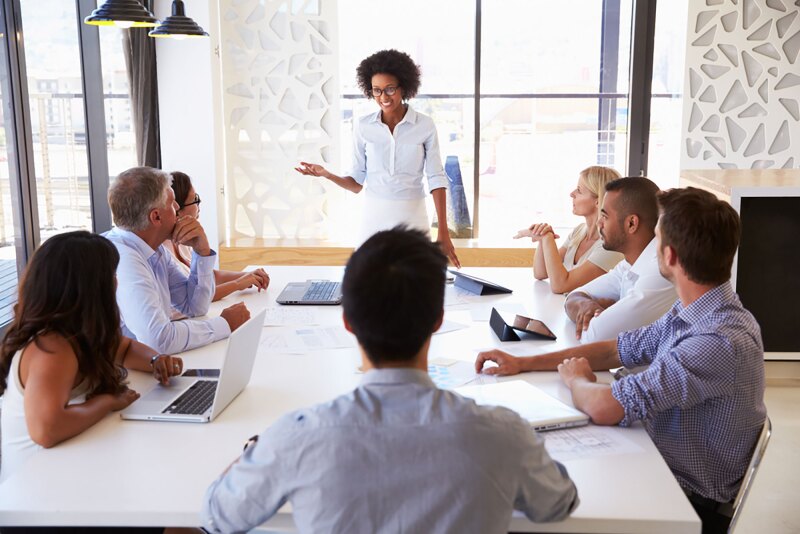 In the wake of #MeToo backlash, organizations should look for ways to be part of the solution by providing secure mentoring opportunities.

Gender parity has been on the organizational radar for a while. With McKinsey & Company reporting gender-diverse companies are 15 percent more likely to achieve above average profitability, it’s become a pivotal strategic goal. But in the wake of #MeToo allegations, organizations have seen increasing hesitancy in men to participate in the activities that help improve gender diversity in leadership and senior ranks—networking, mentoring, and sponsoring women.

LeanIn.org recently found that “almost half of male managers are uncomfortable participating in a common work activity with a woman, such as mentoring, working alone, or socializing together.” With this realization, there’s been an outcry of #MentorHer from the ranks of LeanIn.org Founder Sheryl Sandberg and others. This movement implores men to mentor women and stand as allies in the workplace to enable more women to move through the leadership pipeline, generating more creative, innovative, and profitable organizations.

In an effort to create safe mentoring opportunities for all employees, many companies are turning to mentoring circles. This form of group mentoring encourages participation from all levels, demographics, and genders of an organization to propose and own a topic of interest for group discussion and growth. Initiating mentoring circles enables organizations to create intentional networks to help employees grow and develop in a number of ways.

Mentoring circles can give women early access to influential peers, future sponsors, and senior leadership they might never have interacted with before circles. This pulls women into networks sooner, engaging them earlier in their careers. The integration of male and female employees in these circles provides exposure to senior-level staff (a majority of whom are male) to propel more connections and greater learning.

Integration into networks also helps women avoid the "mid-career drop-off” as they progress from entry-level to later career stages. In addition, mentoring circles also allow participants to sidestep the awkwardness of reaching out for a one-on-one relationship, or worrying about the chemistry of a matched one-to-one connection.

Mentoring circles help break down silos between departments, genders, ethnicities, and beyond. Further, these interactions enable skill development through direct learning from colleagues and executives on topics like strategic thinking and leadership, or gain nominations from leadership for stretch assignments or development programs. Circles also can create more harmonious work environments.

Mentoring circles allow people to self-assemble with the people they want to learn from or with, as well as gather around topics they’re passionate about. Inclusive mentoring circles connect men and women in order to learn from each other, creating a more cohesive bond among employees and across departments.

Creating an environment of trust for conversations concerning sensitive topics encourages more candid connections between employees, building empathy and awareness around matters that may have previously gone unrealized. It facilitates a dialogue on issues that make us all uncomfortable. For women, discussing subjects like equal pay or negotiating for a promotion can be difficult to bring up with a boss or co-worker, but circles allow members to discuss such hard-hitting topics openly and truthfully. For men, circles can open up discussions around ways to combat unconscious biases or gain a clear understanding of workplace challenges.

What’s more, these candid discussions allow for men and women to learn from each other concerning workplace activities such as onboarding, providing feedback, and establishing proper workplace boundaries.

Catalyst found people with mentors are more likely to get promoted. Therefore, if more men mentor or sponsor women, this can lead to more diverse leadership teams and more secure workplaces. Mentoring circles build rapport within the workplace, and can embolden men to stand up for gender parity practices as male allies.

Mentoring more women and elevating them to leadership positions can create workplaces where gender discrimination is less prevalent. By building inclusive mentoring programs, organizations can help employees overcome their hesitations to mentoring in order to build diverse, progressive places to work.

Mentoring circles cultivates trust between people, allowing them to come together in support of each other’s goals and their own. To build a successful mentoring circles program, organizations must make sure to:


The inclusive nature of mentoring circles can embolden women to seek higher roles in an organization, increase engagement and empathy between male and female employees, and create a more cohesive, collaborative organization. To combat workplace challenges, organizations must be proactive with a solution that will benefit future innovation and workplace harmony.

About the Author
Amanda Schnieders

Amanda Schnieders is a senior marketing manager at Chronus. A believer in the innovative capabilities of the modern workplace, she focuses on how human engagement can improve employee productivity and growth in an organization.

Her work in entrepreneurship with the Kauffman Foundation and the power of mentoring in her current role has provided her with insights into the key factors of the workplace today—mentoring, development, inclusion and support. In pursuance of these elements as, she helps organizations work smarter to retain their employees in an engaged and productive workplace.