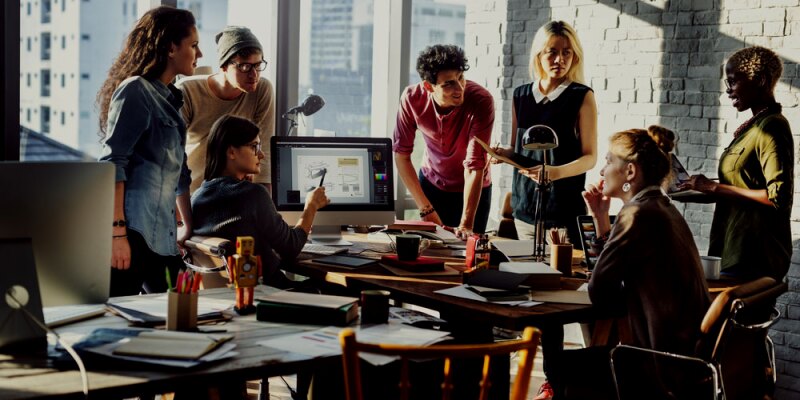 Use "We" Thinking to Propel Your Team to Extreme Performance

When most people think of teams, they think of a group of individuals moving together toward a common goal. But a “we-thinking” leader inspires their team to not just walk forward side-by-side, but to literally and figuratively carry one another when a teammate needs it.

The only reason my adventure racing team was able to become world champions was because we practiced “we thinking.” If you want to inspire your team to achieve extreme performance, you need to follow the six rules of we thinking.

1) Strive to take everyone across the finish line together.
Winning is often thought of as one person standing on the podium holding the trophy. But in business, your company can’t succeed if only one person does well. In business, we can only win together.

Teamwork means sharing your strengths—and weaknesses. When you’re strong, you don’t conserve your strength; you use your strength to help someone who is falling behind in a project. And when you feel weak, you don’t hide your problems; you share it with your team so someone strong can lend a hand.

2) Accept responsibility for success and failure as a team.
In we thinking, one person is never to blame. We-thinking teams don’t say, “Bob didn’t proofread enough,” or “Amy really blew that presentation.” Instead, we-thinking teams say, “We didn’t check each other’s work enough,” or “We should have practiced presenting more.” We thinkers don’t throw their teammates under the bus or put them on a pedestal. They accept praise and failure equally.

3) Suffer equally.
For your business to come across the finish line, everyone must suffer equal pain. This doesn’t mean treating everyone the same. In adventure racing, we didn’t always carry the same amount of weight in our packs. We redistributed the weight of our equipment so that the strongest person carried more and the weakest person carried less—so they both exerted the same effort.

When you have a team project, distribute the tasks so each person suffers equally. Sally may be better with numbers, while John is better with writing. Important projects will get done faster if Sally and John don’t share the writing and math equally.

4) Your problems = my problems.
For we-thinking teams, all problems become team problems. For example, I once lost a pedal off my mountain bike during an adventure race. Other teams might have said, “Sucks to be you, Robyn” and left me eating dust. But on my team, everyone stopped to search for the pedal, and when we didn’t find it, we took turns riding the damaged bike so we all suffered equally.

In business, your team member might have lost some of their data for the big project. On an individual team, you might express sympathy for the late hours the person would have to work. But a we-thinking team would help recover or rebuild that data.

If you want to win as a team, all problems are the team’s problems.

5) Don’t compare, compete, or criticize.
You can’t create strong teams with negativity, gossip, and backstabbing. This was never clearer than when I was participating in the Eco-Challenge in Fiji. I saw a team comprised of an Army Ranger, Special Forces, and a Navy SEAL who verbally tore into each other. A short 36 hours later, this team of backbiters completely self-destructed. While they were strong as individuals, they did not support each other as a team.

Instead of criticizing, use the three As: accept, acknowledge, and appreciate the positive things about your teammates.

In our six-to-10-day adventure races, the key to winning was to create distance from the rest of the pack as soon as possible. Otherwise, rival teams would see how your team overcame obstacles and be able to keep up with you. We found the best way to get distance was to seek synergy with the top adventure racing teams. We would work with these top teams, sharing information and tips, until we had separated from the pack. Once we had separation, we went back to the competition.

We see this in business every day. In the NFL, teams compete on the field but share the profits from TV deals and merchandising equally. The tech industry agrees to standards like USB so everyone can easily develop devices that will work with all computers and phones. Through my keynote speaking, I’ve seen the speakers bureau industry collaborate by marketing and sharing exclusive speakers so both bureaus and the speaker make money.

Remember these six rules when you are working with your teams. Success is not about the individual; it’s about everyone looking out for each other and accepting responsibility for the team’s efforts.

1 Comment
Sign In to Post a Comment
Sign In
KK
Kang Khang
March 08, 2019 05:08 AM
You just said everything I wanted to share with my boss. I had a very difficult time trying to put words together because I don't have enough poeple skills. I can finally let her know what our team can do to achieve better results as a team.