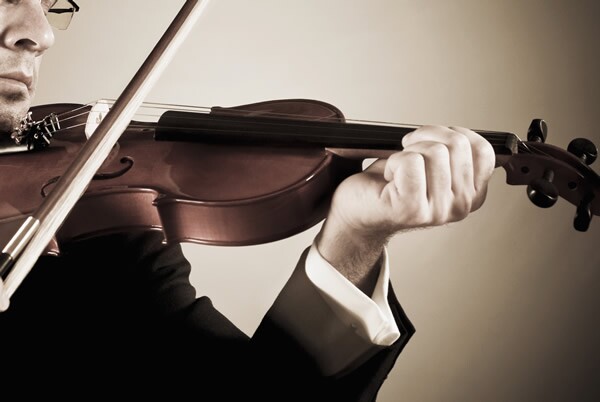 What Do You Know: How Fast Can We Achieve Expertise?

You may have heard that it takes 10,000 hours of practice to become an expert. But this is a myth. Malcolm Gladwell, in his book Outliers, misquoted the work of Dr. K. Anders Ericsson, a professor of psychology at Florida State University and an expert in the science of expertise. According to Ericsson, the 10,000-hour concept may be catchy, but it’s far from being any kind of hard-and-fast rule. Rather, in his research, he discussed an average of 10,000 hours of solitary practice for the world’s best violinists in his research, but didn’t expect it to be taken as a rule.

So how fast can people actually achieve an expert level of skill? And what causes those changes?

Let’s start with a question. Pick your answer. Whether you get the correct answer or not doesn’t matter. This is just for fun!

What needs to happen for people to increase their expertise? Select the best answer.

A. They must engage in significant amounts of deliberate practice over an extended time to increase their expertise.

B. Significant amounts of deliberate practice over an extended time are needed to gain expertise, but additional factors are thought to be needed as well.

C. They will increase their expertise over an extended time by performing the tasks that they perform on the job.

Lately, Dominic has been given more advanced projects, while Jenny continues to work on the same kinds of projects she has always worked on. Jenny feels these changes are unfair, so she discusses the issue with her supervisor. Her manager explains that Dominic’s skills have grown, so the company has given him more advanced work. Jenny doesn’t understand how this can be so. Both of them have worked on similar projects and have similar experience. How can Dominic be more skilled than she?

Dominic has done exactly what Ericsson prescribes for improving expertise. He is driven to focus on gaining new skills and improving the skills he already has. He has a mentor outside of work and looks for regular feedback on his work from people who have more advanced skills. He reads work from experts in the field, asks questions, and folds what he is learning into new work. Clearly, his focused effort is paying off in better designs and expanded skills. As a result, Dominic is gaining expertise but Jenny isn’t.

Back to the Question…

Ericsson says we should not confuse what he calls “deliberate practice” with normal work. He tells us we don’t necessarily get better during the course of regular work because we often simply do things the way we always do things. And it’s possible that this may be what sets Dominic apart from Jenny. Jenny is an adequate designer, but to her, it’s simply work and she is satisfied with what she knows how to do. She doesn’t often learn anything new and is satisfied with her existing skills.

Ericsson’s research shows that deliberate practice makes the difference in how we improve our expertise in any skill. I’m discussing deliberate practice in another article, because it isn’t the type of practice we normally get in training—as you can tell from what Dominic is doing to improve. But maybe we could think about how to include more of it!

Ericsson explains what typically happens. We begin to learn something: tennis, guitar, candy making, active listening, a new authoring program, writing skills, whatever. We get training in the form of a class, books, or YouTube. We may learn up to a “Two A” level of performance, which equals “adequate and automatic.” (Automatic means we no longer need to use resources to do the work.)

Then two months or a year later, we’ve either forgotten (because our interest waned), or we kept going but didn’t improve because we didn’t focus enough attention on learning more or getting better. Over time, just doing the same thing at the same level of skill, our skills may even erode. In fact, his research shows that experienced professionals often have eroded skills for just this reason. Same ole, same ole does NOT equal better performance.

It’s Not That Simple

Other research shows that deliberate practice is needed, but may not be enough. A meta-analysis by Brooke Macnamara, assistant professor at Case Western University, and fellow authors found that other things impact expertise growth as well as deliberate practice. In their analysis of 88 studies, which included 11,135 participants, they discovered a number of “moderators” of expertise.

Although it is fashionable at this moment to say (as Ericsson has said) that experts are made and very little of expertise has to do with inherent talent, Macnamara’s research suggests that individual differences, such as intelligence and specific abilities, may well impact growth of expertise. Consequently, they call for additional research on how individual differences impact expertise and also how task and situational factors impact expertise.

What are you really good at? How did you get there? Let’s examine our own expertise for clues.