What Managers Should Know About Learning and Memory in the Brain 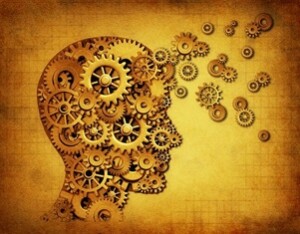 Innovation and learning are inseparable. By definition, learning is acquiring the ability to do something new, and innovation is the creation and commercialization of something new and different. You can’t have one without the other. Innovative organizations are learning organizations. It’s that simple.

In this post, I’ve compiled a relatively long list of brain principles that apply to memory and learning. There are many implications for individuals and teams seeking to accelerate their learning and to drive innovation. Subsequent to the brain principles, I’ve provided a list of suggestions for application of some of these principles.

About the Author
Kim Ruyle

Kim Ruyle is President of Inventive Talent Consulting, LLC, a Miami-based firm that provides strategic talent management and organizational development consulting for leading global organizations. He is an Associate in Korn Ferry’s Global Associate Network. Kim has thirty years of experience in human resources, organizational development, and general management. Previously, he spent nearly six years with Korn Ferry Leadership and Talent Consulting, most of it serving as Vice President of Research & Development where he led the development of assessments, HR tools, and thought leadership. Kim has presented at more than fifty national and international conferences, published dozens of articles and book chapters, served on numerous expert panels and editorial boards, and authored or co-authored five books on talent management and leadership development. Kim has been privileged to work with senior leaders in 30 countries. His academic credentials include three master’s degrees and a PhD. Kim’s latest book, Lessons from a CEO’s Journal, was published in 2014.