What’s in a Name?

“What's in a name? That which we call a rose
By any other name would smell as sweet.”
—from Romeo and Juliet by William Shakespeare 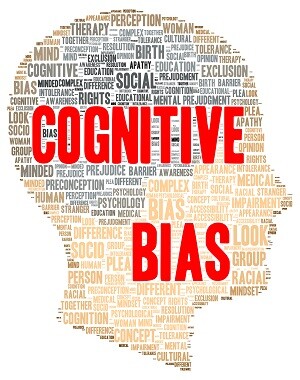 Numerous studies reveal the prominent role that bias plays in the talent selection process, which is perhaps unsurprising: neuroscience has confirmed that we are all hard-wired to use bias as a primitive defense mechanism to sense perceived danger. In the modern world, however, such reflexive responses to determine “friend or foe” rarely make sense, and often lead to poor decision making.

As an example, consider the University of Chicago Graduate School of Business research, which revealed that applicants with “white-sounding names” (such as Anne or Emily for women and Neil or Todd for men) are 50 percent more likely to get called for an initial interview than applicants with names that sound African-American (such as Tamika or Latoya for women and Tyrone or Rasheed for men). Moreover, the study showed that additional honors and special skills increased the likelihood of white applicants being called for an initial interview, but had a statistically insignificant effect for African-American applicants. These discouraging findings point to one of the reasons that racial inequality has persisted, with black unemployment well above recession levels for 50 years.

Another example of bias looked at the issue of gender in the selection of male vs. female musicians. Based on findings from an experiment examining how orchestras select musicians, it was found that using blind auditions (in which the musician is hidden by a screen), female musicians in the top five symphony orchestras have increased to 25 percent from less than 5 percent before such methods were employed.

Biases are not limited to perceptions about people, of course. An example that caused a major uproar and affront to French pride was the Judgment of Paris, in which California wines beat French wines in a blind tasting test.  The reactions among the French judges were so strong that they refused to accept their own ratings and insisted that the results had to have been tainted in some way.

How can we address bias?

All phases of the talent lifecycle, from recruitment, selection, onboarding, and access to networks and promotions are all subject to bias. In a multi-cultural world, we have to address the bias so that organizations can find and keep the best talent and mirror the global world that is today’s reality.

Here are 10 steps your organization can take to reduce bias in the hiring process.

How does your organization address bias in its recruiting practices?