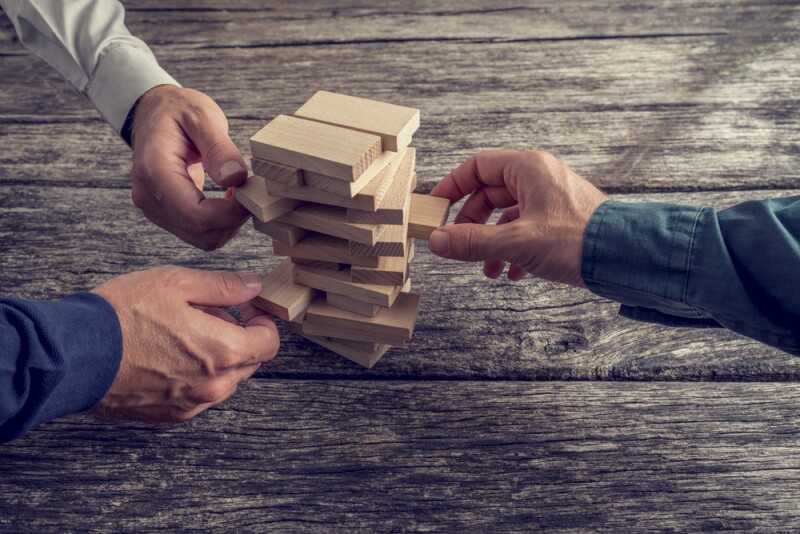 What’s the Right Time and Situation to Take a Calculated Risk?

One day, you’ll need to make a choice: Should you do the safe thing, which probably won’t work but for which you won’t be criticized? Or should you risk trying the unknown thing, where you may succeed spectacularly but could instead fall flat on your face? How do you know what choice to make?

My team was facing such a choice near the end of the Borneo Eco-Challenge race. At that decisive moment, we were mentally and physically destroyed from five days of nonstop racing, covered with leeches, and had a strong and rested team hunting us down. Once again, it was our nemesis Intersport, the top French Team, who was breathing down our necks.

Our lead was only a few minutes and the next task was a 60-mile, open-ocean paddle in native canoes. As we paddled out to sea, we encountered our worst nightmare—an unrelenting, direct headwind that held our canoes at a crawl.

The wind was soul-crushing. If more than one of us stopped paddling for a second to eat or drink, we would actually go backward. On the other hand, if we paddled nonstop, we would not only exhaust ourselves but possibly get lost in the ocean and go completely off-course during the night.

Then in the waning moments of daylight, our team captain noticed a large island a couple of miles to the right. It appeared to run for a few miles at a 45-degree angle between us and the finish line, cutting off the headwind. He proposed a plan: We could take a risk, go out of our way, and use the island to block the wind—which would either help us get ahead or take us totally off-course—or we could play it safe, grind it out, and hope for the best.

How do you choose when to take a calculated risk? If you ever wonder whether you should take a chance, ask yourself about your culture of trust.

Do I have a team I can trust?

If you have a team you can trust, taking risks is a natural choice. When you are surrounded by a team who supports one another, you will have confidence in your teammates to help overcome any challenges. Google found in a study that their best-performing teams were ones who created psychological safety for people to try out ideas. If you don’t have a team you can trust, don’t take a risk. You will most likely fail.
Advertisement

During our race, we had two things in our favor: the best navigator in the sport and a strong, motivated team. We had faced disaster together in other races and overcome many obstacles. We had confidence in our leader and our team to prevail when we took chances.

Do I have a company culture of trust?

Does your company foster a culture of blame or learning? Blame cultures discourage people from taking chances and encourage people to play it safe. Learning companies encourage employees to take chances and grow from their mistakes. Companies like Netflix encourage risk-taking and applaud taking chances with their culture of freedom and responsibility. As long as the team learns from the experience, they are supported.

It’s understandable if you don’t take a risk in a culture that doesn’t tolerate mistakes. But if you stay in that culture, it will be hard for you to grow.

As for our sports culture, risk-taking was built in. Our team learned from each race. Sometimes our audacity worked out. Sometimes these inspired ideas didn’t pan out (like our Nepal race), but we became stronger as a team for taking chances. This time our decision left us in the vast open ocean, alone, with no idea what place we were in.

At sunrise, hours after making our fateful decision, the silence was suddenly broken by a low humming sound. We thought a fishing boat was passing nearby, but as it pulled alongside we quickly realized it was full of cameramen, photographers, and media—waving, smiling, and excited to escort us the last few miles to the finish line.

We had trusted our team, built a culture of learning, and took a calculated risk that led us to the finish line—and the win. Taking a calculated risk worked out for us that time, but if it hadn’t worked, our team wouldn’t have self-destructed. We would have used what we learned for the next race.

So, the next time you wonder if you should take a calculated risk, ask yourself: Do you trust your team, and do you have a learning culture in your company?