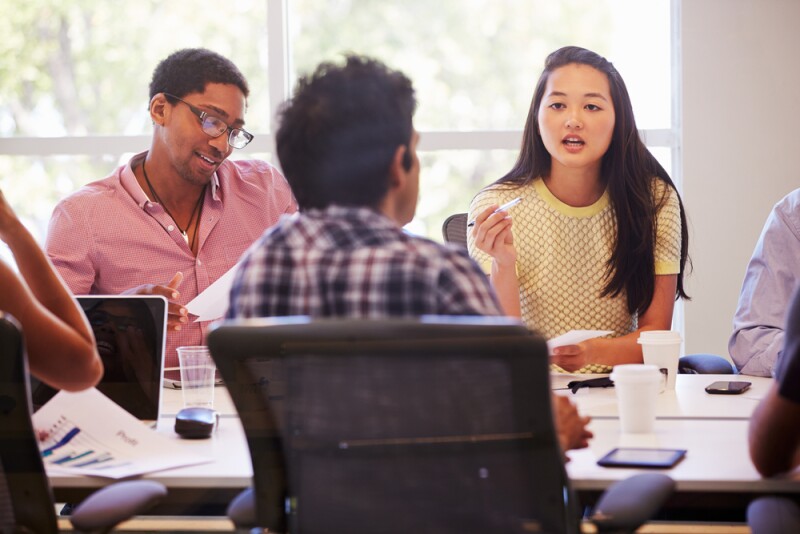 What’s your intention? Maybe this isn’t a question you are asked much, but it’s an important one.

Intention focuses attention. Attention is regarded by leading business schools as one of the most critical management capabilities of the twenty-first century. Intention has always played an important role in our attempts to understand ourselves and the world we live in. Evidence is accumulating to support the importance of intention as a cognitive skill that can be learned.

What Is Intention? The word intention comes from the Latin term intentitus, meaning “a stretching toward.” The American Heritage dictionary defines it as “an aim that guides action.” In my forthcoming book Intention Matters, co-authored with Dr. Tamara Russell, we define intention as “a deep, sincere desire that activates our will and focuses our attention. This allows us to harness various cognitive processes (brain networks), leading to actions, which make things happen.”

People often use the words goal and intention interchangeably, but there is a big difference. Goals are usually future focused—a destination or specific achievement, short-term, fixed, and logical. Intentions are usually bigger and bolder, rooted in the present moment, and lived each day, independent of reaching the goal or destination. They are often longer term, and sometimes creative and intuitive.

Intentions start off with your mind tasking your brain with an idea, which then tasks your body with actions in the real world. In comparison, goals may lead to unstructured or partial activation of the mind and brain for only part of the process. This is why goal setting can be ineffective.

How is it that some people succeed, even when the odds are stacked against them?
Advertisement

In the 1970s in the United Kingdom, a young Eddie Edwards dreamed of competing in the Olympics. It wasn’t the winning that mattered to Eddie, it was being there and taking part. This intention did not waver, despite discovering that he had very little talent for any particular sport. He learned that the United Kingdom had no Olympic athlete for ski jumping, and saw an opportunity to compete. Eddie had no money, no proper equipment, and no clue how to jump, but nothing stopped him from jumping. After one bad landing, he continued jumping with his head tied up in a pillowcase to keep a broken jaw in place. He competed in the 1987 World Championships in Bavaria. As the sole British applicant, his performance qualified him for the 1988 Winter Olympics. He competed and finished last, but gained fame and the respect of millions as Eddie the Eagle. Eddie’s unwavering intent to compete at the Olympics turned his dream into reality. We can only speculate what would have happened if he’d had an intention to become the world’s best ski jumper—might the outcome have been different? We will never know!

Examples of ordinary people whose intent drove them to achieve extraordinary things include Beethoven, Edison, and Walt Disney. Beethoven is widely considered the greatest composer of all time. From a young age, he dreamed of writing music, despite being told by his music teacher that he was hopeless at it. Thomas Edison was home schooled from the age of four because his school thought he was too stupid to learn. His intention to innovate led to him become one of the most prolific inventors in history. Walt Disney, a cartoon pioneer, became determined to create Disneyland as a tourist attraction to entertain fans. Despite being turned down by more than a hundred banks, and enduring several bankruptcies, he achieved his intent. Disneyland now has a larger cumulative attendance than any other theme park in the world.

Who wouldn’t like to soar like an eagle, become the greatest, the most prolific, or the most successful? Working with intent has the potential to make the seemingly impossible possible, often in strange and unexpected ways.
Advertisement

Our starting point for writing Intention Matters was the need to provide a science-based explanation of how intention could work. Previous best-selling books on this subject seemed to demand blind faith in a methodology with very little understanding of how it worked. We developed the IDEA model to help people harness the power of intention. Start by identifying your intention, then distil and refine it. Next embed it, and become more aware of opportunities for action that will directly or indirectly lead to the achievement of your intent.

As mentioned in “Mindfully Meeting the Leadership Challenges of 2018,” mindfulness is a great foundation for working with intention. It helps you become more aware of what’s going on in your mind that informs cognitive processes in your brain. Intent turbo-charges mindfulness, and vice versa. It’s a great place to start your intention journey.

For a deeper dive on this topic, join me me at the ATD 2018 International Conference & EXPO for the session: Developing Mindful Leadership Within Your Organization.

About the Author
Juliet Adams

Juliet Adams is the founder of mindfulnet.org, author of Making the Business Case for Mindfulness and Mindful Leadership for Dummies, and co-author of  Mindfulness at Work for Dummies. Juliet teaches mindfulness in workplaces and helped develop the WorkplaceMT approach to teaching mindfulness. Contact her at juli[email protected]