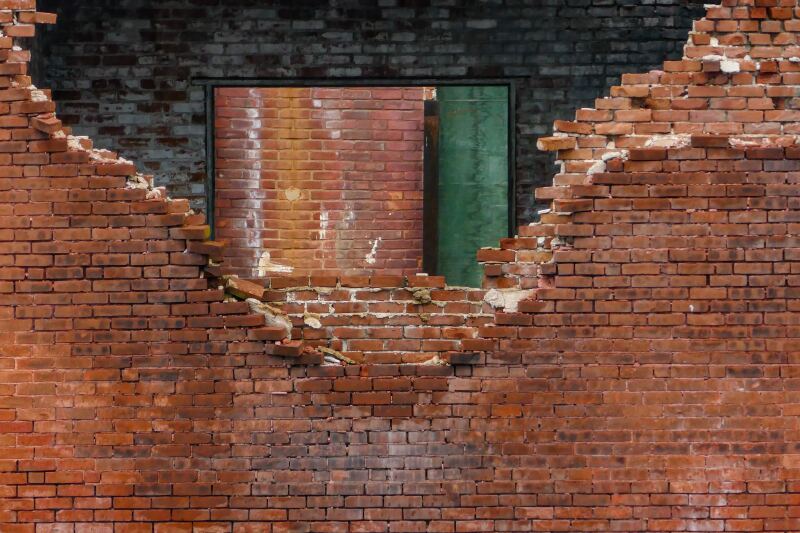 When a Door Closes, Kick a Hole Through the Wall

One of the most important life lessons I ever learned came from putting out fires. No, not fires in business, but real fires—deadly flames destroying homes, fields, and factories. You never quite understand the importance of leadership, teamwork, or creative problem solving until the stakes are literally life and death. This has helped me to succeed as a competitor in adventure racing and in life.

I worked for 21 years as a full-time firefighter for the city of San Diego. I’ve been on the front line of some of the most devastating fires in southern California. One of the things we learned as firefighters was to think creatively. When you’re in a burning building and all the doors are blocked with flames and there are no windows to escape through, sometimes you have to kick a hole through a wall to move forward.

The next time you find yourself boxed in by a problem, here are a few creative ways to break through to find a solution.

Don’t Do the Expected

Following the same path as everyone else will not give you a unique idea. Instead, focusing on doing what it takes to win or succeed will lead you down a more innovative path. Otherwise, you are just following what everyone else is doing and simply playing not to lose.

This was never truer than when I was adventure racing in the Fiji Eco-Challenge. About halfway into the race, one of our challenges was a long, assisted-rope ascent to the top of a waterfall. All of the teams did the expected: we attached our ascending gear to the rope, climbed to the top, and followed a trail that took us through the jungle to the next checkpoint.

Our biggest competitors, however, after studying the map, the jungle, and the checkpoints (or lack thereof), decided not to follow the herd. There was no checkpoint at the top, and the next required one was a couple of miles immediately to our left as we ascended the waterfall. So, why climb to the top?

Realizing this, our competitors ascended halfway to what looked like the best clearing, detached from the ropes, and made a direct beeline through the jungle to the checkpoint. By doing the unexpected, they gained about 90 minutes on the rest of the top teams. Brilliant.

Look at What the Rules Don’t Say

Winners don’t triumph by cheating. They follow the rules like the rest of us, but they also consider what isn’t covered by the rules that they can do.

One of my teammates, Steve Gurney, was great at looking beyond the rules. For example, in Ecuador we were neck-and-neck with our longtime French rivals. We needed to do whatever we could to get ahead; however, our next challenge was canoeing, which wasn’t our strength. Furthermore, our team had to split into two groups to paddle.

Steve saw the two canoes and thought, “What if we tied those two canoes together with our climbing rope from the mountaineering section of the race, creating one long canoe?” That way our entire team could power one canoe together, instead of having two separate crafts. There were no rules against it.

Then he wondered, “Why use canoe paddles just because these are canoes?” We had kayak paddles in our gear boxes and our team was much stronger with kayak paddles than canoe paddles. Between tying the boats together and switching canoe paddles for kayak paddles, we fell 40 minutes behind; however, within a couple of hours we passed our rivals. We were literally going about 30 percent faster in the Steve Gurney missile. We never looked back! And the next day, we won what is still considered the longest, toughest adventure race in the history of the sport—by looking beyond the rules.

Always Ask If There Is a Better Way

Winners are always looking for a new and better way to do things. Innovators don’t choose default settings or accept things unquestioned.

When our team was racing the Borneo Eco-Challenge, we were slogging through a muddy trail in the middle of the jungle. Night was falling and we were hiking at a snail’s pace. That’s when we spotted a river below us. Not a gentle, placid river but a whitewater river with class two and three rapids.

We wondered, “Should we bushwhack slowly through the darkness and play it safe? Or should we take a chance, jump into the river, and have the current carry us down to the next checkpoint?” We decided the river gave us the best chance of success. After scouting the banks and testing the rapids with our strongest member, we found we may not kill ourselves. Then we all jumped in for the ride of our lives.

We won that race.

I’m not saying if you follow these suggestions, you will win—or have a great idea every time. However, when you do the unexpected, look past the rules, and ask if there’s a better way, you give yourself a chance to come up with a great idea. Otherwise, you’re just trying to compete using the same strategies as everyone else. So, the next time you find doors closing and windows shutting, don’t give up. Kick a hole through the wall.