Where Should You Guide Your New CEO to Focus First? 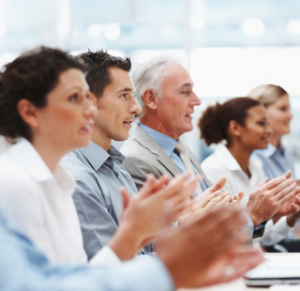 CEO Connection has been running boot camps for new and rising CEOs since 2005. Almost every long-standing CEO that has addressed this group has said their number one job is to own and drive vision and values. At the same time, their common regret is not moving faster to get people in appropriate roles. They also realize the less they do themselves, the more they will be able to inspire and enable others.

What does this insight mean for you?

First, you need to help your new CEO learn to manage organizational context rather than focus on daily operations, as well as how to not get totally absorbed in the role. More important, you’re your new CEO center efforts on

Further, recognize that the CEO’s position does not confer the right to lead, nor does it guarantee the organization’s loyalty.

Own the Vision and Values

Zoomdata’s CEO Justin Langseth told me, “There’s a unique moment that’s going to radically shift this industry. I’m devoting my time and energy to the thing we’re going to be known for…that can fundamentally transform the world, and make it something I want to work on for a long time.”

Langseth would tell your new CEO to “really make sure what you’re building is reflective of what you want your life’s work to be.” It’s hard to inspire others if you’re not “deeply passionate and motivated” yourself. Steal and reapply his ideas.

Invest in the Right People

When Langseth founded Zoomdata, he identified the right people by bringing in 15 colleagues that he worked with previously, as well as new people to offset the risks of group think. As a self-proclaimed technology geek, he misses the ability to dig into the technology, but he knows he must play other roles and let his team do what they do best.

Whether you can develop them or have to beg, borrow, or steal them, get the right people in the right roles.

Fuel the Most Important Efforts

One of the big changes in Langseth’s life now as CEO is the “fundamentally different feeling he has knowing he is personally responsible to his company stakeholders—investors and employees.” He knows that he must lead the efforts to get the fuel they need to keep going. He feels that the burden of getting revenue and investment falls on his shoulders.

Help your CEO gather the necessary fuel by making sure he or she has the tools, training, resources, and support required to be successful.