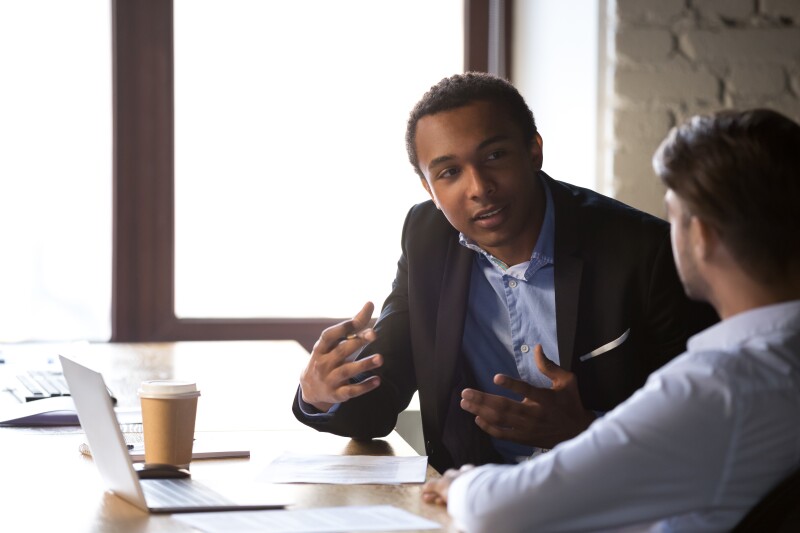 Why Don’t We Coach?

Effective leadership is a skill that can be difficult to master. It is also one that, when mastered, can lead to high performance from employees and positive business outcomes. Think back to a time when you had a manager who inspired you to be your best. What did that manager do to encourage you to chase those big projects or guide you through a challenging situation? Now think about a time when you had a manager who didn’t seem to fit into a leadership position. What did you dislike about their management style or find hard to digest when they commented on your performance?

While it is true that some people are better suited for leadership positions than others, certain traits help anyone serving in these roles. Whether you’re a direct report to someone in a leadership role or a manager looking to better understand your motivations in that type of role, here are four reasons employees refrain from coaching others and how to combat them:

1. They want to avoid confrontation.


No one likes confrontation. There is a misconception, especially among new leaders, that coaching employees to performance and behavior standards will lead to “conflict.” The majority of employees, however, prefer direct communication about their performance and behavior from their leaders. Many leaders are concerned they will be perceived as being “mean” if they offer critical feedback to their direct reports. Mean, though, is condescending. Mean is swearing. Mean is getting in an employee’s face. Mean is disrespect. Simply having conversations with employees in which constructive criticism is offered is the opposite of mean. Not having these conversations for fear of being perceived of being mean is simply delayed meanness.


2. They have not been trained how to coach.


This seems too obvious, but it is a brutal fact that most organizations do not acknowledge or address that most managers have not been trained how to coach their direct reports. Think about your first leadership role. Why were you selected to be the manager? Most people are selected for leadership roles because they were considered “the best employee on the team.” Across industries it is widely acknowledged that those considered the most competent based upon customer service scores and high efficiency will be promoted into leadership positions. What’s also noted in these situations is that little managerial training is offered and these new managers are put in charge of their peers, many of whom may have been their friends. Uncertainty about how to proceed in a leadership position coupled with hesitancy about being strict with peers could leave many managers feeling uneasy in their new roles.


3. They feel insecure about any insight they can offer.


Oftentimes leaders of high-performing teams don’t coach due to the perception that they simply don’t need to. Leaders on high-performing teams become apathetic to their team’s performance improvement because their direct reports have been successful in the past. They also fail to coach high performers or “experts” on their team because they believe they have nothing to offer them. This couldn’t be further from the truth. No matter the level your team performs at, coaching your direct reports is essential to team and individual success. Leaders will always have something their employees do not: career development.


I’ve saved the “best” for last. How many employees fail to receive the coaching they deserve because their leaders feel they don’t have time for them? Leaders get caught up in tasks they shouldn’t perform at the sacrifice of their employee’s development. In the 1970’s, Harvard Business Review published “ Who’s Got the Monkey?” This article is hands-down the best piece on time management. Nearly all focus has been on “time efficiency,” true management. The moment an employee reaches out to you for guidance, you have assumed a supervisory role. Multiply that times however many years you have been leading your team and it’s no wonder there is no time to coach. In the meantime, your employees are happy completing mundane tasks and are not challenged to reach new levels in their careers.
Advertisement

It’s true—coaching takes time. If you coach your employees and challenge them to new levels of performance and behavior, however, you will have an even higher performing team as well as more time to effectively lead them. Remember, you manage tasks and lead people.

About the Author
Scott Pitts

Scott Pitts has spent nearly two decades in the learning and organization development professions, 16 of which have been in the financial services industry. Prior to his current role as a learning strategist for a major financial services firm, he created and led a learning department for the largest bank in Missouri not headquartered in a metro market. Currently, he partners with executives to recommend firm-wide learning and organization development solutions. Scott has performed and led nearly all learning functions as defined by ATD.

Scott is also an associate adjunct professor of training and development, as well as organization development and change, at the Walker School of Business at Webster University in St. Louis, Missouri. Scott is also serving as a captain (promotable) in the United States Army Reserves for the 7th Psychological Operations Group in Mountain View, California. Scott is active in serving the Army and his local community by training local educators, clergy, and behavioral health professionals on suicide intervention. He also serves on the Business Education Advisory Board for Mineral Area College in Park Hills, Missouri, where he advises department leaders on curriculum enhancements to train future business leaders in Southeast Missouri.

Scott's idea of good self-care is sitting on his porch on his six acres of Missouri woods with cold beverage in hand, Darius Rucker playing, and his kids exploring the woods.