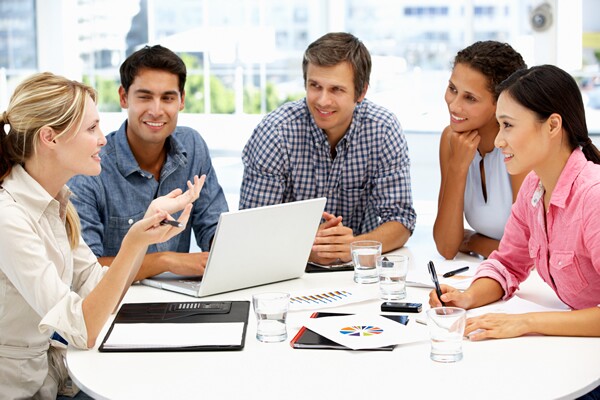 Why Millennials Value Company Culture Above All Else

Have you ever had an employee respond to an email in emoji? Or had one ask what a fax machine was? Was that employee younger than 30? Then you know that sometimes the divide between generations can be wide. Last year, Millennials exceeded Gen Xers as the largest demographic in the labor market, and their growing presence is shaping what it means to do work.

Each generation wants a distinct set of benefits from their employers, and Millennials are no different. Increasingly, employees desire a flexible work schedule, and seek jobs with companies that they think are invigorating and inspiring, according to Fortune. They want to work for an organization that recognizes them as individuals, rather than cogs in the system. But what is behind these trends, and how can you keep up? Let’s take a look at what Millennials want from work, and what you can do to give it to them without upsetting older workers in the process.

There are a few forces driving Millennials’ preference for a hipper, more flexible workplace. First, many young adults entered the workforce while it was gripped by the Great Recession. And while the job outlook is better for most, unemployment continues to be vastly higher for the 24- to 29-year-old set, a statistic that is not lost on them. An unstable economy affects employee attitudes and even has the power to shake their faith in the whole system, as we see when job-seekers quit searching for work altogether.

Technology plays a hand in feelings of uncertainty, too. It’s been noted that employee and employer loyalty is changing—people no longer expect to stay with the same firm for 30 years. Indeed, with new technology being developed ever more rapidly, it is incredibly difficult to predict which industries will be tomorrow’s titans, and which ones will be rendered irrelevant.

Further, retirement is growing more and more elusive for today’s workforce. Millennials have a “live for the day” (or, if you will, “YOLO”) mentality, in which the perks of today outweigh distant promises that may or may not be fulfilled. That’s why they may be more drawn to a company brewery tour than a lucrative 401(k).

But how companies do business in general is changing, too. The rise of the sharing economy, thanks to startups such as Uber, Airbnb, and Favor, has made branding more important than ever. In fact, advertising experts now claim that idea is much more important than product—a concept that translates to the workplace as well. Millennials, who have been pitched to their whole lives, have taken their cue from Silicon Valley magnates such as Google and Apple, where innovation counts more than sales figures. Essentially, they want to be “sold” on a company, through its values and culture.

This tendency is visible in social attitudes, too—Millennials are digital natives adept at social media platforms, where they can effortlessly retweet or tag a company. That means they expect to have an informal, personal relationship with the products they use and the companies they engage with, including their employers, and they expect their opinions to matter.

Additionally, as blasé as they may sometimes seem, today’s youth are increasingly interested in social activism, a tendency apparent across social networks. Pew Research Center found that a majority of Millennials now say they believe in an “activist government”—and you have only to search “social justice” on Twitter to see this trend unfolding in real time. Younger workers carry this preference into the workplace. They value a purpose-driven job in which they can see their ideas coming to fruition.

So how can you bridge the gap between older and younger workers? First, try not to separate teams or departments by age. Intergenerational groups demonstrate positive effects for both sides—younger employees often benefit from mentoring, reports Entrepreneur, while the older crowd can be invigorated by youthful enthusiasm. That means you’ll need to give less-experienced workers the chance to tackle projects in areas where they may be untried.

It also means opening up to new forms of communication—not punishing workers for spending time on their phone, for instance, if they’re doing valuable work in return. Lastly, your team will be most successful if you can find ways to be encouraging and appreciative of employees’ contributions—something that all ages can agree on.

About the Author
Erin Vaughan

Erin Vaughan is a blogger, gardener, and aspiring homeowner whose work can be read on Modernize.com. She lives in Austin, Texas, where she writes full time.