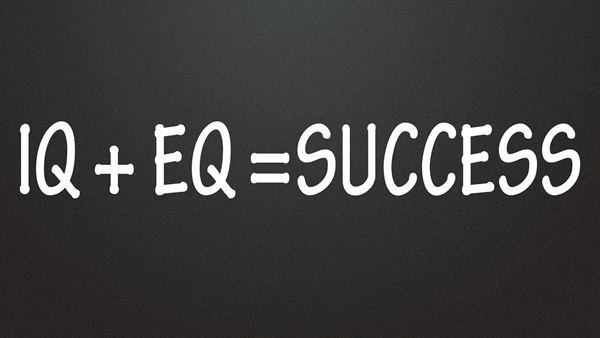 Managing relationships, a key aspect of my emotional intelligence model, means that we’re responsible for shaping the feelings of those we interact with—for better or for worse. In this sense, strong relationship skills allow us to manage brain states in other people.

This raises a question: Who sends the emotions that pass between people, and who receives them? One answer, for groups of peers, is that the sender tends to be the most emotionally expressive person in the group.

But in groups where there are power differences, it is the most powerful person who is the emotional trendsetter, determining the emotional state for the rest of the group. In a power structure, it becomes the leader’s responsibility to curate the mental state of the group.

Accordingly, many organizations that promote star performers to leadership positions find that these leaders fail if they lack emotional and social intelligence. That’s why transitioning from team member to leader requires keen awareness of our individual mental states and the mental states of others.

In any human group, people pay most attention to—and put most importance on—what the most powerful person in that group says or does. There are many studies showing that a leader in a positive mood spreads her upbeat mood to others. That collective positivity then enhances the group’s performance.

If the leader projects a negative mood, it spreads in the same way, and the group’s performance suffers. This has been found for groups making business decisions and seeking creative solutions—even erecting a tent together.

Such emotional contagion happens whenever people interact, whether in a pair, a group, or an organization. It’s most obvious at a sporting event or theatrical performance, where a crowd experiences similar emotions simultaneously, their reactions feeding off each other.

This aptitude to acquire emotions from others occurs through specialized circuitry in the social brain, operating automatically, instantly, and unconsciously.

There was a study done at Massachusetts General Hospital of doctors and patients during a psychotherapy session. The interaction was videotaped and their physiology was monitored. Afterwards, the patients reviewed the tape, identifying moments when they felt the doctor empathized with them—when they felt heard and understood, in rapport with the doctor, versus feeling really disconnected, thinking: “My doctor doesn’t get me, doesn’t care about me.”

How to strengthen emotional awareness

There are three key ingredients to establishing this kind of synchronous camaraderie.

1. Pay full attention. Both people need to tune in fully to the other, putting aside distractions.

2. Synch up non–verbally. If two people are really connecting well, and you were to observe that interaction without paying attention to what they were saying (like watching a film on mute), you’ll see their moves are almost choreographed, like a dance. Such synchrony is orchestrated by another set of neurons, called oscillators, which regulate how our body moves in relationship to another body (or any object).

3. Generate positive feelings. It’s a kind of micro–flow, an interpersonal high. These moments of interpersonal chemistry, or simpatico, are when things happen at their best—no matter the specifics of what we’re doing together.

This kind of interaction is also simply known as a “human moment.” How do you have a human moment at work? You have to put aside whatever else you’re doing, and pay full attention to the person who’s with you. And that opens the way to establishing rapport, where emotional flow is in tandem.

When your physiology is in synchrony with someone else you feel connected, close and warm. You can read this human moment in terms of physiology, but you can also read it experientially, because during those moments of chemistry we feel good about being with the other person. And that person is feeling good about being with us.

About the Author
Daniel Goleman

Daniel Goleman is an internationally known psychologist who lectures frequently to professional groups, business audiences, and on college campuses. His 1995 book, Emotional Intelligence was on The New York Times bestseller list for a year-and-a-half, with more than 5,000,000 copies in print worldwide in 40 languages, and has been a best seller in many countries.

Goleman is a co-founder of the Collaborative for Academic, Social, and Emotional Learning, originally at the Yale Child Studies Center and now at the University of Illinois at Chicago. CASEL’s mission centers on bringing evidence-based programs in emotional literacy to schools worldwide. And he currently co-directs the Consortium for Research on Emotional Intelligence in Organizations at Rutgers University. The consortium fosters research partnerships between academic scholars and practitioners on the role emotional intelligence plays in excellence.

His latest book is What Makes a Leader: Why Emotional Intelligence Matters.