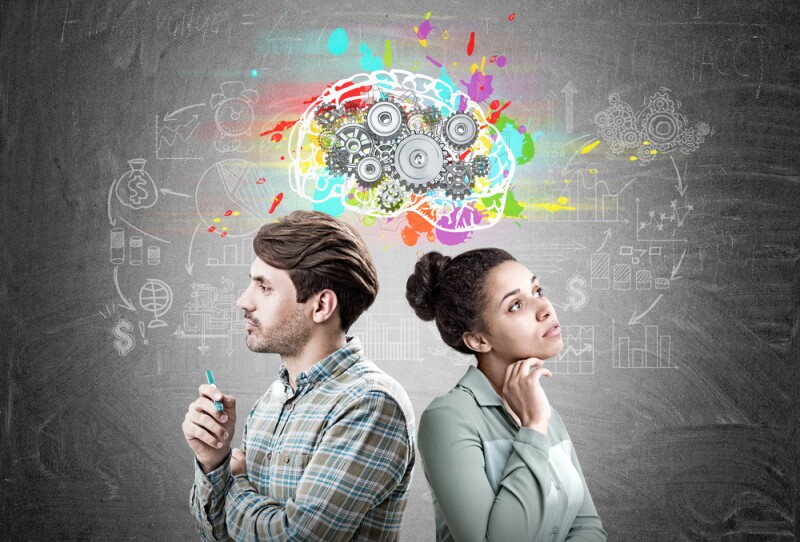 Why Start With Mental Models?

In the past 15 years, I have been working with developing leaders and organizations. I have interacted with leaders of large companies in different contexts and career moments, in diverse countries like Brazil, the United States, Peru, Italy, Argentina, China, and others. What I’ve learned, in broad terms, is that leaders know and understand their roles and responsibilities, and most of them comprehend (at least in theory) the importance of delegating, giving feedback, empowering people, and other core leadership skills.

However, despite this knowledge, many are still unable to practice these tools, develop people, and fulfill what organizations expect from them. Because of that, organizations spend a lot of money training those leaders with very little results.

But why does this happen? In my view, the origin of resistance has to do with the mental models.

I love Peter Senge’s definition of mental models: " deeply ingrained assumptions, generalizations, or even pictures and images that influence how we understand the world and how we take action."

Our mental models are formed by our experiences, beliefs, and values and determine the way we perceive life. Mental models can facilitate or hinder the development of abilities and behaviors in each of the roles we exercise on a day-to-day basis. (Figure 1 illustrates the formation of mental models.) 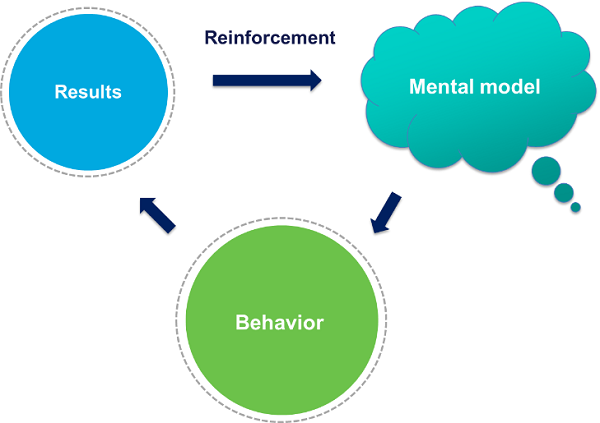 Here’s how it works: First, the process starts with having a certain mental model. Based on that mental model, the leader assumes (conciously or unconsciously) a behavior and observes the result of the behavior. For example, if a leader believes that giving feedback upsets people, she will not give feedback. As a matter of fact, though, most people will actually not become upset. And that is exactly why this process will be repeated. It is a cycle—that can be either virtuous or vicious.

Most leaders know what they they should do, and even how to do it. The role of leadership development is to build awareness around “why” they should do something. What’s more, leadership development activities can help others identify why they are not applying certain tools and behaviors, with a particular focus on understanding what beliefs (or lack thereof) are sustaining those behaviors.
Advertisement

I like to think of mental models as the "nonvisible" part of an iceberg. What we see—the tip of the iceberg—are the behaviors, such as leaders who do not give feedback or who do not delegate. Executive development activities can help leaders identify the cause of those behaviors; this is the part below the water level. In orther words, these are the beliefs that motivate behaviors. Leadership development must ask: Why are leaders doing (or not doing) what they ought to be doing?

For leadership development solutions to generate effective and sustainable changes, they must begin with the identification and transformation of mental models. Our role, as talent development leaders, is to help other leaders and managers in the organization to re-evaluate what they believe in. We need to identify the patterns of behavior that people have today, as well as what aspects of those patterns need to change.

At this point, you’re probably thinking: "Okay, but how do we do this?" The first step is to help others recognize their current mental models. This will help them discern whether a specific belief is having a positive or negative influence on helping them accomplish personal and organizational goals.

I was coaching someone who expressed that his vision for the future included a desire to be an inspiring leader. He wanted to be able to develop people and have successors. At the same time, though, he had the mental model: "For things to go well, I must do them myself." Based on that belief, he rarely delegated tasks, and when he did, he did not demonstrate any confidence in the capabilities of others. Consequently, the team became underdeveloped and unprepared.
Advertisement

I confronted him during one of our sessions, asking the question: "Is this mental model going to help or distract you in reaching your vision for the future?" Choked, he looked at me and we were silent for a few minutes. The following week, he told me, "I know people on my team can do the assignments as well as I can. For the job to be well done, other people can do it."

From that point on, we began to shape how he could follow through on this new mental model. He assimilated the tools I presented to him in a more open, fast, and effective manner. You can just imagine the results: his willingness to delegate and share responsibilities with the team led to a more prepared and engaged team. All this was thanks to the simple identification and changing of a mental model.

To learn more about mental models, join me at the ATD 2018 International Donference & EXPO for the session: Effective T&D Initiatives: Start With Mental Models.

About the Author
Arthur DIniz

Arthur Diniz ia the founder and CEO of Crescimentum, one of the most respected Leadership Development companies in Brazil. Author of the book “Líder do Futuro” (Leader of the Future ) which sold more than 50.000 units in Brazil and is currently been sold in Portugal . Holds an MBA from Columbia Business School in New York and a certificate in "Leadership in High Performance Teams" by the Center for Creative Leadership and in “Reinventing Leadership” by Kellogg. Served as an senior executive for 15 years at Price Waterhouse, Citibank, Unibanco, Deutsche Bank and Santander. At Santander , he was the Strategic Planning Director for a US$300 million business . Had several articles published in the magazines Você S/A, Vencer, T&D and Professional e Negócios. Arthur Diniz was elected in December 2001 of the 20 CEOs of the Future in a selective process coordinated by KornFerry, Voce S/A Magazine and FIA-USP. Has an International Certificate in Coaching by Lambent and Erickson College, Canada.

Jose Passarinho
May 09, 2018 07:06 AM
Great article. I've heard you talking about it here in Brazil, and they're really transforming concepts that both you and your team at Crescimentum successfully apply to your ... I was going to say customers, but I think it's better to say cases.