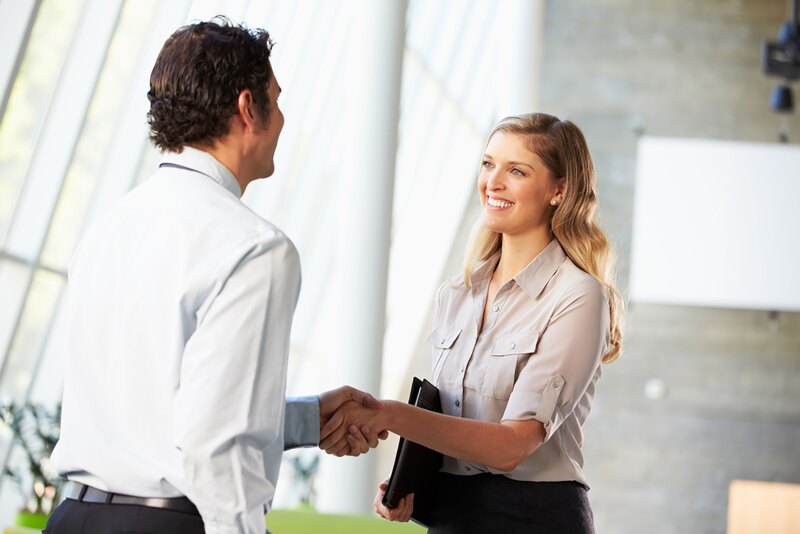 Why Technology Won't Replace Your Salespeople

Sales thought leaders and analysts periodically shine a flashlight on a particular technological tool and wonder whether salespeople or sales behaviors will be replaced by it. This happened in the early 2000s when large organizations first adopted email marketing technology, which was supposed to cut the need for salespeople to prospect. Of course, that didn’t happen.

As everyone’s inboxes were flooded with similar-sounding “canned” emails, it turned out we still needed humans to generate authentic and engaging messages to which prospects would respond.

In 2011, Selling Power founder Gerhard Gschwandtner predicted in his Sales 2.0 Conference keynote address that 15 million sales jobs would become obsolete by 2020 due to the technological advances (including social media) driving new and dramatic shifts in buyer behavior.

Now that we're officially living in the era of artificial intelligence (AI), which has brought us Siri and Watson, I’ve noticed a resurgence of dire pronouncements about jobs disappearing as AI-powered technology replaces humans. Elon Musk, Bill Gates, and Stephen Hawking all predicted that AI would be a long-term threat to workers.
Anyone driving a car or truck for a living should justifiably be concerned about the rapid advancements in autonomous driving vehicle technology.

But what about technology’s ability to replace salespeople?

A 2015 research report from Forrester, “Death of a (B2B) Salesman,” predicted that 1 million sales jobs would disappear by 2020 primarily due to the proliferation of self-service e-commerce shopping options.

The Truth About AI Versus Salespeople

Again, such messages can sound alarming. While it’s true that now is a time of rapid technological advancements, machines haven’t taken over—and we have a long way to go before they do.

Forrester predicted that sales jobs requiring simple skills (for example, order takers) were in the most jeopardy. Such positions will either no longer be needed or will be replaced by technology.

The Importance of Human Selling Skills

The authors of the Forrester report outlined reason to hope for growth in the sales profession, which is going to need consultant-type salespeople more than ever. Forrester predicted a 10 percent growth rate in consultant roles by 2020. This role is grounded in human skills, including:


This is now driving a high demand for salespeople with the skills to sell in a complex environment. Tech companies in Silicon Valley can’t hire salespeople fast enough. Last year, Peak Sales Recruiting reported that since 2010 the demand to recruit sales jobs (senior level and above) had risen by more than 15 percent in the San Jose area.

Salespeople and Technology: How Can They Work Together?

The idea that salespeople are doomed to become obsolete is based on narrow thinking about how automation works. Just because a single aspect of a job function can become automated doesn’t mean the entire job can be, as exemplified when people with advanced selling skills have leveraged technology to help them work more effectively and efficiently.

When it comes to AI, we’re still on the ground floor. Large data sets in CRM systems combined with AI, for example, are helping salespeople target who is highly likely to buy and deliver meaningful insights to those buyers. So far, technologies have either eliminated essential functions or tasks or made salespeople more productive and valuable.

The True Impact of Technology on the Sales Profession

As we continue to create better sales enablement tools, salespeople also must get better.

Ultimately, success will be amplified for salespeople who have the best skills and understand how to use technology to enhance those skills. Several years ago the difference between a top performer and average performer might have been the number of dials a salesperson could make in a day using a phone book and a telephone. With automation of those dials, the winning salesperson is not the one who makes the most dials; the winner is the salesperson who can figure out how to uncover customer needs and offer value to the customer during the actual phone conversations.

If you’re a sales leader, think about how you can leverage technology to enable your sales team to give buyers what they want faster. That may include a more focused marketing message, solutions to problems the customer can’t figure out, better recommendations for upgrades or strategic decisions, or a faster relay of communication or information.

Ask yourself how you can ensure your sales team is trained in areas that make them more like genuine consultants than mere order takers. To build a great sales team, you’ll need people who can inspire trust, solve complicated problems, and develop strong relationships with customers.

With each new generation, we see a renewed fear about technology tools and the implications they hold for our future. Instead of panicking that machines will replace them, sales professionals should develop and enhance their skill set so they can succeed in an environment where customers are struggling to deal with constant change and too many choices. Salespeople who work hard, become consultative experts, and leverage technology to their advantage will rise to the top of the sales profession.

About the Author
David Jacoby

David Jacoby is a managing partner at the Sales Readiness Group, an industry leading sales training company that helps Fortune 500 companies develop and deliver customized sales and sales management training programs. David is a thought leader in instructional design and the use of innovative technologies to deliver online sales training programs. Previously, he was a principal at Linear Partners, a sales consulting firm focused on providing sales effectiveness and development solutions to emerging growth companies. He writes frequently on the topics of selling skills, sales management, sales coaching and sales training. Follow David on Twitter: @DIjacoby