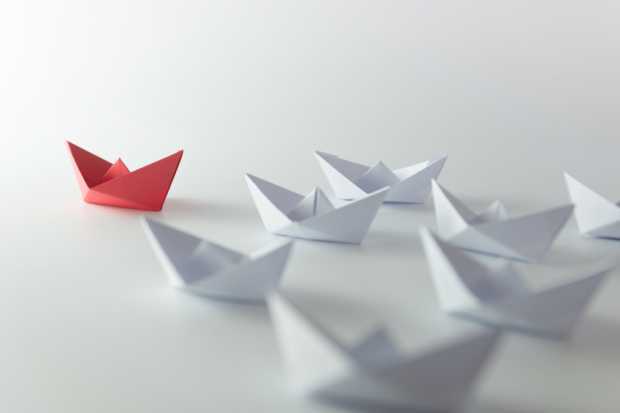 Will It Make the Boat Go Faster?

“The successful warrior is the average man, with laser-like focus.” —Bruce Lee

Sir Peter Blake was a New Zealand yachtsman who won the Whitbread Round the World Race, the Jules Verne Trophy (setting the fastest time around the world in 74 days, 22 hours, 17 minutes, and 22 seconds), and led Team New Zealand to successive victories in the America’s Cup in 1995 and 2000. While the American teams had more money, New Zealand had a singularly effective strategy, the brain-child of Peter Blake.

When Blake was asked to take over as skipper for Team New Zealand, they weren’t considered much of a real contender, especially with the better-financed American “Stars and Stripes” boat. As you can imagine, there are a myriad of things that go into preparing a racing yacht for competition, such as types of sails, ropes, winches and cranks; electronics; rigging; crew composition; and training.

So with all these enablers and influencers for success, what should the team focus on? If you say all of them, then you have lost in time, money and prioritization. Some factors are obviously more important than others, and not all are critical for success. Like any complicated endeavor, finding and keeping focus on the right things is crucial.

Peter Blake was a practical New Zealander and a veteran of ocean sailing and racing. So instead of fancy spread sheets and performance metrics, he focused the team on one single strategic question: Will it make the boat go faster?

The New Zealand team began to rethink everything they knew about sailing and racing with this one strategy in mind. Training and team composition changed, equipment size and weight changed, sails changed. Even the crew comforts were looked at through the lens of whether it would make the boat go faster. The results were not only back to back America’s Cup wins in 1995 and 2000, but the realization of real team spirit, alignment, and focus.

Are You Focused or Do You Suffer From Initiative Overload?

Over the years I have worked with many organizations and senior teams as they struggle to implement business strategies. One of my key observations is the fact that most organizations have too many “critical” objectives. These objectives compete for limited funding, and some even compete with each other. As a result, it is easy to evolve a culture of strong silos, each of which believe their objectives are more important than any others.

One popular—but often ill-fated—approach to trimming down the number of strategic objectives is to engage the senior team in a prioritization process and to separate the requirements from the “desirements.” This is typically attempted by assigning numerical values, say 1 to 5, to each objective. For example, the scale can go from Must Have (= 5) down to Not Now (= 1).

There is a practical flaw in this approach, however. What’s more, without a single point of focus and alignment among the senior team, the exercise quickly turns into a “mine against yours” argument and the scores are all over the place, necessitating the need for the CEO to play King Solomon. When this happens, alignment and collective commitment suffers.

Remember: It’s not about which department wins, it’s about the whole company winning. By having a single strategic focus, like “will it make the boat go faster,” all potential wants and desires can be measured against this single, overriding metric. For example, when Alan Mulally became the CEO of Ford Motor Company, he realized the enormity of the task ahead to return Ford to profitability and a sustainable future. Car styling had to be redesigned, unproductive assets sold, productivity increased, relations with dealers and suppliers improved. The list was overwhelming. And Ford was definitely suffering from “initiative overload.”

But to Mulally, one single requirement stood above all others: secure liquidity. Without enough cash, none of the other fixes mattered because they would soon be bankrupt. The first focus of his senior team became not to fix everything, but to “secure liquidity.” After that they could turn their attention to all the other fixes required.

With a clear and compelling single focus among the senior team, discussions can move from defending my function to collective alignment around those few objectives. If properly executed, this approach will deliver on the one strategic imperative.

As I review some of the most successful turnarounds in corporate history, there always seems to be one overarching strategic imperative that all other initiatives aligned around. For the turnaround of Continental Airlines in 1993-1994 it was “Will it win back the business traveler?” For the recovery of Three Mile Island Nuclear it was “Will it make us safer?” What is your organization’s single point of strategic focus? Or do you suffer from initiative overload and internal sub-optimization?

How to Find Your Strategic Imperative

Selecting the key strategic imperative should involve the entire senior team. All the strategic objectives that have been developed so far should be put up on a large whiteboard for everyone to see. The CEO or workshop facilitator spells out the goal of finding the one (or two) most critical objectives, that unless delivered will hinder the delivery of all the other objectives and the overall strategy.

While this may seem to be a scramble, using a root cause process in which each strategic objective is determined to be either a result of another objective or the driver of another objective, the team begins to sort the list into a chain of initiatives. Each initiative in the chain influences others. Before long, one or two key strategic imperatives will become obvious, as they are seen as the overall drivers of all the other initiatives.

The result of this sort of an exercise can be very surprising, because the senior team tends to see all initiatives not from a functional point of view, but from an enterprise-wide, holistic view. As such, team ownership of the entire strategy—and not just their functional piece—is enhanced.

Another surprising result is what strategic imperatives bubble to the top. For example, a group may have seen new product development as highly critical. But eliminating several non-core projects in order to free up people and budgets might become the underlining strategic imperative, around which all other initiatives revolve. According to Michael E. Porter, an economist and researcher from Harvard Business School, “Strategy is more about what not to do, than what to do.”

About the Author
John Childress

John R. Childress is a pioneer in the field of strategy execution, culture change, executive leadership and organization effectiveness, author of several books and numerous articles on leadership teams. He is an effective public speaker and workshop facilitator for Boards and senior executive teams. Learn more at www.johnrchildress.com.