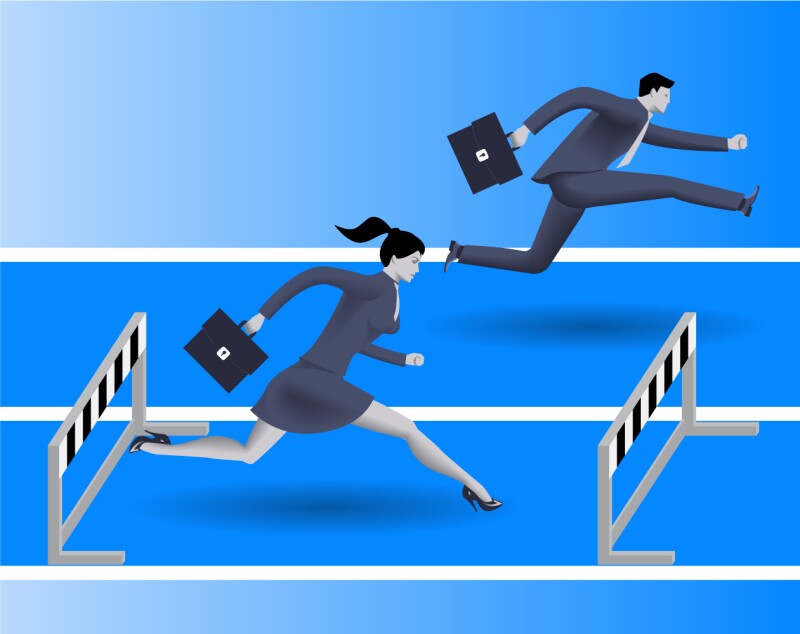 In my coaching practice, I run across a number of female professionals who are frustrated with their career progression. They feel like they’ve been committed to the company, working endless hours, doing what it takes to get the job done and then some. A big part of the problem is, they feel like they’re trying to push through this journey on their own.

In fact, it’s not just a feeling. Studies on the progress of professional women show this to be true for many. A 2017 study by LeanIn.org and McKinsey & Company titled Women in the Workplace was conducted among 34,000 employees and 132 companies which employ more than 4.6 million people. The study concluded that “Women get less access to the people and opportunities that advance careers and are disadvantaged in many of their daily interactions.”

The report also found that the leadership pipeline narrows for women: “Women are less likely to receive the first critical promotion to manager—so far fewer end up on the path to leadership—and are less likely to be hired into more senior positions. Women also get less access to the people, input, and opportunities that accelerate careers. As a result, the higher you look in companies, the fewer women you see.”

The data is evident. The stories are sobering.

Stephanie was promoted to a senior professional level position, and was on her way up the ladder to an executive level position. She was the only female at that level in this department. Her boss realized that her salary was well below that of her male peers, even though the career paths had been similar and responsibilities in this role were the same. Stephanie was oblivious to the situation; luckily, she had a boss who was not satisfied with the disparity. He advocated for her salary to be brought to an equitable level, ensuring she was compensated fairly for her work.

Stephanie is one of the lucky ones. Many women are playing catch-up throughout their entire careers.

A large contributing factor to why there are not more stories like Stephanie’s is that professional women are missing critical relationships, such as mentors, coaches, advocates, and sponsors, to enable success in their careers. There's a lack of awareness among professionals that they need these important relationships, so they fail to seek them out. Companies also don't realize or appreciate the importance of these relationships and don't provide a supporting environment for these relationships to occur.

Why should the personal development of female employees matter to companies? Companies feel the impact—right to the bottom line, from a number of challenges that result in:
• Attrition. Professionals don't feel supported and, especially if they're diverse, don't see themselves with future opportunities as they see few leaders or others who look like them moving up. Millennials have lower levels of patience when career opportunities are not apparent and are likely to move on, leaving gaps on an organization’s potential pipeline.
• Lackluster business results due to ill-prepared leaders.
• Lack of inclusion, because the primarily visible talent are the ones who look like the leaders already at the top. Humans' natural tendency is to gravitate to people with similarities.

The impact for professionals is frustration from lack of opportunities or advancement; loss of income potential over their lifetime due to that lack of advancement, which has significant personal implications; failure to reach their full potential; and the feeling that their talents and commitment to the company are not truly valued.

Career success and talent development takes a team approach beyond the traditional manager-employee relationship. The corporate environment is complex, with formal and informal processes and networks, and plenty of office politics. Learn to navigate through this network of office politics with help from a mentor, career coaches and content through organizations like ATD.

About the Author
Vivian Blade

Vivian Blade is a recognized talent management expert, guiding companies in designing a leadership talent management framework that builds solid and sustainable bench strength in their leadership pipeline. Additionally, as an author, keynote speaker, trainer, and executive coach, her passion in building leaders and developing excellence empowers organizations and individuals to reach their full potential. In 2009, Vivian founded Experts in Growth Leadership Consulting. She works with many global organizations, such as Johnson & Johnson, Proctor & Gamble, and GE, as well as individual professionals. Vivian is the author of the book  FuelForward: Discover Proven Practices to Fuel Your Career Forward.