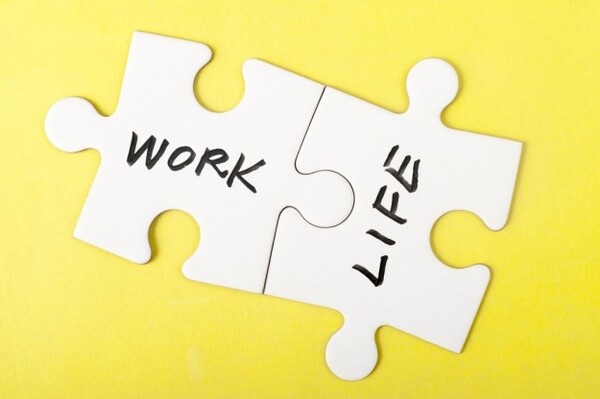 Conversations about work-life balance have been part of the workplace for as long as most of us can remember. The issue came to the forefront in the late 1990s, as Generation X entered the workforce in large numbers. By most accounts, this generation was perceived as less interested in salary than in achieving a balance between income and other benefits that afforded quality time away from the workplace. This would require a change in strategy to attract and retain employees.

While I tend to resist generational stereotypes, this did represent a significant shift from the period that immediately preceded it. With the influx of technologies, such as fax machines, networked desktop computers, and internal email, the pace of work had been increasing rapidly. This is the period when phrases like "faster, better, cheaper" and "doing more with less" were coined.

Work-life balance remained an important discussion through the first decade of the 21st century, as yet another generation entered the workforce. Technology continued to drive increases in the pace of work and its concomitant stress, with the widespread use of global email and individually empowering Internet search to solve work-related problems 24/7.

Now, as Generation Z prepares to enter the workforce, there is strong evidence that work-life balance was never truly achieved, nor will it be achieved in the foreseeable future.

What the Research Says

A recent study by Donna Haeger and Tony Lingham offers strong evidence that work and life are instead becoming fused. In their article, "A Trend Toward Work-Life Fusion: A Multi-Generational Shift in Technology Use at Work," the authors write: “Our study has demonstrated that use and advancements in technology will invariably affect how we manage both work and life domains. Our findings uncover a trend toward ‘Work-Life Fusion,’ which is salient and significant not only to the Millennials, but also to GenXers as they transition toward this shift.”

The researchers found that employees, particularly among younger cohorts, are increasingly expecting to use social media to coordinate their personal lives even while at work. At the same time, they point out employees are far more accessible after work hours than ever before. The blurring of lines between work and home life leads to a conclusion of work-life fusion.

There is ample anecdotal evidence to support their findings, fueled largely by mobile technologies that persistently connect workers to both home and work, often through social media. While Haeger and Lingham’s findings indicate that some employees expect many of the elements of work-life fusion in the workplace (because it’s all they’ve known), other employees adapt to this work style.

For example, their results show that all cohorts in the study are comfortable with the virtualization of face-to-face meetings, which was identified as one element of work-life fusion. Millennials have only known this in the workplace, while the other cohorts have adapted, accepting it as a reality of business today.

Rather than a generational concern, the study supports what seems evident today: workers adapt to new technology that is mainstream to both business and life. This is the case with virtualized meetings, email, Web 2.0 tools, and more. Those who’ve only known this way of work may be natives, but those who have experience with other ways of doing business must—and generally do—adapt.

Overall, the study indicates that Millennials in the workplace are, as a group, largely fused between work and life, but both GenXers and Boomers are adapting to this work style. The logical conclusion is that the workplace of the future will be largely fused between work and life, and this will have significant implications for learning and development departments charged with training employees, and the methods used.

There is ample evidence that, particularly for knowledge workers, formal training events make up a small fraction of our employees’ learning with much of it taking place on the job with experience or by working with others. As employee learning through self-directed means increases through use of online, social, and mobile technologies, both at work and at home, those of us charged with managing talent development in our organizations will need to develop new ways to meet the needs of a work-life fused workforce.

About the Author
Tom Spiglanin

Tom Spiglanin has been developing learning strategies, educational products, and instructional designs for the Aerospace Institute, the educational division of The Aerospace Corporation, for more than 18 years. He also facilitates learning events on public speaking, communication skills in the classroom, and using social media. He earned his Ph.D. from Wesleyan University in Middletown, Connecticut, and his B.S. from the University of California at Riverside. All views expressed are his own and not those of his employer.