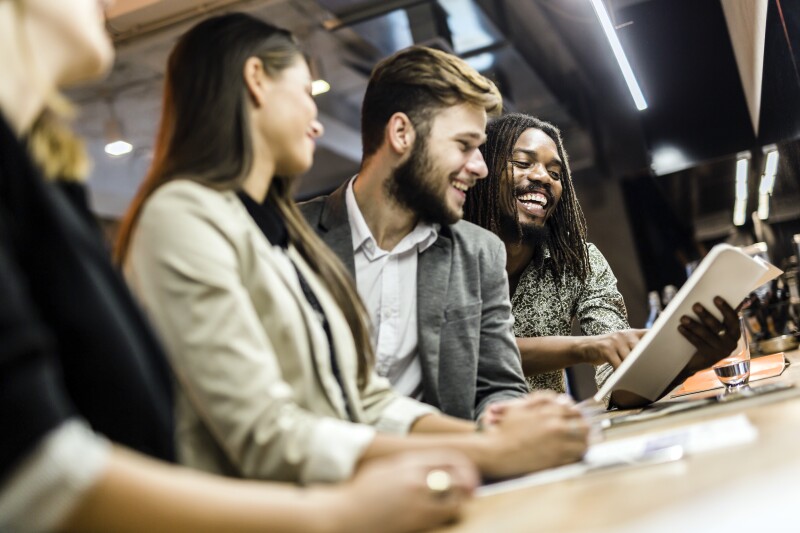 We’ve all heard the old phrase, “You don’t have to like someone to work with them.” For most of us, that’s probably true. Think about your colleagues for a moment. No doubt, there are a few people that you really like and share genuinely close relationships with. You may even spend time with them outside of work.

It’s also likely that there are some colleagues you don’t necessarily like but still work well with. In other words, together you get stuff done. Neuroscience tells us this is because you have some level of respect for each other.

In fact, decades of research is starting to reveal that respect is a key driver of partnership, collaboration, and teamwork in the workplace. But as a concept, respect is not well understood. It’s considered an intangible—and warm and fuzzy—concept by many, and as a result, it's often undervalued or dismissed. Nevertheless, if we take the time to understand how respect functions in our workplace and engage in a few key respectful behaviors, the results can be spectacular.

There are three aspects that lead us to respect (or not) our colleagues:
1. their experience and knowledge and the position they’ve attained as a result
2. their talents and skills
3. the way they treat us and others.

The first two aspects are straightforward and, to a degree, measurable. For most of us, these characteristics are logical reasons to respect someone. If, for example, your company has an experienced training manager who has a genius-level understanding of curriculum development and can bang out a program overnight, then chances are you’re likely to respect them even if they lack a few critical interpersonal skills. You’ll work with them when you need to, but you probably won’t hang out outside of work or chit-chat over lunch.

But the third quality—the way people treat us and others—can override the other two. Let’s say everyone agrees that the training manager is truly brilliant but consistently rude, critical, and sarcastic. After a while, you may feel so disrespected that you go out of your way to avoid working with them. In the long-term, this could have dire consequences for your team or organization. You may even reach a point where you join the chorus of complainers begging senior management to fire them.

The point of this scenario: Neuroscience indicates that without having at least some respect for a colleague, it’s almost impossible to work productively and effectively with them.

We also need to remember, however, that respect is in the eye of the receiver, and that it can be easily lost, especially when someone treats others in ways that can be considered disrespectful (bullying, ignoring, interrupting, naming, blaming and shaming, or throwing under the proverbial bus).

So how do you ensure that respect is understood and valued by your team and organization? Here’s a short list of behaviors that most people consider respectful:

• Say “good morning,” “please,” and “thank you” genuinely and consistently to everyone.
• Be on time and sincerely apologize (without excuses) when late.
• Guard against interrupting colleagues; wait until they finish talking to share your own thoughts.
• Use reflective listening because it makes people feel heard.
• Stay off your phone or laptop during meetings.
• Provide feedback respectfully by focusing on the behavior and its outcomes, not on the person.
• Stop the behavior immediately when someone says or does something disrespectful.

It's true that you don’t have to like someone to work with them, but if you have some level of respect for them, then your work is simply going to be more productive.

About the Author
Gregg Ward

Gregg Ward is in on a mission to transform lives and organizations via his writing, speaking, executive coaching, consulting and interactive, experiential learning and development programs, all focused on the practice of respectful leadership. He is the author of the award-winning, best-selling business fable The Respectful Leader (Wiley, 2016) and an executive coach with the Center for Creative Leadership.