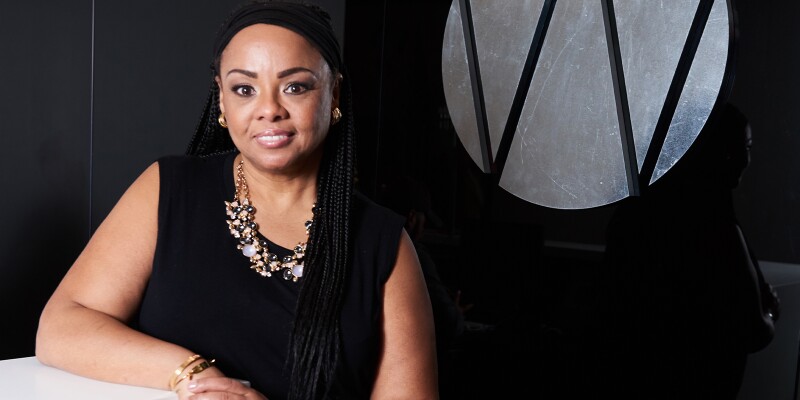 Can I Be Honest?

Judy Jackson is creating a culture of conversation built around people.

To understand Judy Jackson's job as global chief talent officer at the global digital agency Wunderman, you have to start with her boss, Mark Read. He was appointed CEO in 2015 after more than 20 years with Wunderman's parent company, the U.K. advertising and public relations giant, WPP Group.

"I came back because of our global CEO, Mark Read," says Jackson, who was with Wunderman 15 years earlier as the HR leader for the New York office. "Mark is known for turning companies around. He came to Wunderman with the mission of building his leadership team and rebranding the company. He had brought in some new leaders, and he was looking for a talent leader as well. So, I met with him, not at all thinking about leaving the job I had then."

In 2017, WPP combined Wunderman with another of its agencies, Possible, creating a workforce of 9,200 people in 200 offices around the world under Read's leadership. Wunderman's employees are a mix of creatives, data scientists, strategists, and technologists. They work across clients in a variety of industries ranging from healthcare to telecommunications to automotive and financial services.

Read's goal was to reposition Wunderman as a digital agency that could combine creativity with data and gain an advantage over competitors that were driven by analysis but lacked imagination, in his view. "We're a creative organization. In that, we do truly differ from firms like Accenture," he stated in an interview with the online publication Campaign.

Read also noted, "We can't always compete financially, so we have to work harder on other things." One of those "other things" is Wunderman's culture, and that is where Jackson entered the picture.

It was clear to Jackson that Read had a passion for talent. "During my first interview with Mark, I really was taken by his honesty, transparency, and directness, and I wanted to be a partner on the team he was building. As a talent leader, there's nothing like having a CEO that you're in tune with."

As global chief talent officer, Jackson is accountable for the development, execution, and leadership of a broad talent strategy for Wunderman globally and for supporting local talent development in Wunderman's four geographic regions: North America; Latin America; Europe, the Middle East, and Africa; and the Asia Pacific.

One of the first things Jackson did was interview a range of employees to find out how they felt about the organization. She talked with old-timers to learn what had changed and with newer employees to learn what they wanted from the experience of working at Wunderman.

"Whether I was in Singapore or New York or Chicago or London, there were four words that people kept saying to me: ‘Can I be honest?' That told me that in terms of our talent strategy, I needed to help create a culture where there was honesty, transparency, and where people felt comfortable being themselves."

One of Jackson's first moves was to throw out the performance management system that was in place when she arrived. Created by a supplier company that got started in the late 1990s when human resources and training functions were frequently faulted for lack of business metrics, the system included tools for rating and tracking people's performance. Jackson found the system too formal, too clunky, and too numbers-based to support the kind of open culture she and Read envisioned.

For example, a manager may give someone a rating that indicates very good performance, when in fact that person's work was just satisfactory. "Because who wants to say, ‘Hey, you're just meeting expectations.' A manager isn't going to say that because it's a statement that needs a defense and it can lead to a battle instead of a real conversation."

Jackson decided to try something she'd never done before. To refresh the employee review process and help create a culture where there was honesty and transparency, and where people felt comfortable being themselves, she launched YOU Time, a strategy for creating a culture of conversation built around people.

Instead of formal, data-driven reviews, bosses and direct reports simply talked to each other about career and life goals. It's also a time for managers to recognize important accomplishments. The conversations take place out of the office to break down what Jackson felt was a barrier to a useful exchange. The talks focus on four things: how are you doing; what do you want to focus on in your work; how can I, as your manager, help you; and what do you want for your personal self?

"Go for a walk, go for coffee, or go get a manicure if that's your thing, but get away from the office and have a conversation around those four questions."

Next came YOU Swap, a program that permits people doing similar jobs to spend up to three weeks trading places.

"We've grown through acquisition rather than organically, and people were telling us they wanted to know more about how things were done in other offices and other countries," Jackson says. Through the program, an art director in New York, for example, could swap jobs for a short time with a Wunderman art director in another city or country.

"This is a growth opportunity that is especially valuable for our high-performing Millennials," Jackson explains. "They bring back and share best practices."

Another offshoot of the YOU Time philosophy is a program called Pass It On, a growth opportunity for women employees. Currently, 51 percent of Wunderman employees are women. Through Pass It On, women may attend retreats focused on personal growth. When they return to the office, they pass on their learning to other people.

"We believe that everyone needs a work-life balance to truly thrive," Jackson notes. "It's my personal belief that we have to embrace the whole person."

The Pass It On workshops take place far from the office, say near an ocean or in the mountains. At these gatherings, women focus not just on their professional growth but also on personal growth—what they want for themselves. Often, the two concerns overlap.

Many women attending the retreats want to advance into management and leadership roles. "There's a lot of interest in how to become a CEO. But my personal growth goal is to find time to exercise," says Jackson. "I'm focusing on my health and if I can't get to the gym or take the time to eat properly, I know I won't be the best at my job. Some women want to figure out how to be a CEO. Me, I need to get to the gym."

Starting at the top

Jackson reports to CEO Read and is part of the 15-member global leadership team. Although Read is based in the United Kingdom and Jackson is in New York, they speak to each other most days. One aspect of their work together involves the company's many acquisitions.

"If we're looking to acquire a company, I'm right there at the beginning stage," says Jackson. "I help determine whether there's a culture fit between their organization and ours, and I look at the balance of skills between us."

On the leadership team, Jackson also works with the CEOs of Wunderman's four geographic regions, the chief financial officer, the heads of data management and communications, and the CEOs of recently acquired companies. She oversees all of HR and talent development, which at Wunderman are "interchangeable," according to Jackson.

Getting the technology right

Wunderman uses many kinds of advanced technology. The company uses data and analytics to identify ideas for creative campaigns. It helps clients with marketing technology and automation. And employee "creatives" use advanced Microsoft design tools. (See, for example, the Microsoft Flowers project, an installation by Wunderman Asia Pacific, featuring billions of interactive flowers, all created digitally.)

Read oversaw the digital expansion of Wunderman's parent company for several years, and Wired magazine ranked him as one of the top 25 digital influencers in Europe in 2014.

In short, technology is an important part of Wunderman's business model, so it makes sense that Jackson wants to refresh the company's learning technology along with its culture. "Sometimes we in HR get so focused on process that we tend to forget our overall goals. This can be especially true when technology is involved," Jackson notes.

Since dropping a legacy performance appraisal system and launching YOU Time, she has been exploring "different apps we might use to enable some of the YOU Time philosophy. We are looking for something that can provide our leadership with 360 feedback in the moment. It might consist of questions sent to employees at random asking how they're feeling about their office or their manager that day.

"For sites such as Wunderman Central, our employee intranet, and Wunderman University, our online course offerings, our goal is to find technology that can deliver meaningful and actionable L&D content along with ease-of-use.

Apart from shifting trends in technology use, Jackson doesn't see much change in the issues facing the talent development profession.

Jackson's advice to her peers, based on 30 years of experience, is: "Lift up your head. Get out of the office, talk to people, talk to leaders about what they're doing. Talk to your colleagues. Your competitors. It shouldn't be a treat to take a break from the day-to-day. It should be a requirement. Get out of your own way and be inspired."