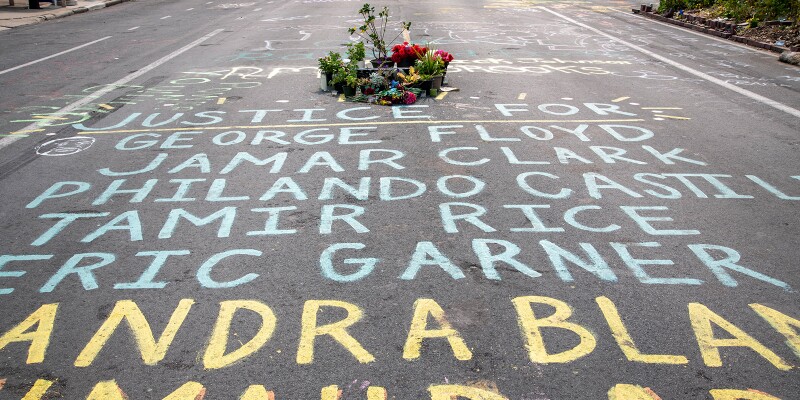 Turn your diversity statement into inclusive action with a company strategy and organizational awareness.

It is impossible to discuss the diversity, equity, and inclusion initiatives that most corporations want to take without mentioning George Floyd. However, it is also nearly impossible to understand why it took his death for these conversations to start.

The statistics regarding a lack of diversity, the demand for more equitable workplaces, and the evidence that diversity and inclusion are good for business were exactly the same prior to May 25, 2020 (the date of Floyd’s death), as they were afterward. Nothing changed.

What we witnessed—and what Floyd’s death was a catalyst for—was the exact moment an entire population moved from status quo to awareness at the same time. For some, there was a shift in perspective. However, for some, nothing changed.

The dichotomy in perspective mirrors the attitudes we see in the workplace, especially when we have had more than a year to develop a plan. Yet, many companies don’t have much to show in terms of progress.

In my work as a diversity strategist, as well as in my book on unconscious bias, I have defined four phases that an organization needs to pass through to not only make a dent but provide lasting, positive impact: awareness, alignment, action, and advocacy.

Awareness is when a company’s leaders understand and acknowledge that individuals have raised concerns and there are injustices to address and inequities throughout the organization. But knowing what those are and where they reside can only happen once the leaders are open to hear it.

That leads to alignment. In this phase, leaders connect the dots between the harm uncovered, the bright spots of what is working, and an actionable strategy.

Advocacy is the stage everyone is striving to reach. And organizations will attain it in parts.

They may reach that stage in recruiting but not in retention. They may make it work in the external branding team but not the internal team. It is a constant cycle of improvement.

What’s missing from those four phases is status quo, because that is a place of stasis. It is complacency with no desire to change.

It is the place we are in before we get to awareness. While awareness is not the desired outcome, it is a necessary space that serves as the foundation for lasting change.

The trouble with a state of awareness is that many leaders want to skip this stage and go right to action. Collectively, we have moved out of status quo and skipped the foundational steps, which is why the top three actions companies wanted to take in 2020 was form a DEI council, hire a chief diversity officer (CDO), and offer unconscious bias education to employees.

What is a DEI council? While it may look different for each company, in general, it is a cohesive, united group working to ensure the company is focused on DEI as a strategy while assessing that strategy’s effectiveness.

What doesn’t work is when the council’s job is to implement, instead of oversee. Problems also arise when the plan for selecting council members is neither transparent nor objective. Getting this step wrong makes it difficult for the company, leaders, and employees to respect and recognize the council’s authority.

CDO. Josh Bersin, in the 2021 Elevating Equity report, notes that earlier this year, US companies had more than 48,000 jobs open for directors or vice presidents of DEI. Why are so many employers hiring CDOs, or individuals with diversity responsibilities?

Many companies did not have a diversity strategy prior to hiring a CDO, so the individual’s main responsibility is to spearhead developing a DEI strategy. With such heightened scrutiny on companies, it makes sense for leaders to fill this role.

But this is a tough job. CDOs are expected to come in and create change in an area where nothing—or next to nothing—existed prior to their arrival.

Unconscious bias training. As an educator on the topic, I have no issue with unconscious bias education. Everyone needs it. In 2020, the number of unique learners who watched my LinkedIn Learning course on the topic increased exponentially.

When leaders tell employees to participate without giving them an outlet to discuss what they’ve learned or the current work practices that are inequitable, they create a hostile and resentful workforce.

I have to agree with Josh Bersin when he writes, “DEI is not a training problem—it’s a strategy and culture problem.” It is also why I make the distinction between a mandated training video and an education workshop that is part of a DEI strategy.

In the UK, the Civil Service terminated training at the end of 2020 and urged other public sector organizations to do the same. A BBC article discussing the battle over unconscious bias training noted:

“Achieving behavioural change is harder. If a company wants to increase representation of minorities in senior management, then relying on bias training alone is likely to fail—and to give employees a sour experience of diversity initiatives. For concrete change, this training has to be part of an integrated process, and organisations need to be willing to invest in that longer-term process rather than the short fix of a one-off training session.”

Are the actions that companies are taking wrong? Not at all.

The common pitfall among all three, though, is the lack of an underlying strategy. Without a strategy, without knowing why individuals should take action, the outcomes are inauthentic and unsustainable.

A DEI strategy should include components of leadership commitment and an updated company vision and mission with a focus on employee retention, corporate social responsibility, customer experience, and supplier diversity. But each company will have different components.

There is no one-size-fits-all strategy. It can be as simple as committing to improving retention of women in the technology department.

Creating a strategy is not nearly as difficult or complicated as it may seem. What is problematic is that the emphasis is in the wrong place.

For example, the point of unconscious bias education is not to change behavior—it is to make people aware that their behavior needs to change. That is a subtle but important distinction that makes a large difference on expected outcomes.

By focusing on a low-cost training session, rather than on the actions individuals need to take as a result of the training, companies save time and money, and leaders can postpone taking real action. That is an act of misdirection and subterfuge.

As a talent development leader, you have an opportunity to interrupt that destructive behavior, innovate training, and ensure that unconscious bias education and any other education related to DEI are aligned to the company strategy.

Explaining the company’s reasoning and the action the company intends to take over the next few weeks, months, and years focuses each participant on their role and how they all tie together. Rather than a one-and-done session, the training becomes part of the plan.

Similarly, negative outcomes have arisen with organizations hiring CDOs. Doing so enables leaders to say they have taken action.

However, now one individual is responsible for all the company’s diversity efforts and has been tasked with motivating managers to change without any tools to motivate them.

The CDO doesn’t have goals tied to compensation, isn’t able to point to key performance indicators or organizational goals that everyone needs to meet, and has no power to do their job effectively.

So, when the DEI initiatives fail—and they will—the company will fire the CDO and say the individual was ineffective. The reality: The company refused to take the steps necessary to change the system.

Don’t let that play out. Partner with HR and the CDO to create professional development content that educates executive leaders, hiring managers, and talent acquisition teams on the importance of taking the DEI initiatives seriously. You may require an outside consultant’s help, but you can then continue the work internally.

A DEI council faces obstacles similar to the CDO. Council members are responsible but receive no compensation for the work, and they will have to compete for time to participate. Their role will be seen as in addition to their regular work, which ultimately translates to “not as valuable.” And eventually, their focus will turn to other priorities.

Over time, the DEI council will be seen as a time drain, and the group will languish. This group will suffer the same fate as the CDO.

To avoid you and other leaders appearing inauthentic, ineffective, and performative, focus on accountability, commitment, and transparency. Set up processes that hold leaders accountable; make a commitment to the process; and encourage and embrace transparency in communications with the workforce.

Accountability comes with consequences. If there are no consequences to inaction, there is no incentive to act. Employees attend a session with no follow-up or plan, so they have no path for change.

Leaders also must commit to the process. Too often companies start a strategy with no leadership buy-in. That leads to the initiative stalling.

Finally, leaders not communicating or being evasive because they don’t have a plan offers employees time to fill in the gaps—and what they fill in is never positive. As a leader, speak up and admit you don’t know—and encourage others to do the same. Lean in to support from your teams and provide that to your peers.

To truly embed DEI into company strategy, everyone must be involved. Training works when accompanied by goals and accountability, and it is within your scope as a talent development leader to do something about that.

About the Author
Stacey A. Gordon

Leading at the intersection of diversity, inclusion, and workplace culture, as CEO and chief diversity strategist of Rework Work, Stacey A. Gordon focuses on reworking how companies work, including how they inclusively recruit, hire, and engage employees, effectively creating inclusion and belonging for all.

In her role as executive advisor and diversity strategist, she coaches and counsels executive leaders on DEI strategies for the business while offering a no-nonsense approach to education for the broader employee population. Taking a 360-degree of work, Gordon is the creator of the second-highest viewed course at LinkedIn learning and has surpassed the milestone of having reached more than 1 million unique learners. Her unconscious bias course has been translated into at least four languages and has been featured by LinkedIn, Microsoft, and Virgin America (now Alaska Airlines). Gordon is also the author of UNBIAS: Addressing Unconscious Bias at Work, a book that reached number 1 on several Amazon New Release lists.

Previously employed as an adjunct professor teaching Diversity in Organizations at Phillips Graduate University, she now teaches at Pepperdine University in the business school where she earned her MBA. Formerly the director of education for the largest Society of Human Resource Management affiliate in the country, Gordon earned both her Inclusive Workplace Culture credential and her SHRM Senior Certified Professional certification from SHRM.

As a globally recognized keynote speaker, leadership consultant, and DEI strategist, Gordon has provided subject matter expertise to SHRM, Fast Company, Skillsoft, Forbes, NPR Radio, BBC Radio, and the Association for Talent Development. She was recognized by Pepperdine University as a Top 40 Over 40 Leader, by the Los Angeles Business Journal for her work in Diversity, and by Forbes as a Top 3 Business Leader Who Spoke Out About Diversity & Inclusion.