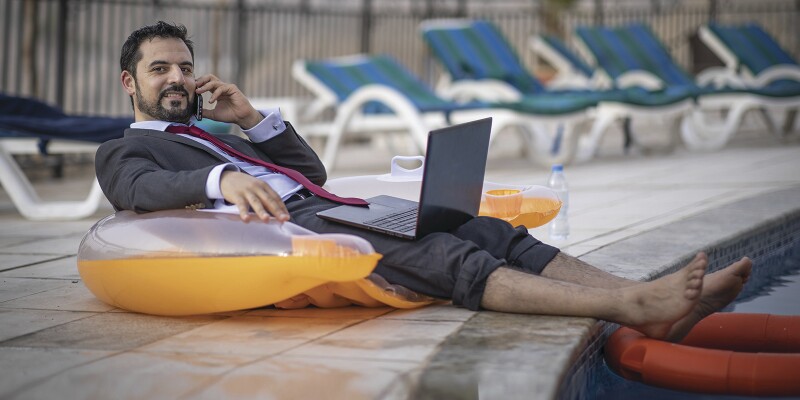 Are You a Workaholic?

Many employees work—and think about work—for far more hours than they should.

A new year is upon us, and many people may have or should resolve to strike a better work-life balance.

A 2019 survey of 2,000 US workers that OnePoll conducted for the Vision Council reveals that almost 50 percent of respondents would classify themselves as workaholics. The study found that each week these individuals work four additional unpaid hours.

And it's not just those in the US who are overworking. According to the Organisation for Economic Co-operation and Development's database, the average usual weekly hours individuals worked at their main job in 2018 in Colombia was more than 47; employees in Mexico worked just over 45 hours.

What's more, work doesn't end when employees leave the office. The OnePoll study found that individuals spent four hours a week just thinking about work. And according to Adobe's 2019 Adobe Email Usage Study, of the 1,000 surveyed US workers who check work email outside of the office (76 percent), 13 percent do so before they even get out of bed, and another 25 percent check while eating breakfast.

The workaholic culture does not need to be the norm, though. Employees and their managers alike can take steps to reverse the trend. Doing so could have life-saving implications—literally.

Organizations and managers can start by proactively implementing strategies that foster a work-life balance for employees, such as flexible work schedules. They should also ensure they are offering their workers the support that they need.

In a Management-Issues.com article, Wayne Hochwarter, a professor of business administration at the Florida State University College of Business who studied employees and workaholics, found that those individuals struggle when they felt alone or when they didn't feel like they had necessary resources. He notes that those with access to resources—like time to rest, equipment, and personnel—had a 33 percent lower rate of burnout and were also 40 percent more likely to be satisfied with their jobs.

Hochwarter says that most workaholics are trying to not only achieve their own career success but also benefit the organization, and he reminds managers to balance their expectations of employees and keep in mind the work as well as the individual who is completing that work.

About the Author
Joy Metcalf

Joy Metcalf is the managing editor of TD and CTDO magazines and TD at Work.