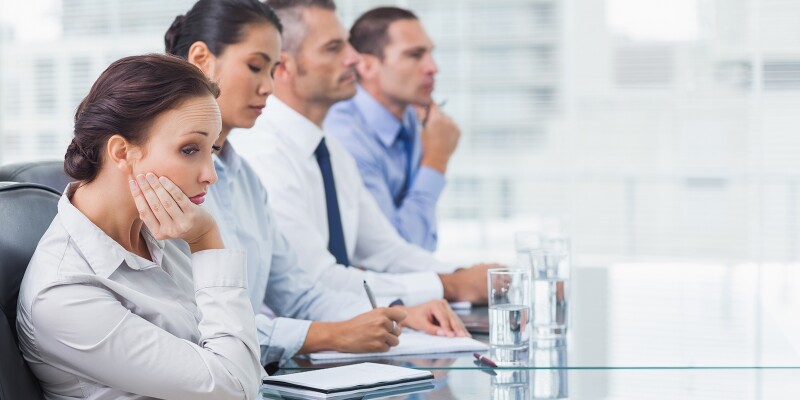 According to the Association for Talent Development's 2019 State of the Industry report, organizations spent on average $1,299 per employee for training in 2018, and each worker used an average of 34 hours (slightly more than four eight-hour workdays) on formal learning. What is the return on that investment?

The best measures would be increased productivity or accelerated promotions. Another impact measure would be the recall of information presented during training. Unfortunately, learning architects seldom use those standards for the return on training investments. More commonly, learners complete a survey that asks how much they liked the training course, the trainers, the food, the venue, and so forth. In other words, they measure the meeting rather than the message.

There is another problem with that sort of post-training evaluation: People lie. They don't lie because they have evil intentions but because of how their brains function. Asking people whether they like something necessitates a conscious reporting of what neuroscience research has shown is primarily an unconscious emotional response.

Value in the brain

Published research in neuroscience, including from my academic lab, has identified how the brain values experiences. That is the key to accurate prediction. To do it, though, the research team first had to determine when something really has value. Based on the inaccuracy of self-reports, we did not want to ask people if they liked something. Instead, we took a functional approach.

We hypothesized that if someone's brain found something valuable, it would cause that individual to do something we could observe, particularly if the behavior were difficult to do. Put differently, the research team discovered the neural signals associated with value by working backward: It compared brain activity of those who responded to an experience to those who did not.

Our initial studies took blood samples before and after participants watched videos that highlight a cause that alleviates suffering. We paid participants $40 and offered them a chance to donate some of their earnings to a charity associated with the featured cause. The research team compared changes in neurochemicals in those who donated to those who did not. Often, half of participants donated money to charity even though we stuck their arms twice with needles.

Something happened in their brains that caused them to voluntarily give up their hard-earned money. The data shows that participants almost always made donations when they experienced increases in two neurochemicals: one associated with attention (cortisol) and one associated with emotions (oxytocin). Measuring changes in neurochemicals enabled us to predict with 65 percent accuracy who would donate to charity.

Federal agencies noticed our lab's ability to predict what people would do and thought the research could help them. But there are only so many needle sticks people can endure; instead, we started to measure electrical signals in the nervous system, focusing on regions with high densities of receptors for the neurochemicals identified in our earlier studies. We fit participants in those experiments with a high-density electroencephalogram, an electrocardiogram, and finger sensors to capture electrodermal activity (changes in electrical resistance due to sweat).

We measured more than 100 neural signals at up to 1,000 times per second, so there was a lot of data to pore through. Lab scientists built statistical models using the data to predict what motivated actions, but the majority of the neural signals were not predictive. The best models pushed our predictive accuracy to 82 percent using only four data streams.

Those studies show that an experience provokes action when two networks activate in the brain. The first network causes people to pay attention to the experience. Pay is the operative word; attention is metabolically costly, and the brain is stingy with its resources, so attention must be earned. The second brain network necessary to establish value generates emotional resonance with the experience and is associated with the release of oxytocin. The latter network tags the experience as important and causes the brain to store the information in a way that makes it easily accessible. Emotionally resonant experiences lead to both a higher likelihood of immediate actions and easier recall weeks or months later.

I just summarized two decades of research, but how do I and other scientists really know the findings are correct? The short answer is replication and drugs.

Most of what your brain is doing now is keeping you alive. Only tiny ribbons of neural activity are responding to the information in this article. Extracting those tiny neural ribbons from the brain's background activity is difficult. It's especially challenging because most neural signals affect behavior in multiple ways. That means they fail to consistently predict what people will do.

Although the science was giving stimulating results, our team was still skeptical. The importance of attention to motivate action did not surprise us; it was the necessity of emotional resonance that was a new finding. So, we dug deeper.

We needed a set of statistically robust signals for value. Robust means that the signals consistently predict behavior when one varies the measurement technique and outcomes. The research team identified robust neural signals by varying the experiences it gave participants and using drugs that switch on networks in the brain.

The lab developed a protocol to safely deliver oxytocin into living human brains. Synthetic oxytocin infusion intensifies emotional resonance, and if it changed people's behavior, then it would establish the causal effect of emotions. These experiments had people watch public service announcements after we administered synthetic oxytocin or a placebo up their noses. Those who received oxytocin, compared to people given a placebo, donated to 33 percent more of the featured charities and gave the charities 56 percent more money. More importantly, a week later, the oxytocin group also remembered the details of the videos nearly twice as accurately as participants who received a placebo.

I have named the neurologic state produced when someone is attentive to an experience and it generates emotional resonance immersion. Immersion is why people cry at a movie even when they know the story is fictional and the characters are professional actors. It is why a great teacher can change a student's academic path. Immersion is why great training sticks.

When an experience such as training is immersive, its storage in long-term memory has tags on it that make it easier to recall. Think of your first boyfriend or girlfriend, what happened to you on September 11, 2001 (if you were in the US), or the birth of your child. You easily remember those experiences because they produced powerful emotional responses in your brain. The science proves that neurologic immersion predicts immediate use of new information and its later accurate recall.

That's why immersion can be a measure of training effectiveness. It may even change how talent development professionals design and deliver training, including virtual training—if, that is, we could dispense with the blood, drugs, and big machines.

Fortunately, neuroscience research has revealed how to measure immersion from the nervous system. My company, Immersion Neuroscience, translated the research findings into software that measures immersion using a smartwatch or similar wearable. Although the specifics of the wearable and software are proprietary, it essentially senses and records activity of the nerves surrounding the heart to assess how engaged a person is with any experience. Then, software in the cloud uses the data to measure immersion for one to 1,000 people simultaneously and compare it in real time. The approach enables users to collect data at scale and thereby identify when training works or falls flat.

Indeed, measurement is key. We were able to measure whether a training program was effective by comparing average attendee immersion to the immersion benchmark based on thousands of observations. The metric reveals whether the information is effectively entering and being stored in learners' brains.

As learning architects modify training, they should focus on driving up immersion. The science shows that information recall is easiest when it occurs during peak immersion moments. For example, presenting information using a narrative arc often produces an immersion peak.

Therefore, instructional designers can build narratives from the experience of a customer in a crisis or an employee who put in extraordinary effort to resolve a problem. Stories stick in the brain, and they stick easily if they produce peak immersion.

One company's path to immersion

Immersion will drop over time for anyone on stage. It doesn't matter how exciting, engaging, funny, moving, or talented speakers or facilitators are, immersion in learners erodes the longer facilitators are in "show" mode.

Maslow's hierarchy always wins. During one session, an especially relevant and engaging facilitator did all the right things, and yet immersion was low. The team discovered that the data came from an impromptu session that had been scheduled during lunch, and participants had not had a break. The physical need to eat, rest, and have a mental respite trumped participants' motivation to learn. Immersive learning is metabolically costly, so schedule breaks regularly and avoid working lunches.

Bob Gerard, Accenture's senior learning architect, reports that immersion audits have helped the company escape the tyranny of the 60-minute clock. After uncovering peak immersion moments through audits, he says, the firm began structuring training so that the most important information occurs during immersion peaks. Trainers now present information in blocks of no more than 20 minutes before participants engage in an active task. They also present information using a narrative arc, mix media types, and add in surprises to create immersion peaks.

Over time, Accenture's use of immersion data has extended beyond program evaluation; the firm has integrated it into learning experiences too. Gerard describes a sales training session during which an attendee practiced a sales pitch. The facilitator displayed real-time immersion data for the learners in the room as the sales associate practiced her pitch. She received immediate feedback on the parts of her pitch that caused immersion to trend upward, indicating its effectiveness. The firm also pinpointed when immersion dropped, letting her know it was time to make a pivot.

Continuously evaluating training programs by capturing learners' unconscious emotional responses has given Accenture the ability to identify trends, experiment with new learning approaches, and design learning experiences that create long-lasting value. Some of the insights it uncovered are already established best practices. But, according to Gerard, the team discovered that having scientific data to back up their learning modifications made it easier to persuade stakeholders that training had improved and was creating value for the company.

About the Author
Paul J. Zak

Paul Zak is the founding director of the Center for Neuroeconomics Studies; professor of economics, psychology, and management at Claremont Graduate University; and founder and chief immersion officer of Immersion Neuroscience. His two decades of research have taken him from the Pentagon to Fortune 50 boardrooms to the rainforest of Papua New Guinea—all in a quest to understand the neuroscience of human connection, human happiness, and effective teamwork.