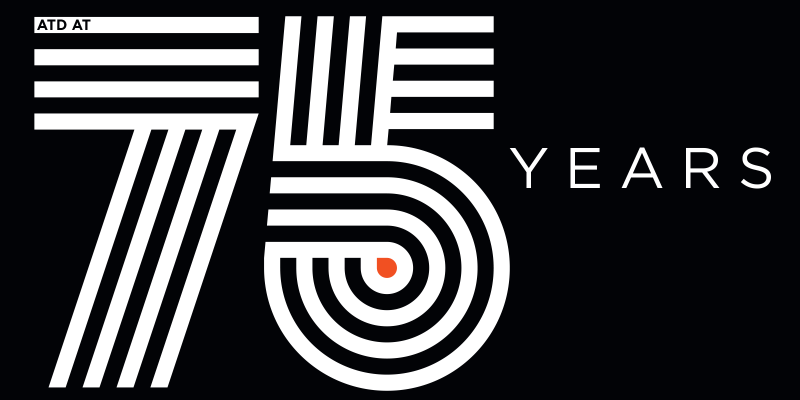 Former TD Editor Pat Galagan reflects on the association's past and future.

When I began working for what was then ASTD as editor of the Training and Development Journal more than 35 years ago, I didn't know much about the profession it served. I'd been working for the World Health Organization in Geneva, Switzerland, editing the work of epidemiologists. Trainers, as they called themselves then, were a different breed.

My learning curve was steep at first, but there was plenty of help. An editorial board of subject matter experts reviewed manuscripts and answered questions about the field. For locating experts and fact checking, there was the association's in-house library staffed by two librarians. Today, more than 30 people find and prepare content for ATD's live, print, and digital content channels.

From the training articles I edited back then, using a blue pencil and an IBM Selectric typewriter, I began to learn about the extraordinary breadth of the profession. People who taught technical skills, designed learning modules, coached CEOs, championed diversity, and motivated people to walk on hot coals were all part of the same profession. ATD commissioned a series of competency models to identify the skills and abilities this diverse tribe shared, and these led to the creation of the Certified Professional in Learning and Performance (CPLP) credential. Though I didn't know it right away, I was witnessing a profession coming into its own.

Every profession has its own vocabulary, and the words that come and go are clues to its aspirations and achievements. Consider the evolution in status and influence that these job titles imply: trainer, performance improvement specialist, learning evangelist, talent developer, chief talent development officer, and vice president of people. Practitioners who strategized for years about how to "get a seat at the table" have moved on to the objective of owning the table, a reflection of the increased strategic value to organizations of attracting and building talent.

One of the longest-running debates in the profession has been what to call it and how to define it. Champions of human resource development battled defenders of training and development. Their arguments were challenged by performance advocates who insisted that the point of the work should not be what is taught but how learners perform as a result.

Malcolm Knowles wrote in the Training and Development Journal, "We should be reconceptualizing the role of the trainer away from that of prescriber, transmitter, and evaluator of learning toward that of facilitator and resource for self-directed learners." That was in 1978. Performance became a lens for the profession over the next 20 years.

Today's talent development professionals claim a whole portfolio of responsibilities, which tend to vary from industry to industry, the size of the organizations where they work, and how strongly top management believes in the value of developing talent. TD magazine's interviews with more than 50 CEOs of leading companies—such as Southwest Airlines, PepsiCo, UPS, McDonald's, Caterpillar, Lowe's, and Raytheon—suggest that the value of developing talent enjoys strong support at the top.

In 2008, Indra Nooyi, chairwoman and CEO of PepsiCo, told us, "Our company's long-term strategy for delivering strong financial results while responding to the changing demands of our consumers and the marketplace ... [is] having a vision that everyone can get behind. At PepsiCo, that vision is 'Performance with Purpose,'" which rests on three pillars of sustainability: human, environmental, and talent. She goes on: "We're committed to attracting, training, and retaining the best talent because the ability of PepsiCo to meet our performance goals and deliver our purpose agenda rests in the hands of our ... associates."

After many years of observation, changes in the profession appear to me like an ocean tide, where the mass is moving in one direction but the individual waves along the shore constantly advance and retreat. The use of learning technology is a good example. ATD's 2017 State of the Industry report shows that 45 percent of learning hours were technology-based, while the majority, 51 percent, were classroom-based. In a deeply digital age, there are still thousands, possibly millions, of classrooms where a single instructor lectures numerous learners in one-hour blocks and the flipchart stands tall. Yet overall, talent development professionals are enthusiastic adopters of learning technology.

Despite many currents of interest within the profession, there are three evergreen topics. The number of people wanting to know more about them rarely decreases, according to years of surveys.

The first topic is leadership: What does it comprise, what behaviors drive it, can it be taught or is it innate, and why aren't there more women in leadership roles? The second topic is change: its constancy and speed, why people resist it, why it fails 70 percent of the time and has for decades, and how to make it successful in an age of mind-bending changes in the workplace. The third topic is technology: how to make it work for talent development, how to anticipate its perpetual disruptions, and how to thread a path between its value and its perils.

There also is a fourth topic, neuroscience, which is gaining interest because it sheds light on how humans learn. Studies of the anatomy, physiology, and molecular biology of the human nervous system and brain are replacing decades of conjecture about learning with research-based evidence. The talent development field has benefited from an explosion of scientific discoveries in recent decades—from the way neurons influence cognition to sleep's role in our ability to learn, memorize, and make logical decisions.

In 2016, Budweiser transported a truckload of beer 120 miles in a vehicle without a driver. News like this, about amazing technology-enabled feats, makes it clear that parts of the future are already here. But what parts will influence talent development the most?

Economists, social scientists, neurologists, educators, game developers, tech entrepreneurs, and consultants all have something to say about where human learning is headed in the future workplace. Many of their predictions are similar: Work will be more collaborative and team-oriented, more automated, and more entangled with social technology that taxes our cognitive ability, and it will change faster than ever.

One thing is already clear: Work in the future will demand more learning.

For the talent development profession, my supposition about the future is that the three evergreen topics—leadership, change, and technology—will remain important, but that technology will consume the most attention and cause the most anxiety because it will continue to revolutionize the way people buy, work, communicate, and learn.

People are frightened of artificial intelligence (AI) for some solid reasons. It's predicted to take away jobs and require lots of reskilling. Creative jobs and those requiring social interaction, such as managing people, will be safe for a while, experts say, but many more types of work will disappear or become too technical for the people who have them. McKinsey predicts full employment until 2030 but also says that half of today's work activities could be automated using current technology.

Most AI systems are trained rather than programmed. Many of them "learn" by processing massive amounts of data that humans categorize and label, which is time-consuming and error-prone. AI systems also use reinforced learning in which algorithms learn tasks by trial and error. And while AI systems can be trained to make decisions—such as whom to hire or promote from a selection of candidates—it can be hard to explain to human beings why AI made a certain decision.

It's a safe guess that upskilling employees and steering them to new careers will be a larger part of talent development professionals' work in the near future. So will efforts to help people work collaboratively using technology. Other new roles might involve mediating the use of social tools for learning and work, helping learners manage their attention, and increasing organizations' social media savvy. Change management will be bigger than ever.

It seems certain that AI will be a defining issue for the next half-century—and a hard one to keep up with because the technology is always advancing. If ever there were a need for lifelong learning, surely it is now. In a recent remark to economist Thomas L. Friedman, IBM CEO Ginni Rometty said, "Every job will require some technology, and therefore we'll have to revamp education. The K-12 curriculum is obvious, but it's the adult retraining—lifelong learning systems—that will be even more important."

If you've worked in the talent development profession for any time at all, you've encountered many champions of lifelong learning, but the habit has not had much traction in the real world of work where leaders have been slow to get on board. There are countless examples of companies that didn't invest in new skill development, especially for frontline workers, until it was too late. But technology's presence in most jobs has changed the picture and focused attention on lifelong learning at the highest levels in organizations. Finally.

One example is telling: Walmart, the biggest employer on the planet, is investing significantly in educating its customer-facing employees for the changes that technology is bringing to large-scale retailing.

These workers' jobs are changing, not just because of technology but because they represent the company in customers' eyes.

Walmart has invested $2.7 billion to train in-store employees how to use new technologies and improve skills for working with customers. Walmart CEO Doug McMillon says, "We know what every retailer knows—that this is a people business."

These days, in spite of ubiquitous technology, what business isn't?