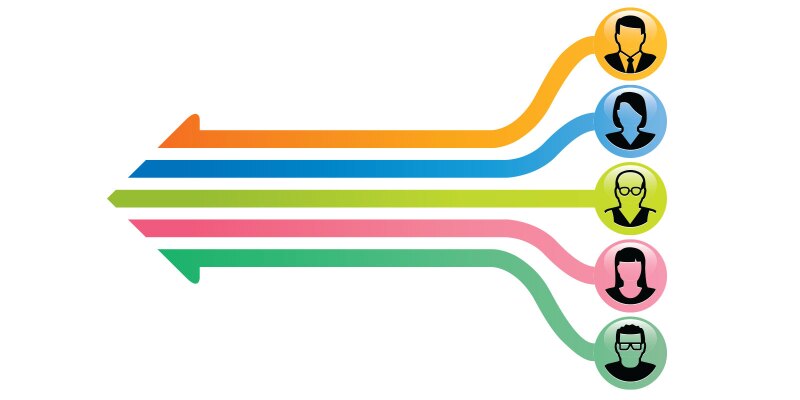 Having these three characteristics increases the likelihood of success for cross-functional teams.

Getting these teams to succeed can be difficult, though. When a team lacks a clear purpose, effective leadership, or individuals with strong people skills, its work often suffers.

That's why the Human Capital Institute, in a recent research report that surveyed 240 workers, The Three I's in Effective Teams, explored the characteristics of effective cross-functional teams: intention, interaction, and influence.

Intention is related to the composition and development of teams. When trying to build an intentional team, the two most important traits to consider are the diversity of a team's skills and abilities (cited by 73 percent of respondents) and having well-defined roles and responsibilities (63 percent). Building teams with those traits is important because, first, they ensure working groups have the talent needed to fulfill their objectives, and second, because the purpose and objective of each person becomes clear.

Interaction is related to how effectively team members communicate and collaborate with one another. To facilitate strong interaction, the Human Capital Institute recommends that organizations cultivate team mindsets by modeling positive team dynamics through training. The report notes that this doesn't happen often, though: Only about one in five companies trains teams on clarifying tasks and responsibilities, managing conflict, improving processes, or understanding a business strategy.

The final characteristic, influence, is related to leadership within and outside of teams. According to the report, the key to building teams with strong internal and external influence is developing people who can set examples for positive team behaviors. "A team leader that models effective communication, maintains accountability, and guides group process is essential," it reads.