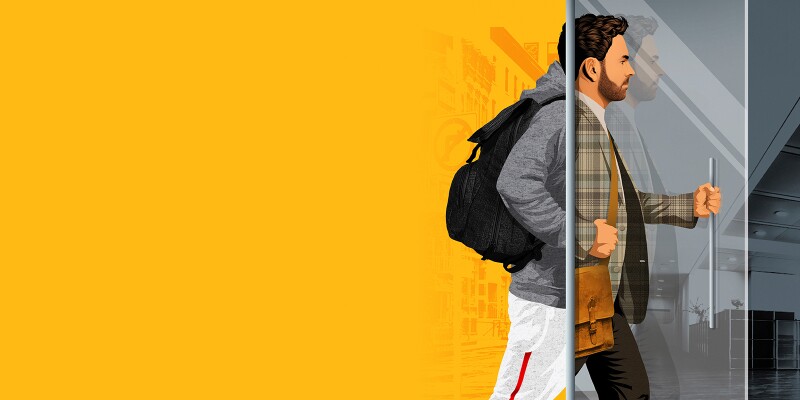 Researchers identify skill development needs for those entering the workforce.

College is a time for students to delve into various subject areas and expand their knowledge as they prepare for their future careers. But is college preparing them with the real-world skills they will need for the workforce?

Gallup surveyed more than 1,600 college graduates who earned degrees between 2010 and 2019 and asked them to identify areas in which they wish they had received more training and education during their undergraduate years. Spoiler alert: Reading, writing, and math aren't in the top three.

Nearly half of college graduates said they wished they had received further training on networking. Respondents also said they would have liked to have received more computer software and organizational skills training.

In addition, the college graduates relayed whether they feel they gained important job-related skills while pursuing their bachelor's degree. Satisfaction levels varied by major. Engineering students were most likely to agree that they received those skills, while those who pursued arts and humanities degrees disagreed. On a positive note, college alumni expressed the most satisfaction with the amount of training and education they received in reading and writing.

Gallup researchers suggest that those views on job readiness could shed light on why the perceived value of a college degree has declined in recent years. But for employers, helping workforce newcomers shore up their networking, computer software, and organizational skills could yield great benefits.

As noted in Sweetrush's 2020 Instructional Design Trends and Learning and Development Trends: From Aspiration to Activation report, access to learning and growth opportunities ranks among the top drivers for attracting and retaining talent. According to the report, "the modern employee is creative, aspirational, and entrepreneurial and they're looking for a company to help them build the skills they need to elevate their careers."

Gallup's findings are not only useful fodder for those in higher education but also can be instrumental for talent development professionals looking to fortify corporate learning efforts targeted to workforce newcomers.