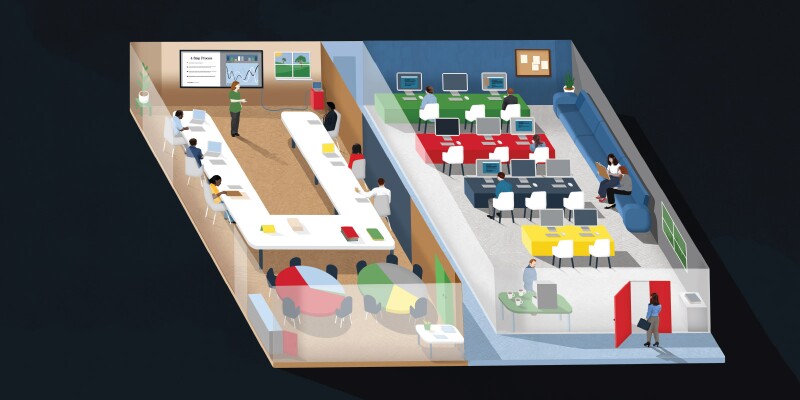 Highlights and key findings from ATD's 2018 State of the Industry report.

Spending on employee learning continued to be healthy in 2017, according to the Association for Talent Development's 2018 State of the Industry report, which American Management Association International and LinkedIn Learning sponsored. About 400 organizations across a broad range of industries, sizes, and locations submitted data on their learning programs. 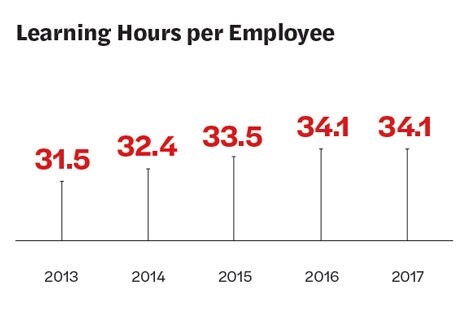 To provide some context, inflation in advanced economies (as defined by the International Monetary Fund, IMF) was 1.7 percent in 2017, the same as the growth in direct learning expenditure. As with previous years, more than 80 percent of participants of the 2018 State of the Industry survey were headquartered in advanced economies. According to the IMF, world growth strengthened in 2017, driven by investment recovery in advanced economies. For emerging market and developing economies, the inflation rate was 4 percent.

The labor market in developed countries (as defined by the International Labour Organization), a grouping similar to the IMF's advanced economies, saw strong performance in 2017. The International Labour Organization reports that in developed countries, the share of the labor force working in manufacturing continued to decline, and the share working in the service sector (which includes financial services, insurance, healthcare, and retail, among other industries) continued to grow.

Where the learning spending goes

Direct learning expenditure can be divided into three categories: internal services, external (outsourced) services, and tuition reimbursement. Internal services include in-house development, delivery and administration expenses, and staff salaries. External services include consulting services, external content development and licenses, and workshops and training programs delivered by outside providers. And tuition reimbursement expenses include programs and courses at colleges and universities, as well as continuing professional education and certification.

In 2017, organizations allocated nearly two-thirds (65 percent) of direct learning expenditure toward internal services. Around a quarter (26 percent) went to external services, and 8 percent went to tuition reimbursement. According to research from the International Foundation of Employee Benefit Plans, more than 80 percent of organizations offer tuition assistance or educational benefits; however, at the majority of employers that offer them, the use rate is 5 percent (or one in 20 employees) or lower. 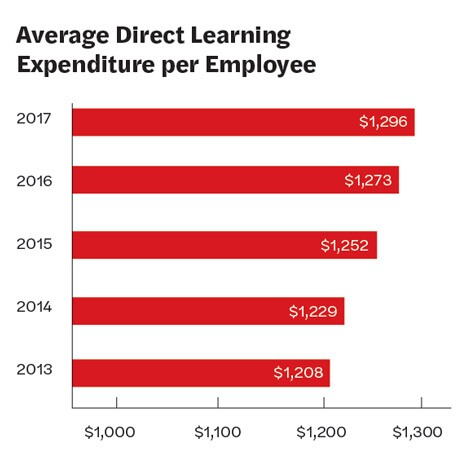 The report cautions that organizations should consider their workforce size and industry grouping when benchmarking learning spending and activities. Larger employers can provide the same offerings at a lower cost per person because they can spread out the development and delivery costs over more employees (economies of scale).

Differences also can be seen across industry groupings. Finance, insurance, and real estate (FIRE) companies spent, on average, $1,147 per employee on direct learning expenditure but saw their employees use 36.3 hours of learning (recall that the average across all companies was 34.1 hours). Regulation may put upward pressure on the number of learning hours for FIRE firms.

By contrast, the average direct learning expenditure for manufacturers was $614, with an average of 30.2 learning hours used. Not only are manufacturers often large, but also content may not need to be specialized or updated frequently, and manufacturers are more likely to be headquartered in or have operations in emerging market and developing economies, where the costs of goods and services and salaries are lower.

Management consulting firms spent an average of more than $2,000 per employee on direct learning expenditure, with an average of 38.9 learning hours used. Their employees may require specialized knowledge, and these firms are often small or midsize.

The skills that matter

Managerial and supervisory training held the top spot in 2014, 2015, and 2016 as well. Training managers is critical, because managers are the biggest variable in employee performance and engagement, according to Gallup research. Although mandatory and compliance training ranked second overall, its importance varies greatly by industry grouping, because some such groupings are subject to many more regulations.

Companies delivered slightly more than half of the formal learning hours available and used in 2017 via the traditional, live, face-to-face classroom. Live instructors continue to play a large role. More than two-thirds of all formal hours delivered were live instructor-led (a grouping that includes the traditional classroom, virtual synchronous classrooms, teleconference, and satellite).

Self-paced online delivery (e-learning) accounted for 24 percent of hours available and 23 percent of hours used in 2017. Both these figures have increased from previous years. ATD's research in Next Generation E-learning: Skills and Strategies found that e-learning use is expected to continue to grow, with the percentage of companies offering the majority of their learning assets as e-learning doubling between 2017 and 2022. All self-paced methods together account for 29 percent of all formal hours available (this includes e-learning, self-paced print, and non-networked self-paced methods).

The aforementioned available and used formal learning hours only account for standalone learning occurring separately from job activities. However, at many organizations, learning experiences that happen during work are essential to employee development. Recognizing this, ATD Research asked respondents of the 2018 State of the Industry survey to assess their organizations' commitment to on-the-job learning activities (defined as any learning that is not a standalone activity and is intertwined with work activities). 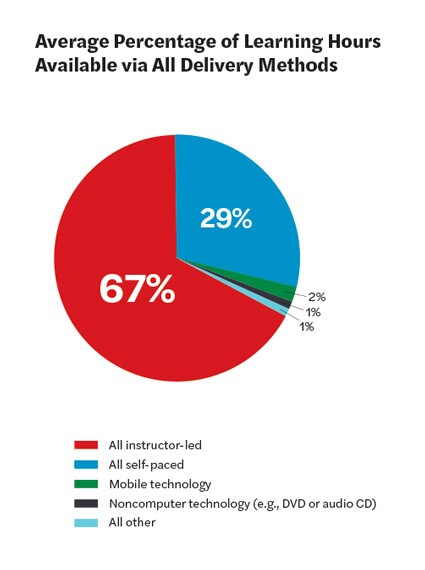 Who was surveyed and how the survey was conducted

The target survey population was organizations of various sizes and industries. ATD distributed a link to an online survey to the target population in June 2018. The survey closed in August.

A total of 399 unique organizations submitted data for fiscal or calendar year 2017. All organization-level data are confidential; responses are aggregated, and only summary statistics across groups are reported.

Download the 2018 State of the Industry report at www.td.org/SOIR2018 or in the ATD Publications app.

A Word About Benchmarking

The data presented in this report will aid readers in benchmarking their own organizations' learning expenditures and activities against those of other organizations. To make benchmarking comparisons more meaningful, readers should review the data by industry and workforce size groupings when possible.

However, be aware that all figures reported here are averages across groups, and the circumstances that your own company faces may be vastly ­different from those that the average participating company or even the average company in their industry faces. Therefore, organizations should not aim to replicate the numbers provided in this report but rather use the data as a benchmark so they can better understand their own learning expenditures and activities, as well as those of their peers.

About the Author
Maria Ho

Maria Ho is the manager of ATD research services. She serves as ATD's senior research program strategist and designer and provides oversight and direction for all of ATD's internal and external, industry specific, and market research services. Prior to joining ATD, Maria was a public policy researcher, data analyst, and writer at the Pew Charitable Trusts in Washington, D.C.