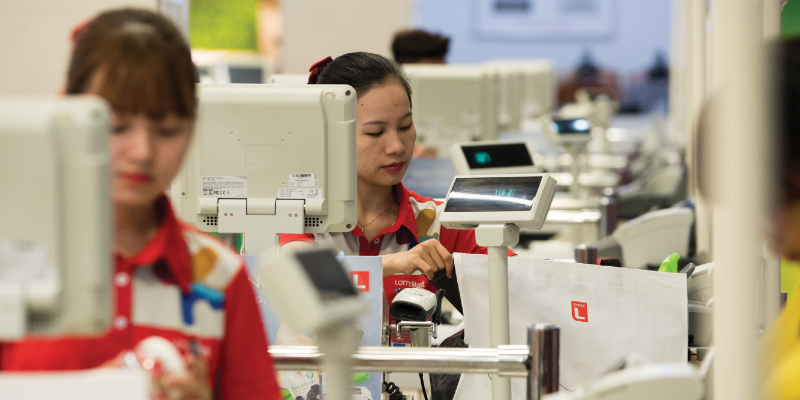 Lotte, which is often called the Walmart of South Korea, was founded more than 50 years ago and is now the country's fifth-largest company. It began in food service, made the jump to the retail industry (where it was extremely successful), and then expanded into several other sectors. Today, Lotte operates businesses in the retail, food service, petrochemical technology, and hospitality fields in 25 countries around the world. However, all those industries requi