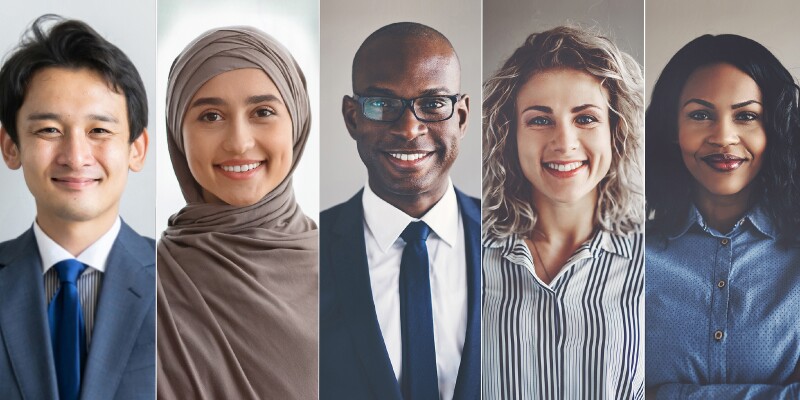 Diversity in the C-Suite Is Needed

US and UK companies lack gender and ethnic diversity among executives.

Organizations across the world are quick to voice support for diversity and inclusion in the workplace. However, McKinsey & Company's Diversity Wins—the third in a series of D&I-focused reports—reveals that gender and ethnic diversity is still lacking in the C-suite.

Since 2014, McKinsey & Company has surveyed 365 large UK- and US-based organizations, finding only minute movement toward increased cultural and gender diversity representation in the executive suite. Organizations with women on the executive team rose from 15 percent in 2014 to 20 percent in 2019. At that rate, researchers say it will take 24 and 29 years for UK and US companies, respectively, to achieve gender parity on executive teams.

In 2017, researchers expanded their focus globally, surveying more than 1,000 large companies in 15 countries. Findings show only a single percentage point in change: from 14 percent in 2017 to 15 percent in 2019.

According to the findings, businesses may miss out on financial gains by failing to be more inclusive. UK and US companies with female executive-team representation exceeding 30 percent are significantly more likely to outperform those with between 10 percent and 30 percent women in the C-suite. The data further reveals that organizations with ethnically diverse executive teams outperform those lacking such representation.

In Diversity Wins, researchers highlight two critical barriers preventing organizations from building a truly inclusive culture: publicly committing to diversity and then not following through and not addressing inclusion bias.

The report identifies a critical step that companies seeking progress in those areas must take: Develop a systematic, business-led approach to D&I. By doing so, organizations will likely see upticks in profitability and performance. Workers who believe they are part of a fair workplace with equal opportunities are three times more likely to acknowledge they are happy with their career and continue working for the organization.