Don't "Do Right"—Do the Right Things 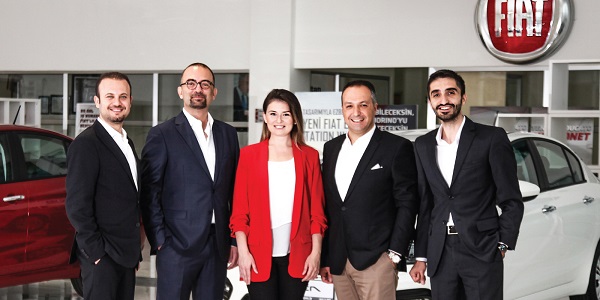 What does a company do when it learns that achieving perfection doesn't guarantee success today? It adopts new goals that make it skilled and competitively unpredictable.

The challenges facing Turkish automaker Tofaş are familiar to businesses everywhere: to compete successfully in a volatile and uncertain world and win the race for talent by answering the oft-heard question, "What's in it for me?"

"It is clear that achieving perfection in everything we do will not be sufficient," lamented Tofaş CEO Cengiz Eroldu following an earnest campaign that included an overhaul of its talent development operation. That effort began in 2012 with the creation of a modern university named Tofaş Academy to replace its technical training department. It launched numerous L&D services and curriculums for its 9,000 employees, 6,000 dealer staff, and 2,000 supplier personnel.

But only four years later, Eroldu decided that the approach would not overcome three obstacles—the unyielding pressures on executives for immediate results; a need for more knowledge workers; and its younger employees' demands for flexibility, meaningful jobs, prompter rewards, and a favorable work-life balance.

To be truly successful, he says, Tofaş needed to be a more agile company—transform from an operation that "does right" in its pursuits to one that "does the right things" that make it competitively unpredictable.

The initiative called for re-inventing Tofaş Academy into the virtual intersection between management's priorities and employees' expectations, says the academy's manager, Selcuk Alimdar. How? By providing a unique and personalized learning experience for all employees and associates, he says. By doing so, he contends, it will help transform Tofaş into an "ambidextrous organization" that ensures operational excellence while preparing employees for the future.

Tofaş is jointly owned by Fiat Chrysler and Koc Holding. It manufactures autos for Fiat in Turkey and exports to 80 countries. Moreover, it manages the sales and after-sales business for Fiat, Alfa Romeo, Jeep, Ferrari, and Maserati in Turkey.

The relaunch project began in late 2016 and was rolled out in increments last year as Academy 2.0.

The new organization is defined by several strategic pillars, Alimdar says. They include developing "leaders of the future" who champion the philosophy of the late consultant Peter Drucker to think as leaders, not managers. Another is to endorse networking opportunities by incorporating outside talents who can help its employees create excellence, improve products, and innovate.

To achieve management's vision, the academy has to reach beyond traditional L&D roles to become a true incubation center for the company, Alimdar reveals. That means helping other teams within Tofaş deliver innovative products and processes. "We train, coach, and mentor these project teams and provide space for them to work," he explains. Alimdar claims it is rare for corporate universities to take on such roles.

The three principal tools in its incubation kit are design thinking, agility, and Lean startup approaches, he says. Alimdar notes that while design thinking is gaining popularity as a management tool, its use in the TD space is also innovative.

Design thinking engages employees in the design, planning, and testing stages of a project, which in the academy's case concerns content development. It is being used there in 15 design projects, including one training program on manufacturing processes that is improving the very processes at issue, he reports. The practice also elevates the academy into the role of a "method house" at Tofaş, because it disseminates the methodology among participating organizations by teaching, coaching, and mentoring on the technique, Alimdar explains.

Tofaş Academy created a "TD curation website" (www.TofasAkademi.com) to support its vision of inspiring other corporate universities with its pioneering and innovative practices. The academy staff curate content for TD professionals throughout the world.

Another novel practice the academy designed is a TD networking process and software. To support its mission to provide best-fit solutions, the company needed to establish and maintain a network of best-in-class trainers and consultants. The accompanying software "is like a CRM tool with gamification to strengthen bonds with the external network," Alimdar says.

The Experience Hub. This "new generation" behavioral development platform is targeted to employees' need to learn, produce know-how, and transfer their learning to behavior. It integrates three different learning methods—in-class training, coaching, and project work—to emphasize on-the-job learning. Alimdar calls it a more efficient learning method that facilitates learning transfer. By integrating the familiar 70-20-10 approach (in-class training, self-learning, and on-the-job training) with active participation, participants can adapt learning to their own contexts, he says. The initiative also relies on carefully selected instructors who are both trainer and coach.

Brand redefinition. Tofaş Academy isn't just a TD institute with a logo. It has its own personality with defined likes and dislikes. That includes its taste in music, favorite foods and colors, and a refined nose. Why? "We redefined our brand in a holistic way like any commercial brand," Alimdar explains. "It allows us to create a consistent and effective communications strategy before our audience."

Gamification. To help train young employees how to sell and repair cars, among many other tasks, the academy has heavily embraced gamification. Not only does it engage the audience more fully than traditional teaching methods, it can be developed inexpensively, Alimdar insists. There are no expensive video games here. Competitors gain points, badges, and invitations to additional learning quests.

Interactive video. An in-house video production team produces learning content on a barrage of relevant topics, such as maintaining robots, selling cars, and repairing autos. Users can access more than 10,000 videos at any time from its web-based platform or other sellers.

Learning from the top. The CEO and all other senior managers maintain high profiles on the employee-development front. Eroldu is a critical stakeholder in defining learning in the company and the principal supporter of the Academy 2.0 initiative. He also is a frequent speaker at learning-related functions and an active participant in initiatives, says Alimdar. Some top managers are frequent coaches for high potentials, frontline staff, and middle management personnel. And several directors instruct on issues such as developing problem-solving skills.

Paul Harris is a freelance writer in Alexandria, Virginia.