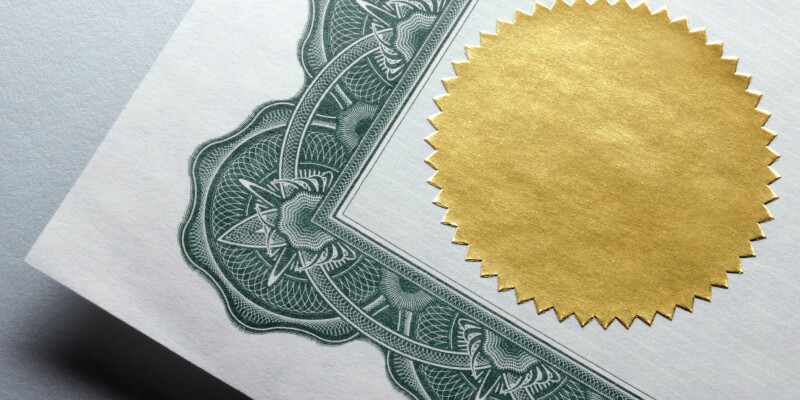 Earning a Certificate Can Lead to Increased Wages

Report reveals the benefits of earning a credential.

In "5 Online Education Trends to Watch in 2017," U.S. News & World Report listed greater emphasis on nontraditional credentials among them. It's a trend that Education Dive also noted for 2018: "Certificates, credentials and job-related curricula are becoming increasingly more important considerations for leaders of traditional institutions."

The 2018 report Certificates in Oregon: A Model for Workers to Jump-Start or Reboot Careers, issued by the Georgetown University Center on Education and the Workforce, examines the trend in that state.

The report defines certificate holders as "workers who have completed a certificate awarded by an Oregon community college, but who have not earned an associate's degree or a transfer-related academic certificate during the study's time frame."

Oregon's trends include creating new options around certificate programs, including "stackable" certificates that are fashioned in such a way as to lead to employment and further education. What can employees and students expect from earning a credential?

Benefits for young, inexperienced, and noneducated workers are greater. Certificate recipients ages 29 and younger generally see substantial gains, in some cases more than doubling the salary they earned before enrolling in the certificate program.

Older workers initially face a decline in wages but then see a rebound. Recipients ages 30 through 44 face an initial decline in earnings after obtaining a certificate but then recover. However, recipients 45 years and older are slower to recover from the decline and often do not reach their precertificate earning level.

The field of study an individual pursues also makes a difference in his earnings, with certificates in business, public administration, and biological sciences leading to the highest earnings.