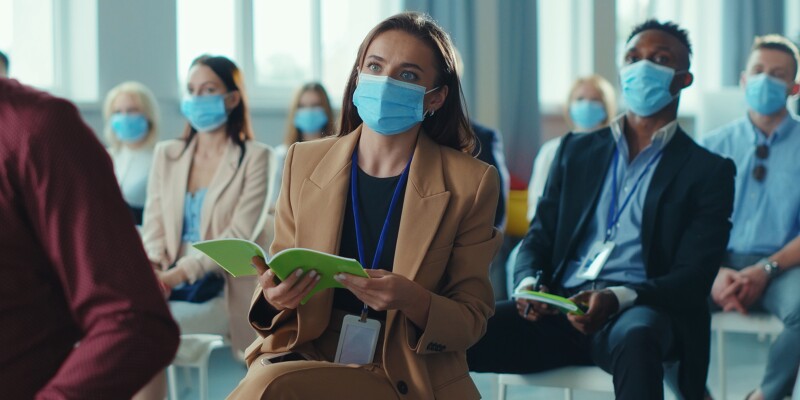 Focus on opportunities for government employees to share their stories.

Diversity, equity, and inclusion efforts have garnered heightened attention in the past year or more in both the public and private sectors. But in fall 2020, DEI training was temporarily halted for the US federal government. To get a better idea of how federal workers felt about the training freeze, the Government Business Council conducted a survey of more than 1,000 employees.

It reveals that less than one-fifth of respondents believe the trainings promoted divisiveness. Instead, more than half described the move to cut diversity training as "counterproductive."

Delving deeper, the council found that most federal workers support DEI training. More than two-thirds said the training efforts are vital to business success, and more than half believe they add value and promote understanding.

And it’s not just about DEI training—almost three-quarters of federal employees said it is important or extremely important to have diversity in federal agencies. They likewise called out that misunderstandings of their identities increase the difficulty of doing their job, more so for people of color.

For comparison, a 2015 Government Business Council study found that 44 percent of surveyed workers said their agencies have the right amount of focus on DEI—that’s up from 29 percent in the prior survey. And the percentage of those reporting being misunderstood is down 12 percent.

So how can talent development professionals support DEI efforts in federal agencies? In their article "Don’t Cancel Federal Diversity Training, Fix It," Susan S. Harmeling, an associate professor of clinical entrepreneurship, and Charles M. Henderson, a global diversity and leadership consultant, first advise against "mandatory trainings or cookie-cutter seminars with slides explaining ‘implicit bias’ or other forms of bias and discrimination." They note that those are both ineffective and counterproductive.

Instead, they recommend using "a narrative approach where employees lead with the stories of their lives." They point out that storytelling helps increase mutual understanding and by extension trust. "Based on our research, we feel that the only way up from the current low point of race relations in this country is through stories, which inherently lead to a sense of inclusion in the broader American experiment."